Insidiously and incrementally, we are in the process of normalizing violence against the elected president of the United States. If all this fails to delegitimize Trump, fails to destroy his health, or fails to lead to a 2018 midterm Democratic sweep and subsequent impeachment, expect even greater threats of violence. The Resistance and rabid anti-Trumpers have lost confidence in the constitutional framework of elections, and they’ve flouted the tradition by which the opposition allows the in-power party to present its case to the court of public opinion. 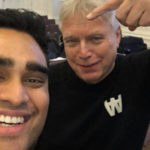