Ma Yun, until recently China’s richest individual, is in detention in a Chinese cell, is in hiding in China, is “embracing supervision” from the ruling Communist Party, or is in Singapore after having evaded Chinese authorities. One observer even argues Ma’s disappearance, the object of intense speculation in China and elsewhere, is nothing more than a ruse.

The record shows that during its stint on the UN Security Council, Germany voted for dozens of resolutions — many of which smack of anti-Semitism — that singled out Israel, the only democracy in the Middle East.

‘We Will Squash Them’: The Persecution of Christians, November 2020

“Islamic militants turned a village soccer field in northern Mozambique into an execution ground when they beheaded more than 50 people during three days of savage violence between Friday, November 6, and Sunday, November 8…. I”

Dirty cops are killing Americans, directly and indirectly. In a border community like El Paso, the Mexican cartels have an insidious, silent and powerful control that few people wish to acknowledge or accept.

France Is Still Under Attack

“For Muslims, Islamic law has God as its author. Any other legislator is illegitimate. When people live under laws other than this one, not only do they sin if they accept this state of affairs, but they also live under the reign of injustice and oppression.”

The question at the core of the internal EU conflict over migration in Europe is not practical but political: whether the EU should take any migrants at all.

Are the American Media Legitimizing Terror Attacks in France?

After the Charlie Hebdo massacre in 2015, Tony Barber wrote in the Financial Times that the massacred journalists and cartoonists had been “stupid”. It recently happened again. 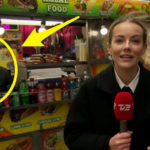