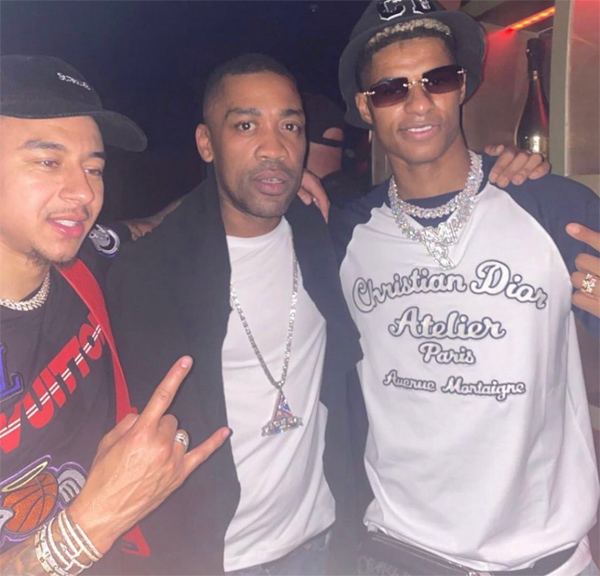 “So here’s a question – why has none of this happened following the publication of a photograph of football heroes Marcus Rashford and Jesse Lingard alongside grime artist Wiley? Wiley is a racist. He’s the David Irving of grime. His loathing for Jews has seen him banned from every social-media platform. Jews are ’snakes’ and ‘cowards’, he says. They’re ‘Satanic’. He thinks Hitler may have had a point. ‘Why did Hitler hate [Jews]? For nothing?’, he asked in one of his deranged video tirades. And yet there are those two role models Rashford and Lingard with their arms around him in a photo reportedly taken in Dubai on Sunday, and not much has happened. Some headlines, sure, but that’s it. The woke set isn’t raging. Social media is not alight with anger. Football is not about to collapse. Rashford and Lingard will be fine.

How do we explain this stark double standard? Why is it a dead cert that if a top sportsman had associated with any other kind of racist – an anti-black racist or an anti-Muslim bigot – then his career would be history by now? We don’t even need the imaginary scenario outlined above to know how different such a situation would have been.

… There are two explanations for why the Wiley pic isn’t hitting as hard as a photo of a white cricket or tennis star grinning with a KKK nutter would have. For why the cancel-culture mob has stood down, for once, and said: ‘We’ll let this one pass.’ It’s either because the photo features Marcus Rashford who, with good cause, has become a national treasure. … Perhaps people are giving him the benefit of the doubt. Or it’s because the kind of racism spouted by Wiley – hatred for the Jewish people – just isn’t taken as seriously by the identitarian elites as other forms of racial bigotry are.

… Rashford and Lingard have made clear their distaste for anti-Jewish racism and that should be an end to it. And yet that question still lingers, like a bad smell in the world of woke politics – why are Jews always treated differently? Famous sportsmen are photographed next to an anti-Semite and woke’s normally noisy warriors against racism say nothing. … As for the problem of black anti-Semitism, which is a fairly serious problem in the US, or Muslim anti-Semitism, which is a pox in parts of the UK, don’t even go there. You’ll be branded racist and Islamophobic for broaching such problems. In the eyes of the woke mob, it is basically ‘Islamophobic’ to talk about anti-Semitism.

There is a fairly straightforward explanation for all of this: it’s because identity politics is not anti-racism.“ 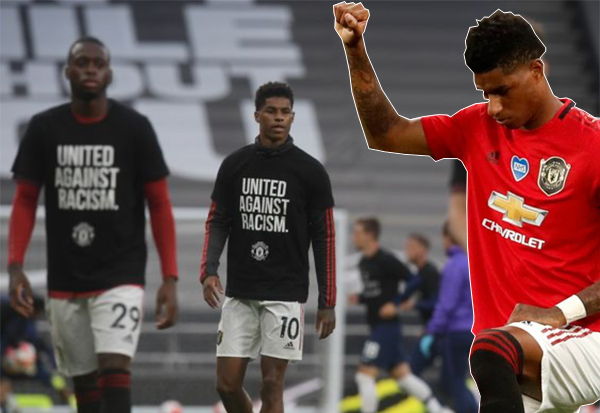 “Footballers like Rashford and Lingard take the knee against racism and then hang out with a man who views Jews as snakes.” (Brendal O’neill)