Norm Macdonald: ‘It’s true that you have a disease and everything, but I think you’ve got the best one’ 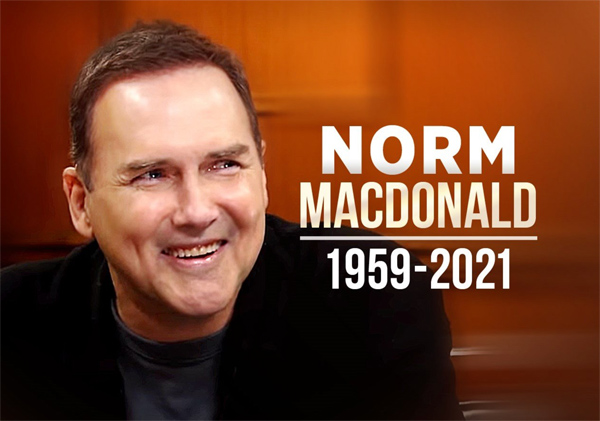 “My buddy Richie, he has the disease of alcoholism. And he came to me… and he told me, and I’m the kind of guy that likes to look at the bright side of things. So I told him, I said, ‘Richie, it’s true that you have a disease and everything, but I think you’ve got the best one.’

You know, I don’t think Richie would go to my Uncle Bert and go, ‘Hey, I understand you got bowel cancer. Oh man, I know how you feel, I gotta drink a lot of booze. What’s your symptoms, Uncle Bert?’

‘Well, my bowel, I got blood pouring out of it all the time? and I got searing, clawing pains? ripping, tearing, mind-screeching bowel pains? and they’re combined with aching, dull, soul-deadening bowel pain. Those are basically my symptoms; how ‘bout you?’

‘I get happy. I tend to be able to talk to people easier, I find. Sometimes, I’ll meet a lady at a bar, got the same disease I do, and I’ll fuck her. That’s in the latter stages of the disease.”