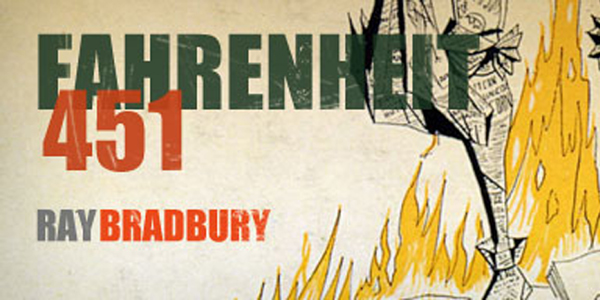 The European Union (EU), in partnership with Facebook, Twitter, YouTube and Microsoft, has unveiled a “code of conduct” to combat the spread of “illegal hate speech” online in Europe.

Proponents of the initiative argue that in the aftermath of the recent terrorist attacks in Paris and Brussels, a crackdown on “hate speech” is necessary to counter jihadist propaganda online.

Opponents counter that the initiative amounts to an assault on free speech in Europe. They say that the EU’s definition of “hate speech” and “incitement to violence” is so vague that it could include virtually anything deemed politically incorrect by European authorities, including criticism of mass migration, Islam or even the European Union itself.

Some Members of the European Parliament have characterized the EU’s code of online conduct — which requires “offensive” material to be removed from the Internet within 24 hours, and replaced with “counter-narratives” — as “Orwellian.”

The “code of conduct” was announced on May 31 in a statement by the European Commission, the unelected administrative arm of the European Union. A summary of the initiative follows:

“By signing this code of conduct, the IT companies commit to continuing their efforts to tackle illegal hate speech online. This will include the continued development of internal procedures and staff training to guarantee that they review the majority of valid notifications for removal of illegal hate speech in less than 24 hours and remove or disable access to such content, if necessary.

“The IT companies will also endeavor to strengthen their ongoing partnerships with civil society organisations who will help flag content that promotes incitement to violence and hateful conduct. The IT companies and the European Commission also aim to continue their work in identifying and promoting independent counter-narratives [emphasis added], new ideas and initiatives, and supporting educational programs that encourage critical thinking.”

Excerpts of the “code of conduct” include:

“The IT Companies share the European Commission’s and EU Member States’ commitment to tackle illegal hate speech online. Illegal hate speech, as defined by the Framework Decision 2008/913/JHA of 28 November 2008 on combating certain forms and expressions of racism and xenophobia by means of criminal law and national laws transposing it, means all conduct publicly inciting to violence or hatred directed against a group of persons or a member of such a group defined by reference to race, color, religion, descent or national or ethnic origin….

“The IT Companies support the European Commission and EU Member States in the effort to respond to the challenge of ensuring that online platforms do not offer opportunities for illegal online hate speech to spread virally. The spread of illegal hate speech online not only negatively affects the groups or individuals that it targets, it also negatively impacts those who speak out for freedom, tolerance and non-discrimination in our open societies and has a chilling effect on the democratic discourse on online platforms.

“While the effective application of provisions criminalizing hate speech is dependent on a robust system of enforcement of criminal law sanctions against the individual perpetrators of hate speech, this work must be complemented with actions geared at ensuring that illegal hate speech online is expeditiously acted upon by online intermediaries and social media platforms, upon receipt of a valid notification, in an appropriate time-frame. To be considered valid in this respect, a notification should not be insufficiently precise or inadequately substantiated.

“The IT Companies, taking the lead on countering the spread of illegal hate speech online, have agreed with the European Commission on a code of conduct setting the following public commitments:

The agreement also requires Internet companies to establish a network of “trusted reporters” in all 28 EU member states to flag online content that “promotes incitement to violence and hateful conduct.”

The EU Commissioner for Justice, Consumers and Gender Equality, Vĕra Jourová, has defended the initiative:

“The recent terror attacks have reminded us of the urgent need to address illegal online hate speech. Social media is unfortunately one of the tools that terrorist groups use to radicalize young people and racists use to spread violence and hatred. This agreement is an important step forward to ensure that the internet remains a place of free and democratic expression, where European values and laws are respected. I welcome the commitment of worldwide IT companies to review the majority of valid notifications for removal of illegal hate speech in less than 24 hours and remove or disable access to such content, if necessary.”

Others disagree. The National Secular Society (NSS) of the UK warned that the EU’s plans “rest on a vague definition of ‘hate speech’ and risk threatening online discussions which criticize religion.” It added:

“The agreement comes amid repeated accusations from ex-Muslims that social media organizations are censoring them online. The Council of Ex-Muslims of Britain has now begun collecting examples from its followers of Facebook censoring ‘atheist, secular and ex-Muslim content’ after false ‘mass reporting’ by ‘cyber Jihadists.’ They have asked their supporters to report details and evidence of any instances of pages and groups being ‘banned [or] suspended from Facebook for criticizing Islam and Islamism.'”

“Far from tackling online ‘cyber jihad,’ the agreement risks having the exact opposite effect and entrapping any critical discussion of religion under vague ‘hate speech’ rules. Poorly-trained Facebook or Twitter staff, perhaps with their own ideological bias, could easily see heated criticism of Islam and think it is ‘hate speech,’ particularly if pages or users are targeted and mass reported by Islamists.”

In an interview with Breitbart London, the CEO of Index on Censorship, Jodie Ginsburg, said:

“Hate speech laws are already too broad and ambiguous in much of Europe. This agreement fails to properly define what ‘illegal hate speech’ is and does not provide sufficient safeguards for freedom of expression.

“It devolves power once again to unelected corporations to determine what amounts to hate speech and police it — a move that is guaranteed to stifle free speech in the mistaken belief this will make us all safer. It won’t. It will simply drive unpalatable ideas and opinions underground where they are harder to police — or to challenge.

“There have been precedents of content removal for unpopular or offensive viewpoints and this agreement risks amplifying the phenomenon of deleting controversial — yet legal — content via misuse or abuse of the notification processes.”

A coalition of free speech organizations, European Digital Rights and Access Now, announced their decision not to take part in future discussions with the European Commission, saying that “we do not have confidence in the ill-considered ‘code of conduct’ that was agreed.” A statement warned:

“In short, the ‘code of conduct’ downgrades the law to a second-class status, behind the ‘leading role’ of private companies that are being asked to arbitrarily implement their terms of service. This process, established outside an accountable democratic framework, exploits unclear liability rules for online companies. It also creates serious risks for freedom of expression, as legal — but controversial — content may well be deleted as a result of this voluntary and unaccountable take-down mechanism.

“This means that this ‘agreement’ between only a handful of companies and the European Commission is likely in breach of the EU Charter of Fundamental Rights (under which restrictions on fundamental rights should be provided for by law), and will, in practical terms, overturn case law of the European Court of Human Rights on the defense of legal speech.”

Janice Atkinson, an independent MEP for the South East England region, summed it up this way: “It’s Orwellian. Anyone who has read 1984 sees its very re-enactment live.”

Even before signing on to the EU’s code of conduct, social media sites have been cracking down on free speech, often at the behest of foreign governments.

In September 2015, German Chancellor Angela Merkel was overheard on a live microphone confronting Facebook CEO Mark Zuckerberg on what he was doing to prevent criticism of her open-door immigration policies.

In January 2016, Facebook launched an “Online Civil Courage Initiative” aimed at Facebook users in Germany and geared toward “fighting hate speech and extremism on the Internet.”

Writing for Gatestone Institute, British commentator Douglas Murray noted that Facebook’s assault on “racist” speech “appears to include anything critical of the EU’s current catastrophic immigration policy.” He wrote:

“By deciding that ‘xenophobic’ comment in reaction to the crisis is also ‘racist,’ Facebook has made the view of the majority of the European people (who, it must be stressed, are opposed to Chancellor Merkel’s policies) into ‘racist’ views, and so is condemning the majority of Europeans as ‘racist.’ This is a policy that will do its part in pushing Europe into a disastrous future.

Facebook has also set its sights on Gatestone Institute affiliated writers. In January 2013, Facebook suspended the account of Khaled Abu Toameh after he wrote about corruption in the Palestinian Authority. The account was reopened 24 hours later, but with the two posts deleted and no explanation. Abu Toameh wrote:

“It’s still a matter of censorship. They decide what’s acceptable. Now we have to be careful about what we post and what we share. Does this mean we can’t criticize Arab governments anymore?”

In June 2016, Facebook suspended the account of Ingrid Carlqvist, Gatestone’s Swedish expert, after she posted a Gatestone video to her Facebook feed — called “Sweden’s Migrant Rape Epidemic.” In an editorial, Gatestone wrote:

“After enormous grassroots pressure from Gatestone’s readers, the Swedish media started reporting on Facebook’s heavy-handed censorship. It backfired, and Facebook went into damage-control mode. They put Ingrid’s account back up — without any explanation or apology. Ironically, their censorship only gave Ingrid’s video more attention.

“Facebook and the EU have backed down — for now. But they’re deadly serious about stopping ideas they don’t like. They’ll be back.”

Soeren Kern is a Senior Fellow at the New York-based Gatestone Institute. He is also Senior Fellow for European Politics at the Madrid-based Grupo de Estudios Estratégicos / Strategic Studies Group. Follow him on Facebook and on Twitter. His first book, Global Fire, will be out in 2016.