“Protesters gathered outside of the Columbus police headquarters for hours on Tuesday after 16-year-old Ma’Khia Bryant was identified by her family as the victim in the police shooting.

… Bodycam footage from the responding officers shows the teenager brandish a knife and charge toward one female who falls backwards, before moving towards another.

A slow-motion version of the footage shows the second victim falling against a car as the knife-wielding youth raises the weapon as if about to stab her, as an officer opens fire on the teenager. …

Following the fatal shooting on Tuesday, hundreds of protesters gathered outside of the Columbus police headquarters, with many pushing past barriers set up to get closer to the building.

The crowd chanted ‘Bryant’ as they approached officers outside of the building… at a separate demonstration earlier in the day, members of Mothers of Murdered Columbus Children and other protesters gathered in the area of the shooting, with one person reportedly carrying a sign that read ‘enough is enough’.

Protesters with Black Lives Matters signs later joined the crowd of onlookers at the scene as the night progressed.

‘We don’t get to celebrate nothing,’ K C Taynor said through a megaphone of the verdict in the George Floyd trial, according to The Columbus Dispatch. ‘In the end, you know what, you can’t be Black.’“ 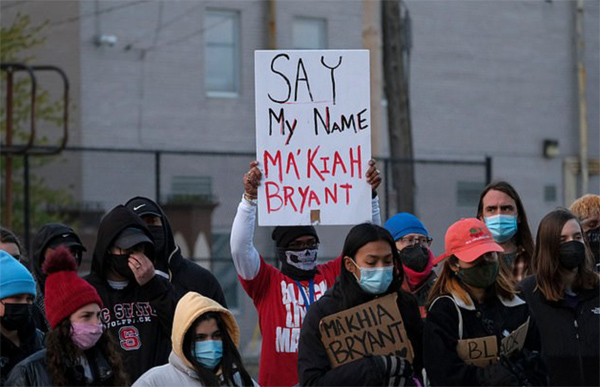 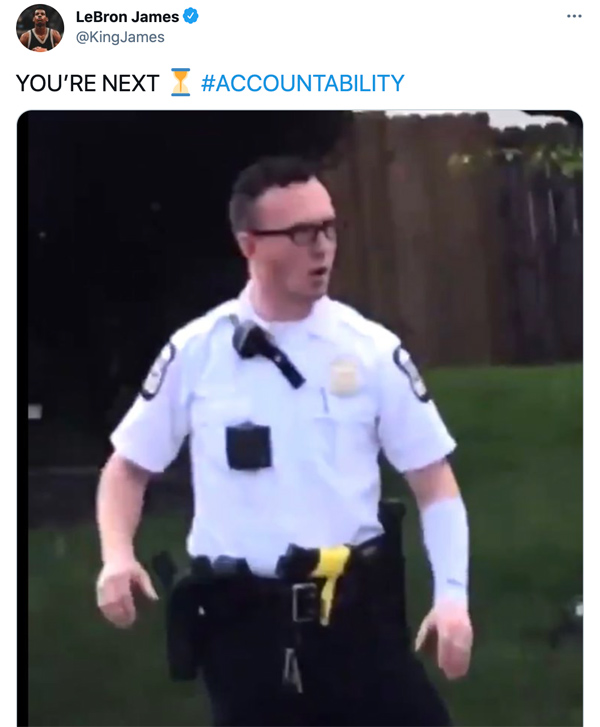