A close examination of Germany’s voting patterns at the UN over the past several years reveals a troubling double standard on a range of issues, especially on human rights, which the German government claims to be “a cornerstone” of its foreign policy. Pictured: Germany’s Foreign Minister Heiko Maas (left) and Ambassador to the UN, Christoph Heusgen attend a UN Security Council meeting on March 28, 2018 in New York. (Photo by Angela Weiss/AFP via Getty Images)

Germany’s two-year term as a non-permanent member of the United Nations Security Council ended on December 31, 2020. The German Foreign Ministry, in a self-congratulatory compilation of its supposed achievements to “strengthen the international order,” declared that Germany now deserves to obtain a permanent seat on the UN Security Council.

A closer examination of Germany’s voting patterns at the UN over the past several years, however, reveals a troubling double standard on a range of issues, especially on human rights, which the German government claims to be “a cornerstone” of its foreign policy.

The record shows that during its stint on the UN Security Council, Germany voted for dozens of resolutions — many of which smack of anti-Semitism — that singled out Israel, the only democracy in the Middle East.

Germany also voted for resolutions condemning the United States, which guarantees not only German but European security, stability and prosperity.

In 2020, Germany voted 13 times to condemn Israel, but failed to introduce a single resolution on the human rights situation in China, Cuba, Pakistan, Saudi Arabia, Turkey or Venezuela — or on 175 other countries, according to UN Watch, a Geneva-based, independent non-governmental watchdog group.

One of the resolutions approved by Germany referred to Jerusalem’s Temple Mount solely by its Muslim name of Haram al-Sharif. The executive director of UN Watch, Hillel Neuer, said:

“The UN today showed contempt for both Judaism and Christianity by passing a resolution that makes no mention of the name Temple Mount, which is Judaism’s holiest site, and which is sacred to all who venerate the Bible, in which the ancient Temple was of central importance.”

“While nearly all EU countries backed 13 out of 17 UNGA resolutions singling out Israel this year, they failed to introduce even one resolution for women’s right activists jailed and tortured in Saudi Arabia, dissident artists arrested in Cuba, journalists thrown behind bars in Turkey, religious minorities attacked in Pakistan, and opposition members persecuted in Venezuela, where more than five million people have fled government repression, hunger and economic collapse.”

In 2019, Germany voted 15 times to condemn Israel, but introduced zero condemnations of human rights abusers such as China, Cuba, Pakistan, Saudi Arabia, Turkey and Venezuela, according to UN Watch. One of the texts approved by Germany portray Israel as “occupying” the Jewish Quarter of Jerusalem and the holiest sites of Judaism.

On November 15 — on just one day — Germany voted for seven anti-Israel resolutions and abstained but did not reject another. There were no condemnations of any other country in the rest of the world on that day. The texts condemned Israel for “repressive measures” against Syrian citizens in the Golan Heights, renewed the mandate of the corrupt UN Relief and Works Agency (UNRWA), and renewed the mandate of a UN special committee to investigate “Israeli practices affecting the human rights of the Palestinian people.” None of resolutions mentioned Hamas or Palestinian Islamic Jihad.

“The UN’s assault on Israel with a torrent of one-sided resolutions is surreal. Days after the Palestinian Islamic Jihad terrorist group assaulted Israeli civilians with a barrage of 200 rockets — while the UN’s General Assembly and Human Rights Council stayed silent — the world body now adds insult to injury by adopting eight lopsided condemnations, whose only purpose is to demonize the Jewish state.

“While France, Germany, Sweden and other EU states are expected to support 15 out of a total of 20 resolutions to be adopted against Israel by December, the same European nations have failed to introduce a single UNGA resolution on the human rights situation in China, Venezuela, Saudi Arabia, Belarus, Cuba, Turkey, Pakistan, Vietnam, Algeria, or on 175 other countries.

“Four of today’s resolutions concern UNRWA — yet none mentions that the agency chief was just fired after top management engaged in what the UN’s own internal probe described as ‘sexual misconduct, nepotism, retaliation, discrimination and other abuses of authority, for personal gain.’ All EU states are complicit in this conspiracy of silence.

“It’s astonishing. After the Syrian regime has killed half a million of its own people, how can the UN call for more people to be handed over to Assad’s rule? The text is morally galling, and logically absurd.

“Today’s resolutions claim to care about Palestinians, yet the UN is oblivious to more than 3,000 Palestinians who have been slaughtered, maimed and expelled by Assad’s forces.

“Today’s farce at the General Assembly underscores a simple fact: the UN’s automatic majority has no interest in truly helping Palestinians, nor in protecting anyone’s human rights; the goal of these ritual, one-sided condemnations is to scapegoat Israel.

“The UN’s disproportionate assault against the Jewish state undermines the institutional credibility of what is supposed to be an impartial international body. Politicization and selectivity harm its founding mission, eroding the UN Charter’s promise of equal treatment to all nations large and small.”

“FM @HeikoMaas on 70th anniversary of Israel’s admission to the UN: We would like to reiterate once again today that Germany stands, also in the UN, shoulder to shoulder with Israel, whose security and right to exist must never be called into question by anyone anywhere.”

Germany pursued a similar policy of approving anti-Israel resolutions at the UN in 2018, 2017 and 2016, when Germany voted for an especially disgraceful UN resolution, co-sponsored by the Arab group of states and the Palestinian delegation, that singled out Israel as the world’s only violator of “mental, physical and environmental health.”

By a vote of 408 to 155 with 65 abstentions, the Bundestag rejected the FPD’s call for the government to “clearly distance itself from unilateral, primarily politically motivated initiatives and alliances of anti-Israeli UN member states and to protect Israel and Israel’s legitimate interests from unilateral condemnation.”

Germany’s anti-Israel crusade has been led by German Foreign Minister Heiko Maas, who claims that he entered politics because of Auschwitz, the largest of the German Nazi concentration camps. At his inauguration as foreign minister, he said:

“For me, German-Israeli history does not only entail a historic responsibility. For me personally, it is a deep motivation of my political activity. With all due respect, I did not enter politics because of [former chancellor] Willy Brandt. I also didn’t go into politics because of the peace movement or ecological issues. I entered politics because of Auschwitz. And that’s also why this part of our work is especially important to me.”

Maas had been aided and abetted by Germany’s Ambassador to the UN, Christoph Heusgen, who was named by the Simon Wiesenthal Center in 2019 as one of the world’s top ten anti-Semites.

Germany’s largest-circulation newspaper Bild, asked, “Why does Germany repeatedly vote against Israel at the United Nations?” It answered:

“It is a shameful ritual: every year authoritarian states like Syria, Yemen and Saudi Arabia introduce numerous resolutions at the UN that are directed against one country — Israel. But the bitter thing is: The UN General Assembly is taking part and adopting almost all anti-Israeli resolutions.

“The Federal Republic also mostly votes FOR the resolutions — and thus AGAINST Israel. And this despite the fact that the federal government repeatedly emphasizes that it is on the side of Israel.

“Heusgen is considered a bitter critic of Israeli settlement policy — a legitimate position which, in Heusgen’s case, seems to lead to complete lack of criticism towards the Palestinians, and to comparisons that cast doubt on his moral compass.

“Heusgen caused a scandal in March 2019 when he equated the rockets of the Islamist terrorist group Hamas with Israeli bulldozers, with which Israel tore down Palestinian and Israeli illegal houses. He did so in the very week that Hamas carried out massive rocket attacks on Israel and injured seven Israeli civilians.

“No criticism of anti-Semitic statements by Palestinian politicians, no criticism of pension payments for Palestinian terrorists — for Heusgen, the guilty parties for the messed-up situation are solely in Washington and Jerusalem.”

“I am always careful with the label ‘anti-Semite.’ But one thing is certain: Anyone who bears responsibility for Germany’s condemnation of Israel tens of times more often than all rogue states in the world at the United Nations applies double standards to the Jewish and democratic state and thus participates in an anti-Semitic campaign. With practical politics, Heusgen counteracts the unambiguous statements of the Chancellor to Israel’s existence and security.”

“The inclusion of Mr. Heusgen on the Wiesenthal Center’s list is more than a yellow card for Germany’s voting behavior at the United Nations. Germany must show more solidarity with Israel at the UN and consistently refuse anti-Israeli resolutions in future.

“The years of theater of political smear against Israel can only be countered with a consequent ‘NO.’ The comparison made by Heusgen between the actions of Israel and the terrorism of Hamas has damaged solidarity with Israel and is unfortunately suitable for promoting Israel-related anti-Semitism. Germany must not also be the keyword for Israel-related anti-Semitism.”

In its most recent statement, the German Foreign Ministry declared:

In a sign that German appeasement has failed to achieve its objectives, Russia and China have both questioned Germany’s suitability for a permanent seat on the UN Security Council. Russian Vice Ambassador Dmitri Polyansky bluntly said: “We will not miss you.” The Chinese representative Yao Shaojun added that the German path to permanent membership “will be difficult.”

Heusgen, who plans to retire after more than 40 years as a German diplomat, appealed to China to free two detained Canadians for Christmas:

“Let me end my tenure on the Security Council by appealing to my Chinese colleagues to ask Beijing for the release of Michael Kovrig and Michael Spavor. Christmas is the right moment for such a gesture.”

China’s deputy UN Ambassador, Geng Shuang, accused Heusgen of abusing the Security Council to launch “malicious” attacks on other members “in an attempt to poison the working atmosphere.” He added: “I wish to say something out of the bottom of my heart: Good riddance.” 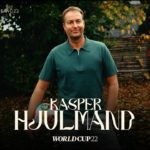 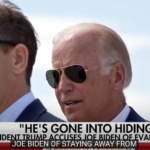