“Kurt Wallander is a beat cop who is impatient to rise up the ladder, become a detective, and solve crimes. His wish comes true when a gruesome crime happens in his own backyard. A teenager is killed when a grenade in his mouth explodes. This event is followed by several upheavals in the town of Malmo, and no matter what thread Wallander follows, he always ends up at Munck, one of the richest and most influential families in Sweden.

… Hugo’s death looks like a hate crime in the beginning, and Wallander gets involved with it because he wants to clear Ibra’s name, his next-door neighbor, who becomes the first and only suspect for his superiors. Soon, however, he discovers that the murder is not about what it looks like on the surface. Here’s what it really means.

Karl-Axel Munck is the first-born of Leopold Munck, one of the wealthiest and most influential men in Sweden. Their family follows a rule according to which the wealth of the father goes entirely to his first-born son, much like it happened in the time of the kings. Karl-Axel grew up with the belief that his father’s empire is his to have. However, that did not stop him from turning into a psychopath. When he was at boarding school, he brutally tortured a younger boy, following which he had to be brought back home. His tendencies would have only gotten worse with age, though no one gets a whiff of anything because his father has enough money to slip everything under the rug.

While Leopold Munck did everything in his power to protect his son, he also knew that Karl-Axel is not his worthy successor. In comparison to him, Gustav has shown more diligence and compassion, especially with his work with the immigrants. When a disease puts a deadline on his days, he decides to do the right thing. He changes the will, after getting the rule ratified, and leaves everything to Gustav. This, of course, does not sit well with Karl-Axel, who is not just to lose a multi-billion dollar worth of inheritance, but is also shown that he is not better than his younger brother.

To prove to his father that Gustav is undeserving of this praise, he decides to malign his name. He tricks Zemar, an illegal immigrant, into working for him. The target becomes Hugo, an unsuspecting teenager whom Karl-Axel had met at a club called The Cube. Hugo was chosen because he was easy prey, but before testing his creative killing methods on him, Karl-Axel experiments on a dog that belongs to Hugo’s best friend, Isak.

Following Hugo’s death, Karl-Axel ignites anti-immigration sentiments and leads to the rally that eventually turns fatal for Wallander and his friend. Because Gustav speaks out in the favour of the immigrants and against the violence, his public image is tarnished and the shares of his company dip significantly. Despite all this, Leopold doesn’t think bad of him. If anything, he appreciates his mettle to strive against all odds. Eventually, it becomes clear to Karl-Axel that the only way he can get back his birthright is if Gustav dies.” 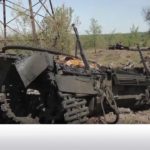 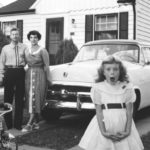