While France’s general population remains under strict lockdown due to the coronavirus pandemic and police have been ordered to enforce the rules ruthlessly, people living in no-go zones are treated differently. Police officers have been told by the government not to stop them at all and to avoid going near where they live. Pictured: A garbage dumpster burns in the street during a riot in Villeneuve-la-Garenne, in the northern suburbs of Paris, on April 21, 2020. (Photo by Geoffroy van der Hasselt/AFP via Getty Images)

Saturday, April 18, 11 pm. Villeneuve-la-Garenne, a small town in the northern suburbs of Paris. A young man rides a motorcycle at high speed and hits the door of a police car. He breaks his leg. He is sent to the hospital. He does not have a driver’s license but does have a long criminal history. He was sentenced several times by the courts for drug trafficking, robbery with violence and sexual assault.

As soon as news of the accident is released, hostile messages about the police circulate on social media; and in a dozen cities in France, riots break out. The riots are continue for five days in a row. A police station in Strasbourg is attacked and set on fire. A school is nearly destroyed a few miles from Villeneuve-la-Garenne.

Rather than responding with firm language, the French government is saying that an investigation into the behavior of the police has been opened and that the officers will most likely be punished.

The coronavirus pandemic, which struck France hard, has been aggravating the serious problems already plaguing the country.

France’s general population remains under extremely strict lockdown; the police have been ordered to enforce the rules ruthlessly. Permits to leave one’s home were limited to 60 minutes, once a day, and no farther than half a mile. On Aril 23, Minister of the Interior Christophe Castaner said, “Since the start of the lockdown, more than 915,000 citations have been handed out; 15.5 million persons have been stopped and checked”. The citations, according to newspapers, were given to people who stayed outside for more than an hour, or who went beyond the authorized limits.

People living in no-go zones [zones-urbaines-sensibles “sensitive urban zones”] are treated differently. Police officers have been told by the government not to stop them at all and to avoid as much as possible going near where they live.

“The government knows that a large-scale uprising could happen, and that a minor incident might be enough to set the powder keg ablaze. Therefore, police officers have unwritten instructions: they must avoid incidents at all costs. If an incident occurs, they know that the government will blame the police, and no one else”.

“The choice of the government is easy to explain,” he said. “The police would not have the materiel or the manpower to calm a large uprising”. He compared the current condition to riots in October 2005, and added that the situation in France today is quite different.

The situation in France today is quite different. It is worse.

In 2005, no-go zones existed, but they were not numerous — fewer than a hundred — and were located in the suburbs of the largest cities in the country. The police could still enter them; gangs and radical Islamist imams did not yet control them. Today, there are more than 750 no-go zones in France, and police enter them only by carefully preparing commando-like operations beforehand. Gangs and radical imams seem totally in control.

In 2005, the riots had begun with the death of two young men. They had been trying to escape from the police and taken refuge in an electric-power substation where unfortunately they were electrocuted. Today, a simple traffic accidentinvolving the police can lead to nights of destruction and looting.

In 2005, the police tried to quell the riots, unsuccessfully. For three weeks, the country seemed on the verge of a civil war. Today, because members of the government seem to believe that if riots occur, a civil war really could happen, the police are asked not to intervene and to stand aside until the destruction stops. In July 2018, riots lasting almost a week broke out in Nantes. While the public libraryand other buildings burned down, the police remained invisible. Eight months later, in March 2019, when riots lasting three days broke out in Grenoble and hundreds of shops and cars were totally destroyed, the police again remained invisible.

In 2005, the people living in no-go zones were hostile to France. Today, their hostility has increased. 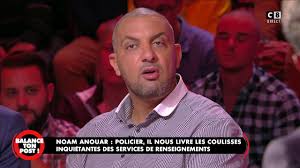 A few months ago, a police officer, Noam Anouar, who infiltrated Islamist circles, published a book, France Must Know. No-go zones in France, he wrote, are now foreign enclaves on French territory. “The gangs operating there,” he noted, “have formed a parallel economy based on drug trafficking.”

“They consider themselves at war with France and with Western civilization. They act in cooperation with Islamist organizations, and define acts of predation and rampage as raids against infidels”.

Anouar concluded that reclaiming these areas today would be complicated, costly, and involve calling in the army.

For years, successive French governments have chosen a policy of “willful blindness”: they simply behave as if they do not see what is going on. They do not even try to find solutions.

The jihadist attacks of 2015 seemed to be a wake-up call, indicating that maybe an emergency response could be required. A massacre at the headquarters of the satiric magazine Charlie Hebdo on January 7, 2015 was a huge shock. The incident led to a demonstration of more than a million people in Paris. Ten months later, on November 13, a mass shooting at the Bataclan Theater , where 89 people were murdered and dozens injured — and 86 people murdered by a truck-ramming in Nice on July 14, 2016 — were equally huge shocks, but did not lead to any responses. Soldiers were simply dispatched to patrol the streets and stand guard in front of public buildings, churches and synagogues.

Since then, there seems to have been a choice by the government to define terrorist attacks as “inexplicable” and committed by people who were “depressed”. The no-go zones were treated as time bombs that would eventually explode, but with the explosion delayed a few years.

Currently, exempting the no-go zones from a lockdown appears to be one way the government implicitly admits that they are no longer a part of French territory, but tries to maintain a precarious coexistence with them.

The riots of April 18 were not supposed to happen. They happened anyhow.

The government seems to hope that calm will return, but appears afraid of any more riots. When Ramadan began April 24, the police were ordered, despite the lockdown, to let Muslims gather to celebrate every evening wherever they wished.

Linda Kebbab, a Muslim police officer, strongly expressed her disagreement. This decision, she said, “causes a feeling of discrimination towards Christians and Jews who celebrated Lent and then Easter or Passover according to the rules of lockdown”.

“In addition to dangerously encouraging breaking the French pact of equality before the law, this decision asks the police to bow down to those for whom Ramadan is an excuse to disturb public tranquility. It is a very bad service to law-abiding Muslims”

On April 13, French President Emmanuel Macron promised that the country’s lockdown would at least partially end on May 11, even though he is aware that the end of the lockdown means going back to problems. A public transport strike, for instance, had lasted until the pandemic broke out. Unions have been calling for strikes as soon as possible. The polls already in January had indicated that the French were furious with the government. The lockdown, however, had to end at some point. The risk of riots is simply one more problem.

The fear of death from the Wuhan coronavirus had prompted the general population to accept the lockdown, the inspections and the citations.

Every evening since March 18, France’s director general of health, Jerome Salomon, has been announcing on television in a dismal tone the number of each day’s Covid-19 deaths. He never forgets to say that “the United States is the country most affected by the pandemic”, and then gives the number of deaths in America, while “forgetting” to add that the population of France is five times less than that of the U.S. As of May 10, France has suffered 403 Covid-19 deaths per million inhabitants. Only four countries have records that are sadder: Belgium, Spain, Italy and the United Kingdom.

The French government could be expecting criticism for its appalling managementof the pandemic. As of late April, most doctors still did not have protective face-masks, and screening tests were still virtually absent. Doctors have lost the right to decide what medicine to prescribe and are forbidden to see patients in person. They can only recommend using acetaminophen or aspirin to whoever calls on the phone.

People who have the symptoms for Covid-19 are asked to remain at home without medication; if their condition worsens, they may call an ambulance. If they are over 70 years old, however, an ambulance will not come. A decree from March 19 asked hospitals strictly to limit access to people defined as “too old”. The number of deaths in retirement homes is horrendously high.

More than half of those working in the private sector are now unemployed. Thousands of small businesses in multiple sectors are now bankrupt and not able to reopen.

“The feeling of decay that permeates the minds of many French today comes from a truth that few wanted to admit,” wrote a historian, Pierre Vermeren, in Le Figaro. “France is a fallen country…”

Laurent “Riss” Sourisseau, a survivor of the 2015 jihadist attack on Charlie Hebdo, and now its editor-in-chief, noted:

“France is living hours of disillusionment as deep as those it had known in May 1940… Before our eyes, everything collapsed at an unimaginable speed… We will have to ask a question: why such a disaster… how was this possible. And the present catastrophe inevitably brings us to the same conclusions: incompetence, disorganization, lack of long-term vision, improvisation. In summary: the nullity of our leaders.”

“Two months of lockdown,” the author Éric Zemmour said on CNews TV, “will lead to an unprecedented economic crisis and probably to a very serious explosion of violence: it is high time to face reality: France is on the brink of chaos”.