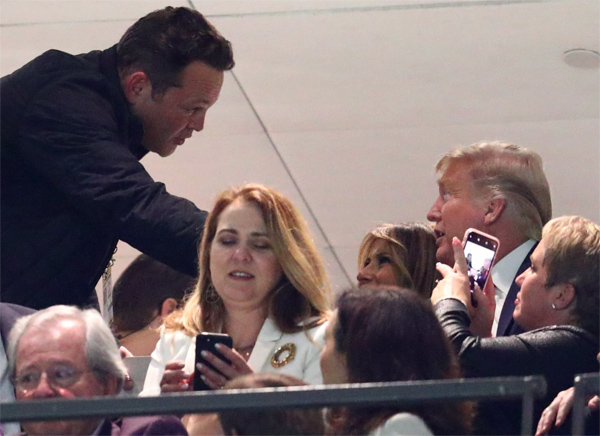 “Last night, a Louisiana university football team pulled off an incredible win over its competitor to snatch a college championship, but most people — most non-sports people — only care about Vince Vaughn and U.S. President Donald Trump.

Journalist Timothy Burke caught the two chumming it up in a 30-second video that’s been viewed more than 3.7 million times on Twitter.

The Wedding Crashers actor and the president are seen engrossed in conversation, nodding and laughing while First Lady Melania Trump sits wedged between them in a skybox. Halfway into the video, Trump reaches out and shakes Vaughn’s hand, the actor gets up and waves goodbye to the couple, and departs.

Burke captioned the video, ‘I’m very sorry to have to share this video with you. All of it, every part of it.’”

“The actor has long been documented as one of the most demonstrably rightwing stars in the predominantly liberal enclave of Hollywood. In 2011, he campaigned for the Republican presidential candidate Ron Paul, while he collaborated with the conservative firebrand Glenn Beck to produce the documentary series, Pursuit of the Truth, for Beck’s Fox News-aping network TheBlaze. Most controversially, he came out as vehemently opposed to gun control in a 2015 interview for British GQ… Shaking Donald Trump’s hand is a pretty modest entry on his list of most liberally objectionable acts.” (The Guardian, 14. januar 2020) 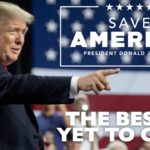