A silent jihad is under way in France. Spread by a constellation of Muslim organizations allied to powerful (non-Muslim) “anti-racist” associations, “jihad by court” is attacking freedom of press, and freedom of speech. Any journalist, politician, lawyer or intellectual who talks or writes either about Islam or some of its representatives in a critical way, is at risk of being taken to court for “racism” or “outraging a group of people because of their religion.”

The so-called “jihad by court” began in an experimental way in France at the beginning of the century. In 2002, the famous French writer Michel Houellebecq was sued for “incitement to hatred” by Islamic organizations allied to the Ligue des droits de l’Homme, (“Human Rights League”), a prestigious “anti-racist” organization. Houellebecq was sued for having said in an interview with Lire magazine that, “of all existing religions, Islam is the dumbest. We read the Coran, we all collapse.” Houellebecq was acquitted.

In 2007, a similar lawsuit was initiated by the Union of the Islamic Organizations of France (UOIF) and the Great Mosque of Paris against the satirical magazine Charlie Hebdo, because it republished the Danish Muhammad cartoons. The plaintiffs accused Charlie Hebdo of “racism”. Charlie Hebdo was acquitted. In 2011, unknown arsonists burned Charlie Hebdo‘s offices. The magazine was sued again in 2012 and in 2013. Each time, the plaintiffs were different Muslim organizations claiming different instances of “racism” or “blasphemy”. January 7, 2015, two Muslim terrorists stormed into the offices of Charlie Hebdo and murdered 12 people.

Two years after that, jihad by court is everywhere.

Against Intellectuals and Journalists

Éric Zemmour, a writer and journalist, was sued in February 2011 for “racial incitement”. He said on television that “most dealers are blacks and Arabs. That is a fact”. He was fined €2,000. In May 2012, Zemmour was sued for defamation by Patrick Lozes, president of Council of Black Associations (CRAN). Zemmour had written in 2008: “Patrick Lozes said ‘Obama is our president’, which proves that for him, racial solidarity is superior in his enamored eyes than national solidarity”. Zemmour was acquitted.

In 2014, Zemmour was sued again because he said, “The Normans, the Huns, Arabs, the great invasions after the fall of Rome are now replaced by gangs of Chechens, Roma, Kosovars, North Africans, Africans, who rob, abuse or strip your belongings.” He was released in September 2015. The appeals court reconfirmed his release in 2016.

In December 2015, Zemmour was again fined €3,000 because he had declared to the Italian daily Corriere della Sera that the “deportation” of five million French Muslim seems “unrealistic”, but is comparable to “the five or six million Germans who had to leave eastern Europe after World War II”. Zemmour succeeded in proving that the word “deportation” was added by Corriere della Sera, but the judge did not take that into consideration, and Zemmour’s conviction was reaffirmed after an appeal in November 2016.

In June 2017, Zemmour was fined €5,000 after saying on television in September 2016, that “jihadists were considered by all Muslims, good Muslims.” The plaintiff was a pro-Palestinian association, CAPJPO-EuroPa­les­tine.

Pascal Bruckner, an author and essayist, was sued in December 2015, by the Islamic, “left-wing” associations, Les Indivisibles and Les Indigenes de la République. Bruckner had said on television that the plaintiffs had “ideologically justified the murder of Charlie Hebdo‘s journalists”. Bruckner was acquitted in 2016.

In January 2017, all “anti-racist” associations and the Islamist CCIF (Collective Against Islamophobia) sued Georges Bensoussan — an award-winning Jewish French historian, born and raised in Morocco — for racism. He had said on the radio that “in France, in Arab families… anti-Semitism is imbibed with one’s mother’s milk.” He was acquitted, but the prosecutor has filed an appeal.

The fachosphère (combination of “fascist” and “sphere”) is the term that the mainstream media are now calling a collection of websites — such as the Riposte Laïque, Resistance Republicaineand many others — that warn of the dangers of being overrun by radical Islam. Between 2012 and 2017, Riposte Laïque alone was sued “no fewer than 43 times” its editor-in-chief, Pierre Cassen, told Gatestone. This time, the plaintiffs were not only “anti-racist” associations (LDH, SOS-Racisme, le MRAP, la LICRA and Islamist CCIF) — but also the mayor of Paris, Anne Hidalgo; former Interior Minister Bernard Cazeneuve, and various Islamic associations such as L’Aube du Savoir (“Sunrise of Knowledge”), journalists from the mainstream media (Libération, Le Monde), the Ligue de Défense Judiciaire des Musulmans (“Muslim Judicial Defense League”). These libel and racism suits asked for fines from €5,000 to €40,000.

On March 30, 2016, Laurence Rossignol, then Minister of Families, Children and Women’s Rights and known to be a fierce critic of the omnipresence of the Islamic veil in public places, was interviewed by the radio station RMC. She compared veiled women to “American negroes [“nègres américains”] who supported slavery”. Rossignol apologized for using “negroes”, but possibly too late. The Islamist Collectif Contre L’islamophobie en France (CCIF) and the Frantz Fanon Foundation launched a class action suit for “insult of a racial nature” and announced their intention to submit a complaint to the Cour de Justice de la République, a court empowered to adjudicate lawsuits against members of the government. The plaintiffs also threatened to sue the minister appointed to the Correctional Court and the Administrative Court of Paris. 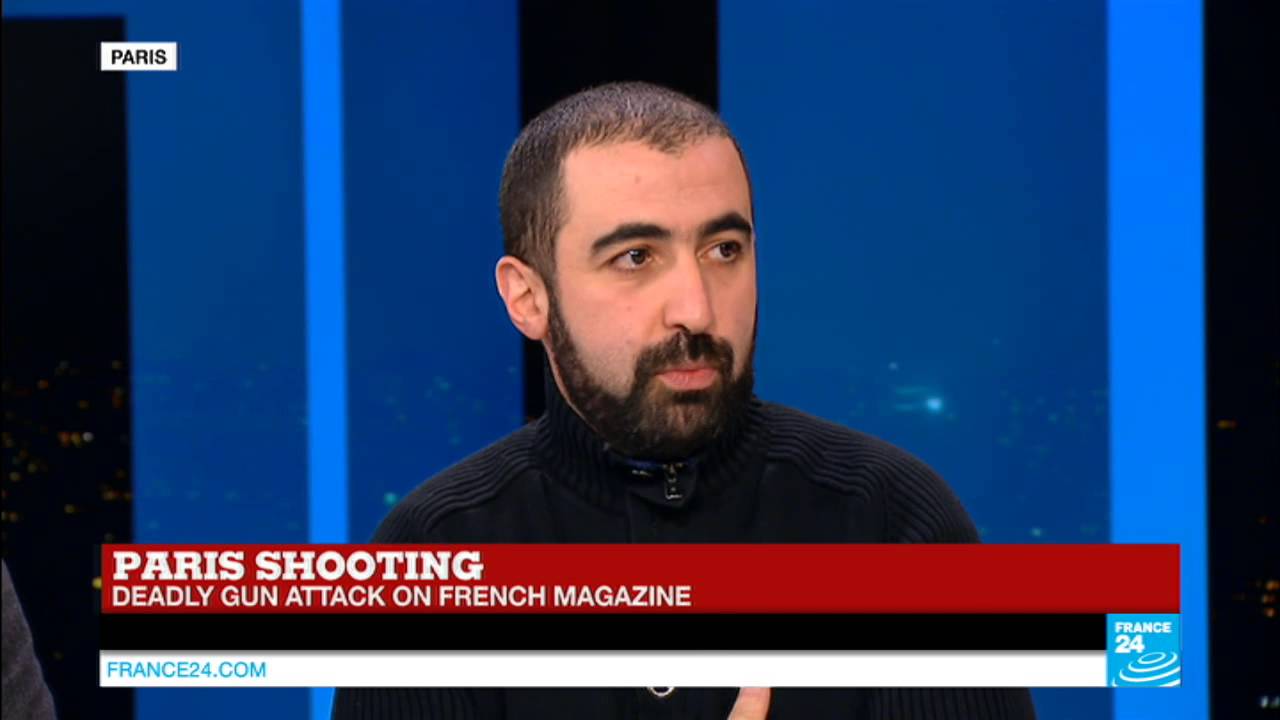 In June 2017, Véronique Corazza, Head of Elsa-Triolet secondary school of Saint-Denis (a suburb of Paris), was sued by Majid Messaoudene (photo), an official of the municipality of Saint Denis, because she republished on her Facebook page dozens “shameful tweets” of Messaoudène in which he supported BDS against Israel and mocked the secularist imam of Drancy, Hassen Chalghoumi.

On June 20, 2017, the jihadi terrorist Salah Abdeslam sued Member of Parliament Thierry Solère, for “breach of privacy”. Abdeslam is the only survivor of the Islamist terror cell that murdered 130 people and wounded 430 others on November 13, 2015 in Paris. Exercising his right as a member of parliament to visit prisons, Solère described to two journalists the life of the prisoner, from brushing his teeth to doing exercises in his cell.

On June 22, 2017, Pierre de Bousquet de Florian, head of the new anti-ISIS task-force created by president Emmanuel Macron, was sued and fined €500 euros for “defaming” Imam Mohamed Khattabi. In 2015, Bousquet de Florian said that Khattabi (photo) was a Salafist and a hate-preacher.

On February 6, 2015, Soufiane Zitouni, a professor of philosophy, published an op-ed in the daily, Libération, questioning the Islamist style of Averroes Muslim College, which was employing him. He described the college as “Muslim territory under contract with the State” and criticized an incipient anti-Semitism in the school. He was sued for defamation by Amar Lasfar, president of Union des Organizations Islamiques de France (UOIF), an umbrella organization said to be “in conformity with” the Muslim Brotherhood. Zitouni was acquitted.

Between 2015 and 2017, Mohamed Louizi, author of Pourquoi j’ai quitté les Frères Musulmans(“Why I Quit the Muslim Brotherhood”) was sued four times. In May and July 2015, he was sued for defamation because he published six articles on his blog about Sofiane Zitouni’s case with Averroes College (see above). In these two cases, Louizi was acquitted.

Then, in 2017, Louizi again shed light on arrangements made behind closed doors between some Socialist officials heading the city of Lille and Islamists accused by Louizi to be members of the Muslim Brotherhood. He was sued twice. Judgement is pending. 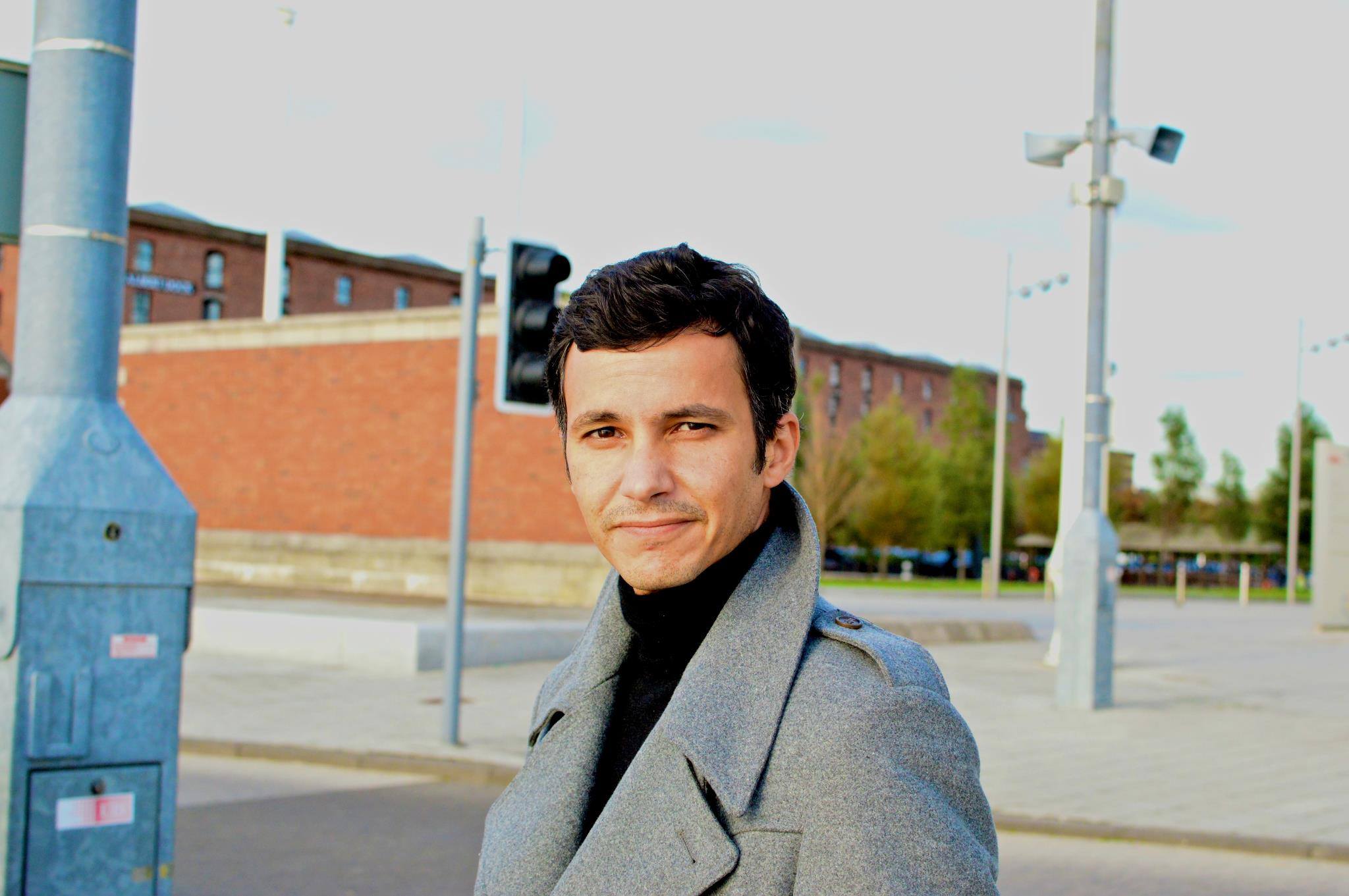 On June 6, 2017, Ahmed Meguini, (photo) secularist activist and founder of LaïcArt association, said on Twitter that Marwan Muhammad was “a son of a b**ch Salafist” and a “small sh**t”. Marwan Muhammad, an Islamist and Executive Director of CCIF was not angry at all. He simply picked up his phone and called his lawyer to sue Meguini — not for having insulting him, but for “racism“. The goal of this trial, according to Causeur magazine, is to create a judicial precedent: to ensure that in the future, any criticism or insult against Islamism must be considered “racism”.

These lists are not comprehensive; the trials above are just the most visible part of the iceberg.

A “Modern and Aggressive Form of Jihad “

Valentina Colombo, a professor at the European University in Rome, warned early on about “jihad by court”. In 2009, in Gatestone, she wrote:

“The lawsuit that was initiated by The Union of the Islamic Organizations of France and the Great Mosque of Paris against the satirical magazine ‘Charlie Hebdo’ for republishing the Danish cartoons about Muhammad is one of the most recent examples of this kind of jihad.”

But nobody (in France) paid attention to the warning. And when jihadists came in 2015 to murder eight journalists and cartoonists, nobody understood that jihad by court is only the first step. When people persist in what other people regard as “Islamophobia”, murderers have shown up to make sure the message sticks.

In another article, Colombo writes: “Jihad by court is another form of ‘intermediate’ jihad and is a modern and aggressive form of jihad through legal means.”

Jihad by court is one of the favorite means of the organizations and individuals ideologically linked with the Muslim Brotherhood (MB) in the West and sometimes is connected with the accusation of Islamophobia. The strategy is clear: any journalist, writer, intellectual, academic, activist or any newspaper, organization, association criticizing or exposing a Muslim Brotherhood individual or organization is very likely to be sued for defamation. The Legal Projectof the Middle East Forum, based in the U.S., has given a very useful definition of this tactic:

Such lawsuits are often predatory, filed without a serious expectation of winning, but undertaken as a means to bankrupt, distract, intimidate, and demoralize defendants. Plaintiffs seek less to prevail in the courtroom than to wear down researchers and analysts. Even when the latter win cases, they pay heavily in time, money, and spirit. As counterterrorism specialist Steven Emerson comments, “Legal action has become a mainstay of radical Islamist organizations seeking to intimidate and silence their critics.” Islamists clearly hope, Douglas Farah notes, that researchers will “get tired of the cost and the hassle [of lawsuits] and simply shut up.”

French intellectuals, journalists, officials do not yet understand that they must organize, raise funds and elaborate strategies with lawyers to counter this threat. No one can compete individually against court by jihad. If an organized counter-strategy is not elaborated, the prediction of Yusuf al-Qaradawi, the Egyptian Islamic cleric and chairman of the International Union of Muslim Scholars — “We will colonize you with your democratic laws” — will come true.

Yves Mamou, author and journalist, based in France, worked for two decades as a journalist for Le Monde.