Over twenty years, fear has already devoured important pieces of Western culture and journalism. They all disappeared in a ghastly act of self-censorship: the cartoons of a Danish newspaper, a “South Park” episode, paintings in London’s Tate Gallery, a book published by the Yale University Press; Mozart’s Idomeneo, the Dutch film “Submission”, the name and face of the US cartoonist Molly Norris, a book cover by Art Spiegelman and Sherry Jones’s novel, “Jewel of Medina”, to name just a few. Most of them have become ghosts living in hiding, hidden in some country house, or retired to private life, victims of an understandable but tragic self-censorship.

Only the French satirical magazine Charlie Hebdo was missing from this sad, long list. Until now.

The disappointment with what Charlie Hebdo has become is reflected in the words of the French journalist, Marika Bret: “From Italy we receive many threats.” The reference is not to some Italian jihadist cell, but to a September Charlie Hebdo cover that mocked victims of the earthquake in Italy. It seems that the satirical weekly, almost destroyed by French Islamists two years ago, has been “normalized”.

Take Charlie’s recent covers. Against terrorists? No. Against those who called them “racists”? No. It was against Éric Zemmour, the brave French journalist at Le Figaro who has led a public debate about French identity. “Islam is incompatible with secularism, incompatible with democracy, and incompatible with republican government,” Zemmour wrote.

Laurent Sourisseau, aka “Riss,” now the publishing director and majority owner of Charlie, was shot during the 2015 attack on the magazine, and lives under police protection. He depicted Zemmour on the cover with an explosive vest, effectively comparing him to a terrorist.

Charlie Hebdo also recently satirized Nadine Morano, a critic of Islam, depicting her as a baby with Down Syndrome.

For the first anniversary of the massacre at Charlie Hebdo‘s office, Riss released a cover not with Mohammed, but depicting a murderous Judeo-Christian God, as if Riss’s colleagues had not been butchered by Islamists but by Catholics. Riss had, in fact, announced earlier that the magazine would “no longer draw Mohammed“.

The first person at Charlie to capitulate was “Luz”, a well-known cartoonist. He surrendered, saying: “I will no longer draw Muhammad“.

“The transplant that works worst,” said Jeannette Bougrab, the companion of Charlie’s late editor Stéphane Charbonnier, “is the transplant of balls.” Bougrab charged the attack’s survivors with bowing to terrorism and threats by betraying the legacy of free speech for which these truthful men were murdered.

After the massacre of January 7, 2015, the cartoonist “Luz” cried in front of the cameras after presenting a cover depicting the survivors, in which Muhammad was portrayed as saying, “All is forgiven”. Luz then appeared in Le Grand Journal along with Madonna, and in a gesture of sad voyeurism, displayed his genitals, covered by the logo “Je suis Charlie”.

Charlie‘s “normalization” was also reflected in the recent dramatic decision to terminate the magazine’s relationship with another survivor, the French-Tunisian intellectual and journalist Zineb el Rhazoui, who also now has to live under police protection for her criticism of Islamic extremists.

“The newspaper is no longer the same, Charlie is now under artistic and editorial suffocation,” she told Le Monde. Rhazoui is the author of a new book, “Détruire le Fascisme Islamique” (“Destroying Islamic Fascism“).

“We must continue to portray Muhammad and Charlie; not to do that means there is no more Charlie”, said Patrick Pelloux, another cartoonist who left the magazine.

There were seven cartoonists at Charlie Hebdo. Five were killed on January 7, 2015: Charb, Cabu, Honoré, Tignous and Wolinski. The other two, Luz and Pelloux, resigned after the massacre. The headline of the monthly Causeur captured the atmosphere: “Charlie Hebdo Commits Hara-Kiri,” playing with the Japanese form suicide and the previous name of Charlie(which was “Hara-Kiri“). Between murders, desertions and self-censorship, Charlie‘s story is almost over.

What is happening? Sadly, the Islamists’ threats and attacks are working. A similar crisis affected the Jyllands-Posten, the Danish newspaper that first published the 12 cartoons of Muhammad, which Charlie Hebdo immediately, to show solidarity, reproduced. “The honor of France was saved by Charlie Hebdo,” wrote Bernard-Henri Lévy when the magazine republished the Danish cartoons, while many “right thinking” media blasted the “Islamophobia” of those caricatures.

“The truth is that for us it would be totally irresponsible to publish the cartoons today,” the director of Jyllands-Posten, Jorn Mikkelsen says to justify his self-censorship. “Jyllands-Postenhas a responsibility to itself and its employees.” Such as Kurt Westergaard, author of the caricature of Mohammed with a bomb in his turban, who now lives in a house-fortress, with cameras and security windows and machine-gun toting guards outside.

An ideological clash inside Charlie Hebdo developed well before the terror attack. Zineb el Rhazoui arrived at the weekly magazine through editor Stéphane Charbonnier, “Charb”, the brave journalist who lead the battle against Islamist intimidation in Europe. Even from his grave, he penned an “Open Letter to the Fraudsters of Islamophobia Who Play Into Racists’ Hands.” But, as Libération writes, “Riss opposed Charb; he is less politically identified, more introverted than him.”

Charbonnier belonged to the generation of Philippe Val and Caroline Fourest, the libertarian journalists determined to criticize Islam, who, from 1992 to 2009, shaped the weekly magazine.

“Charb? Where is Charb?“, shouted the terrorists in Charlie Hebdo’s office, to make sure they found the journalist they considered responsible for the Mohammed cartoons controversy.

Philippe Val, who as a former Charlie Hebdo editor, was put on trial in Paris for printing those cartoons, published a book “Malaise dans l’inculture” (“Sickness in the Lack of Culture“), which attacks “the ideological Berlin Wall” that has been raised by the Left.

In 2011, after a firebombing that destroyed Charlie’s offices, an appeal by frightened, intimidated journalists announced their refusal to support the magazine’s stance on Islam. Two years later, one of the signatories, Olivier Cyran, a former editor of Charlie Hebdo, charged the magazine with being “obsessive about the Muslims.” So did a former Charlie journalist, Philippe Corcuff, who accused his colleagues at the magazine of fomenting “a clash of civilizations.”

The attacks continued with another former cartoonist at Charlie Hebdo, Delfeil de Ton, who, in Le Nouvel Observateur, after the 2015 massacre, shamefully accused Charb of “dragging” the staff into the slaughter by continuing to satirize Mohammed.

After the Kouachi brothers slaughtered Charlie Hebdo‘s staff, they ran out into the street and cried: “We have avenged Mohammed. We killed Charlie Hebdo.” Two years later, it appears that they won. They succeeded in silencing the last European magazine still ready to defend freedom of expression from Islamism. And they sent a special warning to all the others. Because after Charlie Hebdo, writing articles critical of Islam, or penning a cartoon, make them a target for assassination attempts and intimidation campaigns.

The feminist and philosopher Elisabeth Badinter, who testified in court for the French cartoonists in the documentary, “Je suis Charlie,” said: “If our colleagues in the public debate do not share part of the risk, then the barbarians have won.”

The magazine Paris Match asked Philippe Val if he could imagine the disappearance of Charlie Hebdo. Val replied: “This would be the end of a world and the beginning of Michel Houellebecq’s ‘Submission'”. After attacks comes self-censorship: submission. If Charlie Hebdois tired and fleeing from responsibilities, who can blame it? But the others, the rest? 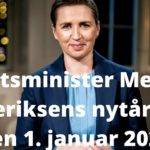 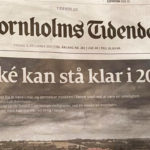 Der skal to til en tango 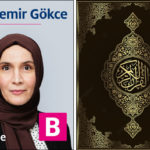