After the Second World War and the horrors of Nazism and Stalinism, a central tenet of Western democracies has been that you can put people on trial, but not ideas and opinions. Europe is now allowing dangerous “human rights” groups and Islamists to use tribunals to restrict the borders of our freedom of expression, exactly as in Soviet show trials. “Militant anti-racism will be for the 21st century what communism was for the 20th century,” the prominent French philosopher, Alain Finkielkraut has predicted. 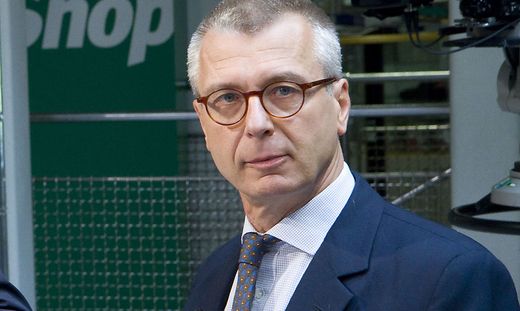 A year ago, Christoph Biró, a respected columnist and editor of the largest Austrian newspaper, Kronen Zeitung, wrote an article blaming “young men, testosterone-fuelled Syrians, who carry out extremely aggressive sexual attacks” (even before mass the sexual assaults of New Year’s Eve in Cologne, Hamburg and other cities). The article sparked much controversy, and it received a large number of complaints and protests. Biró needed four weeks off work because of these attacks and later (under pressure) admitted that he had “lost a sense of proportion”. Prosecutors in Graz recently charged Biró with “hate speech” after a complaint by a so-called human rights organization, SOS Mitmensch. The case will be decided in court.

Journalists, novelists and intellectuals throughout Europe are now told to raise their right hand before a judge and swear to tell the truth and nothing but the truth — as if that were not what they were doing all along and for what they are now being prosecuted. It is an alarming but very common sight today, where “hate speech” has become a political weapon to dispatch whoever may not agree with you.

It is not the right of a democracy to quibble about the content of articles or cartoons. In the West, we paid a high price for the freedom to read and write them. It is not up to those who govern to grant the right of thought and speech, that belongs to the free initiative in the democracies. The right to express our own opinion was paid for dearly, but if it is not exercised, it can quickly disappear.

A grotesque new legal front was just opened in Paris. The French philosopher Pascal Bruckner began his trial, where he opened his defense with a quotation from Jean-Paul Sartre: “The guns are loaded with words”. Bruckner, one of the most famous essayists of France, is on trial for having spoken out against the “collaborators of Charlie Hebdo‘s assassins”.

“I will say the names: The organizations ‘The Indivisibles’ of Rokhaya Diallo and ‘The Indigenous of the Republic’, the rapper Nekfeu who wanted ‘a bonfire for those dogs’ (Charlie Hebdo), all those who have justified with ideology the death of the twelve journalists”.

Countless witnesses testified in defense of Bruckner: the editor of Charlie Hebdo, “Riss”; the political scientist Laurent Bouvet; the former president of “Neither Whores nor Submissives,” Sihem Habchi; and the philosopher, Luc Ferry. Bruckner used the term “collaborator” for “those newspapers which justified the liquidation of the Résistance and the Jews” during the Second World War. Sihem Habchi spoke of the danger of a “green fascism”, Islamism.

Bruckner’s verdict will be announced on January 17. “Bruckner brought his voice before the 17th Chamber [court], too often a grave-digger of freedom of expression,” commented the important and courageous Riposte Laïque.

These political trials about Islam started in 2002, when a court in Paris considered a complaint against Michel Houellebecq, who, in the novel Platforme called Islam “the stupidest religion.” The writer Fernando Arrabal, arrested for blasphemy in 1967 in Franco’s Spain, was called by Houellebecq to testify in in court. “What a joy to be in a trial for crimes of opinion,” Arrabal said in Paris. “Zaragoza, Valladolid, Santander,” the playwright named a number of Spanish cities. “This is the list of the prisons where I have been for the same crime as Houellebecq.”

The late Italian writer, Oriana Fallaci, was also put on trial for her book, La Rage et l’Orgueil (“The Rage and the Pride“). The French newspaper Libération called her “the woman who defames Islam.” Later the satirical weekly, Charlie Hebdo, and its editor, Philippe Val, targeted by Islamist organizations, were also forced to appear in court.

The death sentence against Salman Rushdie in 1989 by Iran’s supreme leader Ayatollah Khomeini looked unreal. The West did not take it seriously. Since then, however, this fatwa has been assimilated to such an extent that today’s threats to free speech come from ourselves. It is now the West that puts on trial writers and journalists.

It has become almost impossible to list all the journalists and writers who have had to defend themselves in court because of their ideas on Islam. To quote the French-Algerian writer, Boualem Sansal, the author of the novel “2084,” from an interview with Libération: “We are aware of the danger, but we do not know how to act for fear of being accused of being anti-immigrant, anti-Islam, anti-Africa… Democracy, like the mouse, will be swallowed by the serpent”. And it will be turned into “a society that whispers”.

Journalists are now prosecuted even if they question Islam during a radio debate. That is why today most of writers and journalists are only whispering about the consequences of mass migration in Europe, Islam’s role in the terrorists’ war on democracies and the sultans’ offensives on freedom of expression.

The Red Brigades, the Communist terror group which devastated Italy in the 1970s, coined a slogan: “Strike one to educate one hundred.” If you target one, you get collective intimidation. This is exactly the effect of these political trials about Islam. The debate is rapidly closing.

In the Netherlands yesterday, the trial for the “crime” of “hate speech” against Geert Wilders was concluded. The brave Dutch politician had asked supporters if they wanted “fewer Moroccans” in the country. Convicting Wilders yesterday, a court criminalized freedom of expression for the first time in Dutch history. (Wilders was acquitted five years ago in a similar trial).

In France Ivan Rioufol, one of the most respected columnists of the newspaper, Le Figaro, had to defend himself in court against the “Collective Against Islamophobia.” The writer Renaud Camus, who has expounded on the “great replacement” theory, which holds that France is being colonized by Muslim immigrants with the help of mainstream politicians, was charged with “hate speech.” Marine Le Pen also had to appear in court. In Germany, there was the case of Jan Böhmermann, a comedian who satirized Turkish President Recep Tayyip Erdogan on television. German judges then put on trial Lutz Bachmann, the founder of “Pegida,” the anti-Islamization movement. In Canada essayist and journalist Mark Steyn was charged with “flagrant Islamophobia” by a “Human Rights Tribunal” (and later cleared). Lars Hedegaard, the president of the Danish Free Press Society, was also charged with “hate speech” (and later aquitted) for comments critical of Islam.

It is fundamental that these writers and journalists are acquitted. But the goal of these trials is not to find the truth; it is to intimidate the public and to restrict freedom of expression on Islam. These are purges to “re-educate” them. Sadly, as we see from the Wilders trial, they have often been succeeding.

After the Russian invasion of Czechoslovakia in 1968, Milan Kundera’s novels disappeared from bookstores and libraries. The intelligentsia lay in sterility and isolation. Cinemas and theaters offered only the Soviet performances. Radio, newspapers and televisions streamed only propaganda. The Russians rewarded the bureaucrats who pressured writers and journalists, and punished the rebels. Those who spoke out were often obliged to work as unskilled laborers. Prague, restless and fascinating, became silent and whispering.

In Europe now, the same iron curtain is descending.

Critics of Islam on Trial in Europe: Wilders Convicted
by Giulio Meotti
December 10, 2016 at 5:00 am
https://www.gatestoneinstitute.org/9531/islam-critics-trial-wilders