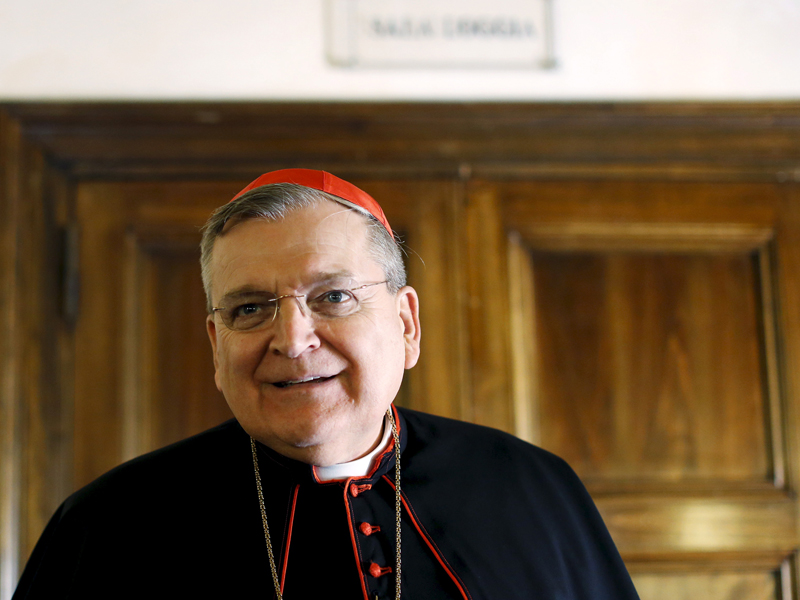 (RNS) Amid heightened tensions over ISIS-fueled terror attacks and anti-Muslim rhetoric, a prominent U.S. cardinal says Islam “wants to govern the world” and Americans must decide if they are going to reassert “the Christian origin of our own nation” in order to avoid that fate.

Cardinal Raymond Burke, a Rome-based prelate known as an outspoken conservative and critic of Pope Francis’ reformist approach, said in an interview on Wednesday (July 20) that Islam is “fundamentally a form of government.”

While Catholic teaching recognizes that all Abrahamic faiths worship the same God, Burke criticized Catholic leaders who, in an effort to be tolerant, have a tendency “to simply think that Islam is a religion like the Catholic faith or the Jewish faith.”

“That simply is not objectively the case,” he said.

Burke, who was once archbishop of St. Louis, stressed that he did not want to be “disrespectful” of Islam or “generate hostility.”

But he said he worries that many people do not understand that, in his view, “when they (Muslims) become the majority in any country they have the duty to submit the whole population to Shariah,” as the Islamic code of law is known.

The cardinal is a canon lawyer who headed the Vatican’s court system before Francis named him chaplain of the Knights of Malta, a Rome-based charitable order.

Burke was speaking by telephone from his home state of Wisconsin, where he was spending time this summer while doing interviews for a new book, “Hope for the World: To Unite All Things in Christ.” The book is an extended interview with a French journalist and it covers a range of often controversial topics.

Speaking to RNS, Burke said that individual Muslims “are lovely people” and can speak “in a very peaceful manner about questions of religion.”

“But my point is this: When they become a majority in any country then they have the religious obligation to govern that country. If that’s what the citizens of a nation want, well, then, they should just allow this to go on. But if that’s not what they want, then they have to find a way to deal with it.”He said that in some cities in France and Belgium with large Muslim populations “there are little Muslim states” that are effectively “no-go zones” for government authorities – an assertion that is widely disputed.But Burke claimed “these things aren’t anomalies for Islam. This is the way things are to go. … And if you do understand that and you are not at peace with the idea of being forcibly under an Islamic government, then you have reason to be afraid.”He cited historical examples of famous military clashes between Muslim forces and the forces of Christian nations of Europe, such the Battle of Lepanto in 1571 and the Battle of Vienna in 1683, both of which marked defeats for the Ottoman Empire.

“These historical events relate directly with the situation of today. There’s no question that Islam wants to govern the world,” Burke said.

When asked how the West should respond, the cardinal did not cite or endorse specific proposals, like those championed by the Republican presidential nominee Donald Trump and other conservatives, to ban or limit Muslims coming into the U.S.

“I think the appropriate response,” he said, “is to be firm about the Christian origin of our own nation, and certainly in Europe, and the Christian foundations of the government, and to fortify those.”

He said that form of government permits all people to exercise their religious faith – “as long as it’s not against good order” – and “practices that tolerance which follows from Christian charity.”

“I think we have to insist on that. We have to say no, our country is not free to become a Muslim state.”

Those comments elaborate on an answer that Burke gives in the new book, in which he says of Islam that “the (Catholic) Church really should be afraid of it.”

That is a marked contrast to the approach of Francis and most other church leaders, who have called for dialogue with Islam and a welcoming attitude toward Muslim refugees fleeing strife in many lands.

Official church teaching has for decades also recognized Islam as an Abrahamic faith whose followers worship the same God as Jews and Christians.

Burke has frequently made news with his sharp criticisms of Francis’ pontificate (he once called it “a rudderless ship”) and the pope’s more pastoral approach. The cardinal has also called on church leaders to be more forceful in battling abortion rights and gay marriage and has said the church has become too “feminized.” 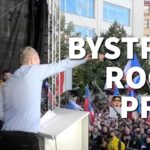