Whether or not groups like Black Lives Matter contributed to the shooters’ ideology remains a mystery. What is suspicious however, is a certain group that sprung up the day before the shooting. As ABC’s WBRZ reports:

Jerald Justice said the group was approached by local residents like Edwin Smith to help establish a Baton Rouge chapter.

Founders met Saturday to formally establish the chapter as well as gather names for new members. WBRZ News 2’s Earl Phelps was able to briefly attend the event on the condition that he does not reveal the meeting’s location.

“With the help of the New Black Panther Party, these members should be able to handle any or everything in their city,” Justice said.

is it a coincidence that just one day later, three policemen are dead? You decide. 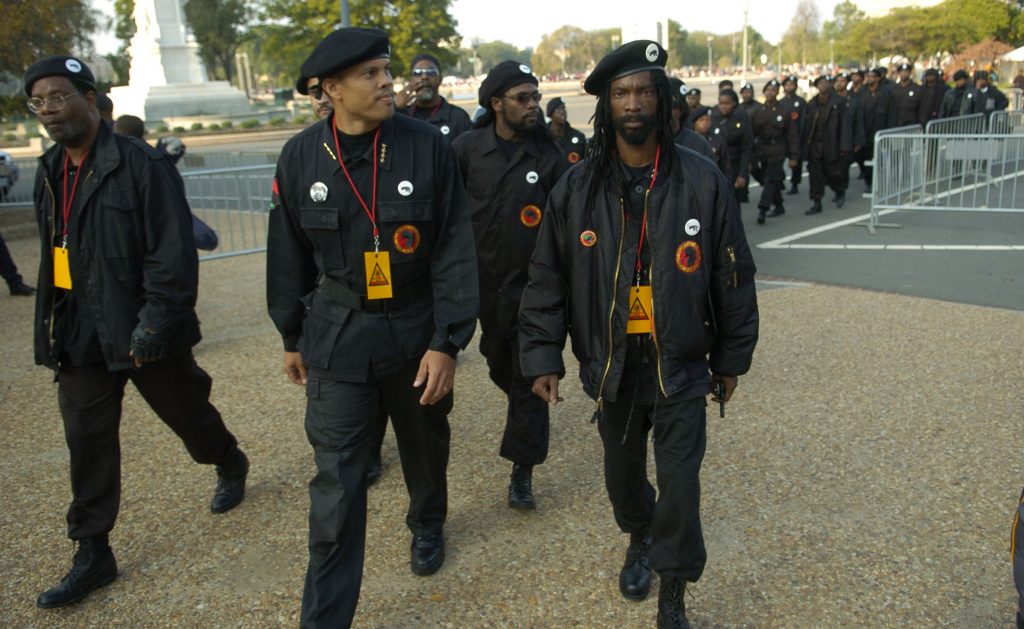 Members of The New Black Panther Party walk towards the US Capitol in Washington, DC, for the Million More Movement rally to commemorate the 10th anniversary of the Million Man March, Saturday, October 15, 2005. ( J.M. Eddins Jr. / The Washington Times )