Bret Weinstein: “Welcome to Portland; the progressive dream that has turned into a nightmare.” 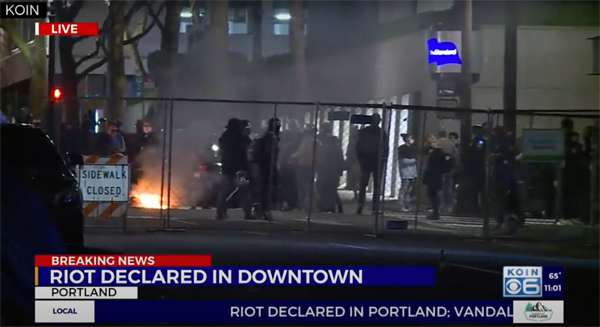 “On the face of it, Petunia’s bakery in Portland epitomises everything progressive about the city. Its pies and pastries are wheat-free, look pretty on Instagram and, more importantly, taste delicious.

But take a moment to read the sign on the shop’s window as you enter, and it soon becomes clear that Petunia’s has been drawn into a far darker chapter of the Portland story; one that tells of a city in free fall due to an almost accidental anarchist takeover, where residents have as much to fear staying home as going out and even the most harmless of shops is liable to have its windows smashed in.

The sign is Petunia’s special take on a Portlandian phenomenon that my wife Heather has come to call a ‘don’t-hurt-me wall’ — a now-widespread attempt by local business owners to make anarchists think twice before vandalising their shop or café.

‘We are a small, women and locally owned business,’ Petunia’s sign pleads. ‘We are struggling like so many of us in this hard time, and love our community. Please don’t cause us any damage.‘ Welcome to Portland; the progressive dream that has turned into a nightmare.

… Petunia’s ‘don’t-hurt-me wall’ is more explicit than your average Portland business. It has, for example, resisted the urge to simply and loudly proclaim that BLACK LIVES MATTER, presumably because its owners know that Portland is entirely composed of people who already agree with this obvious decree — including the police.

But its attempt to reason with the anarchists — by highlighting how it is a struggling small business, locally owned and run entirely by women — speaks volumes about day-to-day life in my home city, where negotiating with vandals has become an essential skill. Indeed, Portland is full of signs in windows and on lawns pleading with anarchists to move on and hurt someone else. These residents know they cannot depend on the police to either prevent crimes or arrest those who commit them, and who can’t manage to come together and face down a small but violent mob of misanthropes.

The streets of downtown Portland, once a bustling home to independent boutiques, are now lined with boarded-over windows and closed businesses. No neighbourhood is secure from the current wave of terror; the breaking of shop fronts, arson and harassment of sleeping citizens in their homes are all commonplace. …

America may be being torn apart by the tension between Democrats and Republicans, but that is not what afflicts Portland. The problem in Portland, as in so many the cities along the West Coast, is that the progressives have fully defeated conservatives, and without any opposing political force, their liberalism has become unhinged.

… So long as rioters claim to fight for the oppressed, they appear to have carte blanche. If they decide they don’t like this article, if they come to my house to menace my family as they have done to Andy Ngo, Mayor Wheeler and countless anonymous citizens of Portland, will the police intercede? I honestly don’t know.

The truth is, I rarely see any evidence of even basic law enforcement here in Portland. The police are extremely slow to respond to emergency calls. The citizens and businesses have, over the last year, been left to fend for themselves against criminals thinly cloaked in progressive slogans.“ 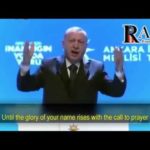 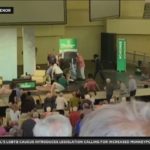