I think this is the hardest post Im ever going to write. Last night I went missing as some of you may be aware as Lucy shared it. Sorry for concerning people I’m safe now. I didn’t want to share this because I’m scared of the judgement that will come with it, it’s why I keep quite about what has happened to me, but people have asked me to tell my story. When people have asked why I have had a black eye or bruises I’ve made every excuse, from falling over to banging it on a door. I didn’t want to share this but people need to know about this local and very real issue. People need to be looking out for young girls and protecting them. If me sharing my story helps raise awareness and helps just one person then it will make this worth while.

Yesterday I was put into the back of a car, taken to an address to have sex with 3 Asian men. Afterwards I was beaten because I was in debt to these men for not attending “party’s” for over 7 weeks due to crona virus. The organisers of the party decided to beat me to teach me a lesson. They decided that I don’t learn from being battered as I’ve received beatings before but “still continuing to make the same mistakes” so they decided to try and cut my finger off! They then continued screaming in my face, waving a knife around saying they would kill me.

These are evil yet clever men. They know how to manipulate, convince and threaten girls into staying, when they can’t they use extreme violence! I used to believe that these people loved me, I realise now that they used me for their own gain and profit. They have beaten me on multiple occasions sometimes for no reason at all. They have given me drugs to the point I was nearly addicted to herion! They have stripped me naked, beaten me and dumped me in the middle of nowhere with nothing, I mean nothing, no money, phone, ID, clothes, shoes, nothing! They did this once in winter we’re I got found with bad hypothermia. They have broken my ribs, many bones in my face, they have split my ear, cut my throat, attempted to cut my boobs and nipples off, they have carved words into my body, branded me with letters, they have dislocated my elbow, they have stabbed me, they have burnt me and used me as an ashtray to stump cigarettes out, they have beaten me black. I have had a bleed on the brain from a head injury, I have lost some vision in one of my eyes from being smacked so badly. Now I have had my finger cut. They have put lit petrol rags and threatening letters thru my letter box, they have followed me home, tried to drown me, strangled me and they have stalked me. They have had guns they have waved around and held to my head. They have abused me in every way possible. They have emotionally abused me calling me every name. It got to the point we’re I was being abused all the time and being hit and hurt weekly! I am incredibly lucky not to be dead already! I thought the only way I could escape this life was to marry one of them, get pregnant or kill myself.

I used to just laugh these situations off, pretend like I was invisible and I would always be okay There’s only so long you can pretend everything is alright before you break. I did break and tried to kill myself to escape. I lost all my self respect and I didnt actually care if I was killed because at least then all of this would be over. I know now that this has gone to far and everything is not okay. I have scares across my body that won’t go away but even worse I have memories that won’t disappear that I can’t forget!

This has been years of me being trafficked to places across Manchester, Yorkshire, Lancashire and Cumbria. Mostly Leeds, Huddersfield, Oldham, Preston, Blackpool, Lancaster and Morcombe. I have also been to other places as well as attending “party’s” locally in Barrow. This is to have sex with Asian men with me receiving nothing for it. I am not the only girl in barrow who has gone thru this or is going thru this. I know plenty of girls involved including girls from away. This is local men and men from away. These are mostly Packistani men and some are business owners.

I wish I could name all of those involved but due to current ongoing investigations I’m not aloud. I have spoken and it was the scariest thing I have ever done. My world completely turned upside down and I was a “grass” and it’s been so hard dealing with all these beatings, making excuses and covering things up. I know this is only a temporary stage and once this is done I will feel the biggest relief. I will continue telling the police everything I know and helping them to fix this. I will get the justice I deserve and I will be so proud of myself. I want to encourage any other girl to go to the police and speak and also remind them that this isn’t a normal life.

I hope me sharing this means that people can notice signs. If anyone suspects a girl to be involved, report it to teachers, social services, child line, police, parents.
Parents gain trust with your children so they won’t be afraid to tell you things, so they don’t hide things, so they don’t become secretive! Don’t cause unnesassary drama which will push them away from you but closer to there abusers.
Adults in responsible position look for this in young girls, look for them becoming withdrawn, acting strangely, look for signs of intoxication, drug habits, mental health, look for bruises that they are unable to explain, don’t rule it out, always consider it as a very real possibility.
Girls open up, speak to your friends and parents, tell someone you trust, you can speak to childline, samarttans, people at the woman’s centre. tell the truth, you will be believed. Please also remember these men will promise you the world and deliver nothing they don’t love you, every word they say is a lie. Also remember if a man asks you to keep it a secret it’s usually because what he is doing is wrong, remember it’s not your secret to keep. Please also remember there are age restrictions on sexual activity for a reason. You should never feel pressured into having sex. You should never be briebed or convinced that it’s the right thing.

Below are some photos taken of me during this abuse they are disturbing and embarrassing for me but it’s the reality of this abuse. I could post more but this shows enough. Show young girls these photos if you must, might scare them/ teach them it might be fun and nice at the start but this is how it ends.

This is not okay, no excuse justifies hurting another human in this way. If anybody needs help or a friend my inbox is always open! please do not hesitate to contact me, I will listen and I will help in anyway possible. You will not be alone and I will understand. Like I said use are welcome to share this story if it helps just one person it will make everything worth while. 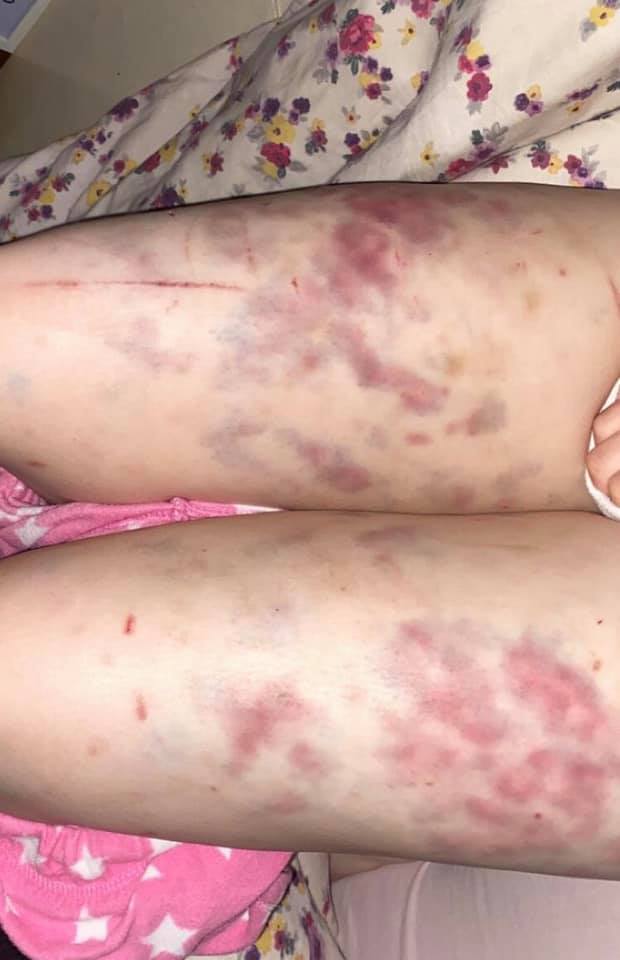 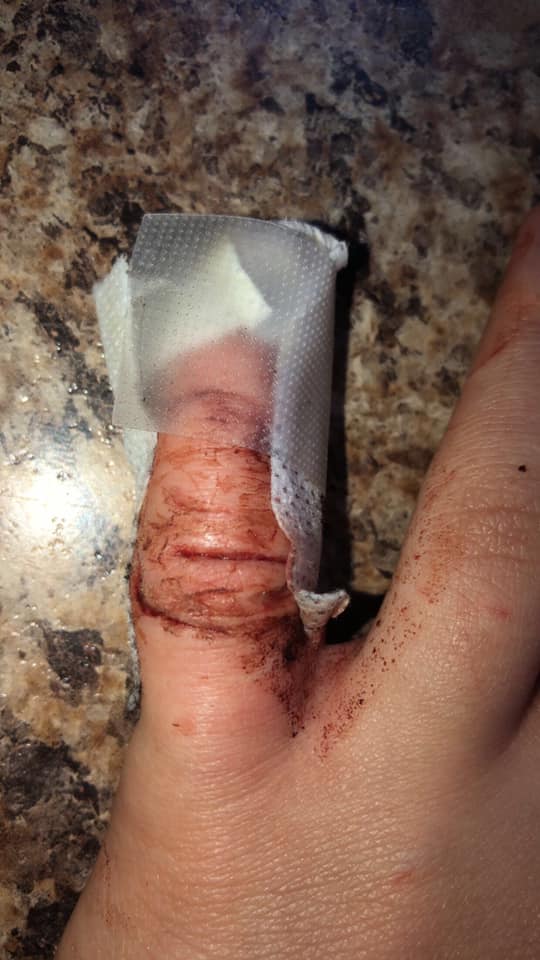 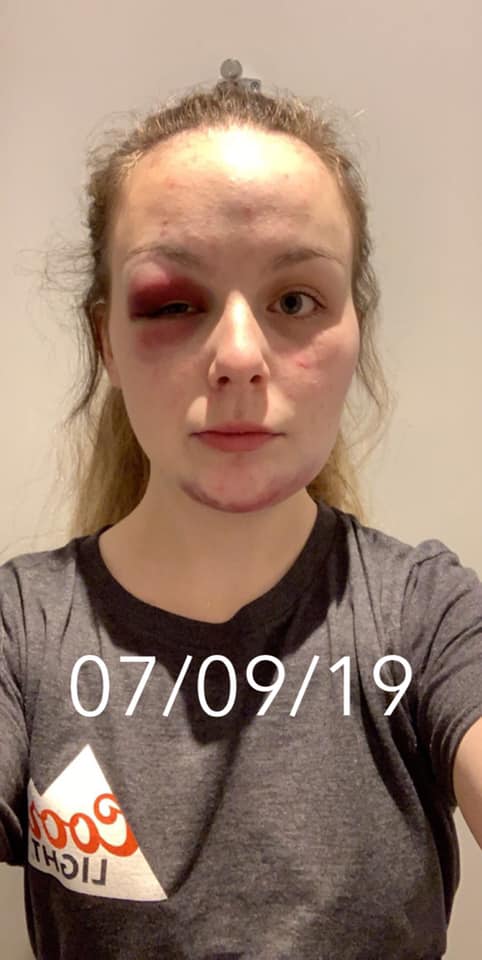 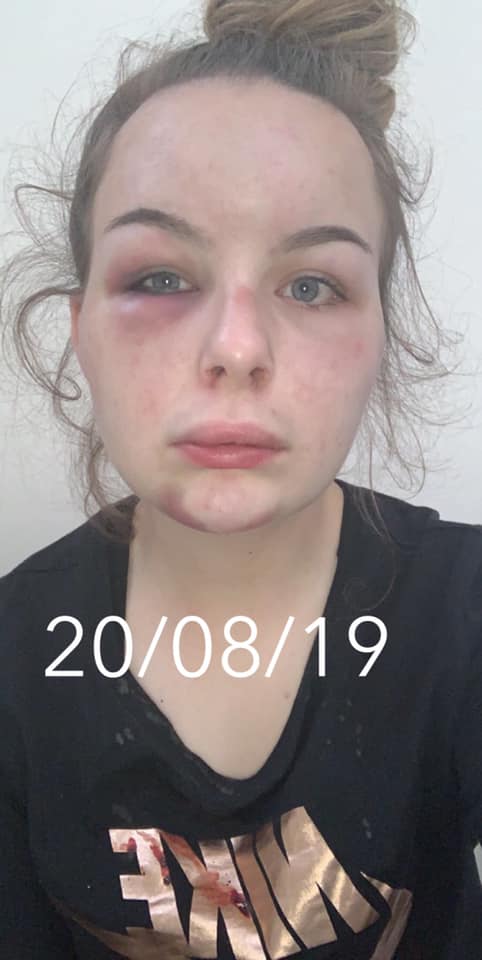 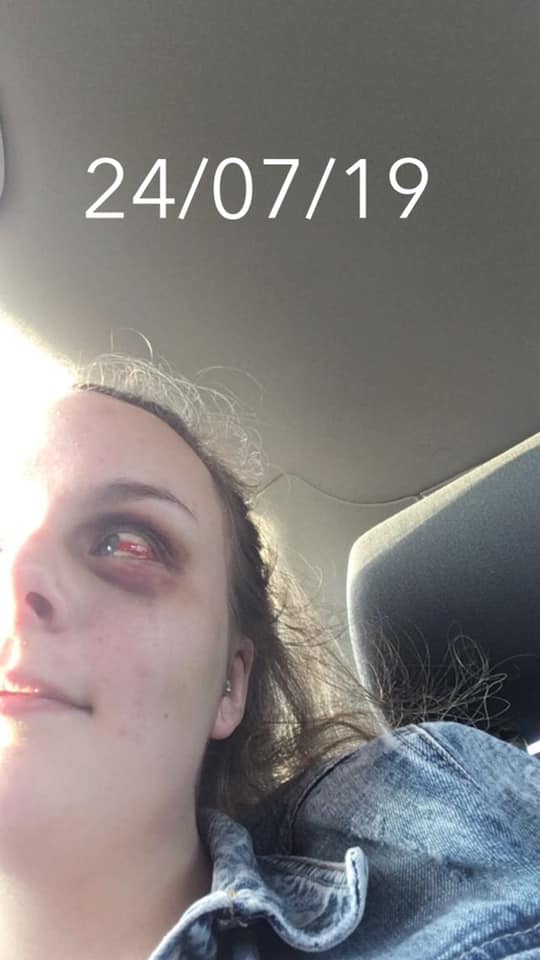 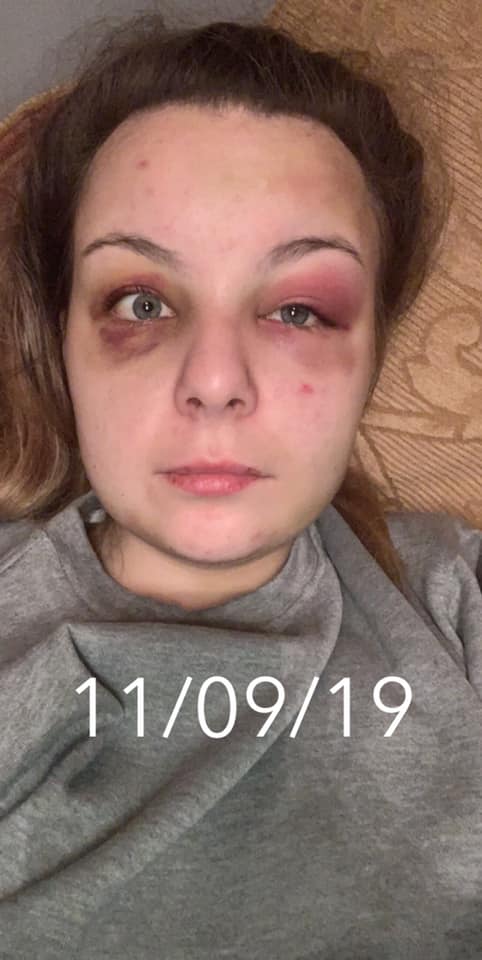 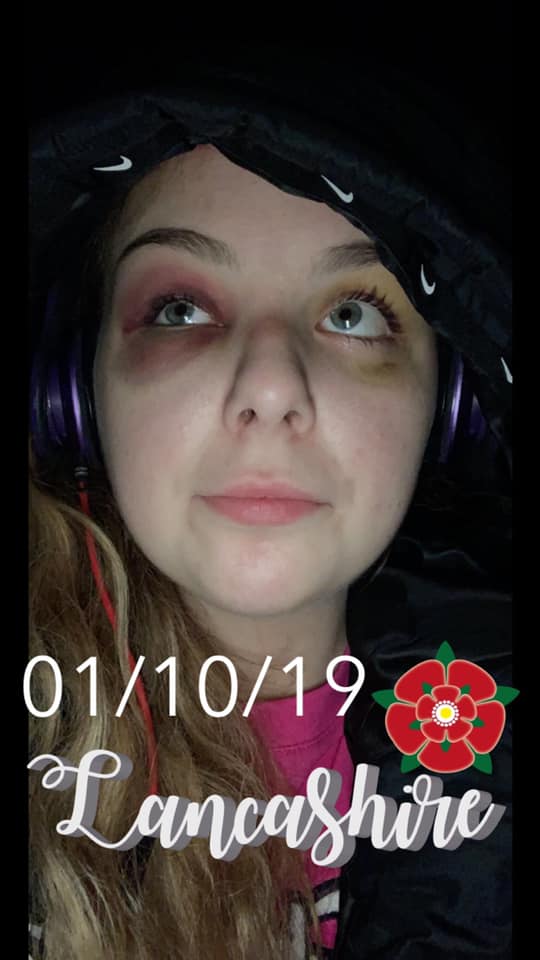 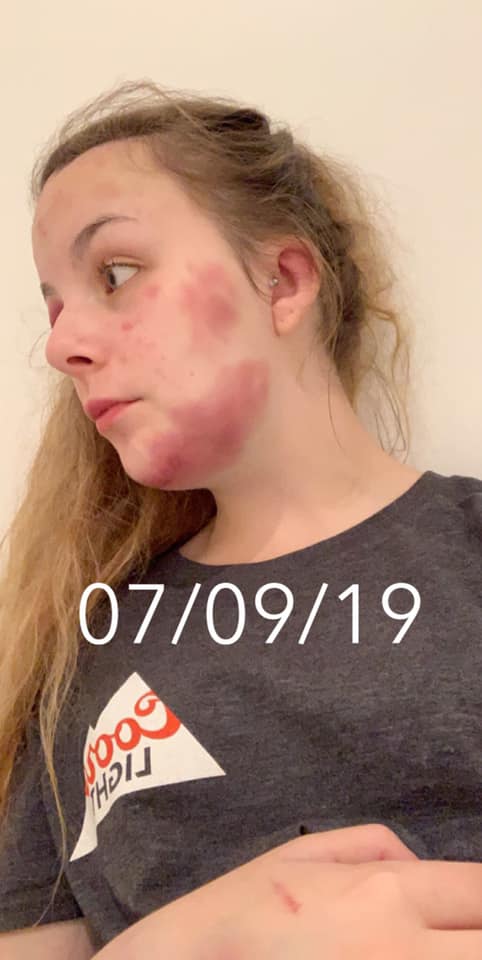 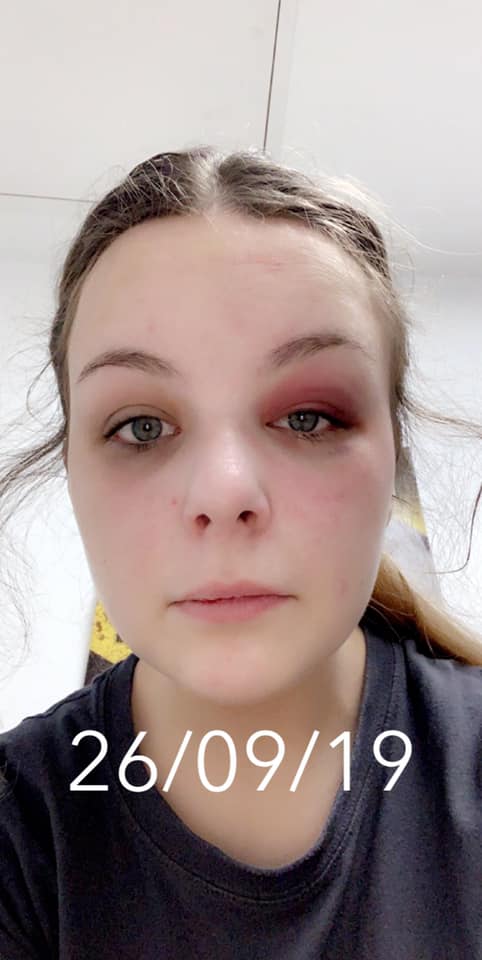 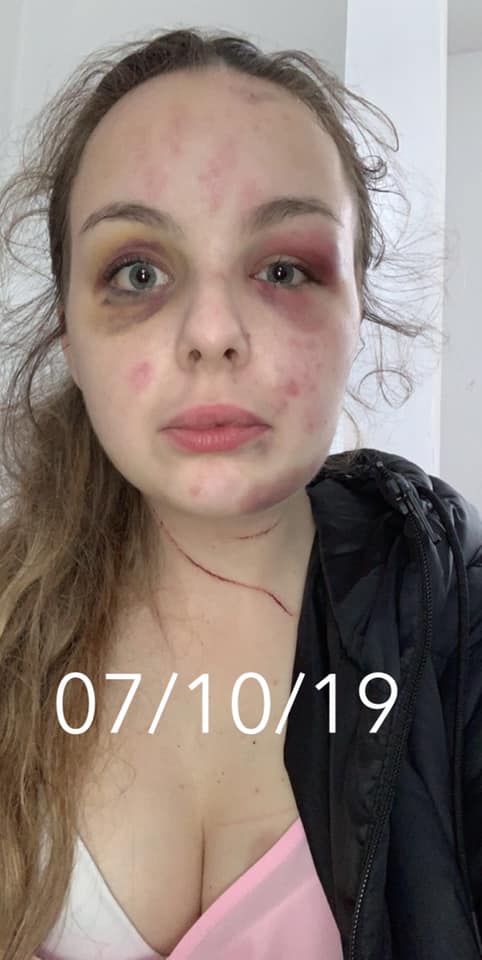 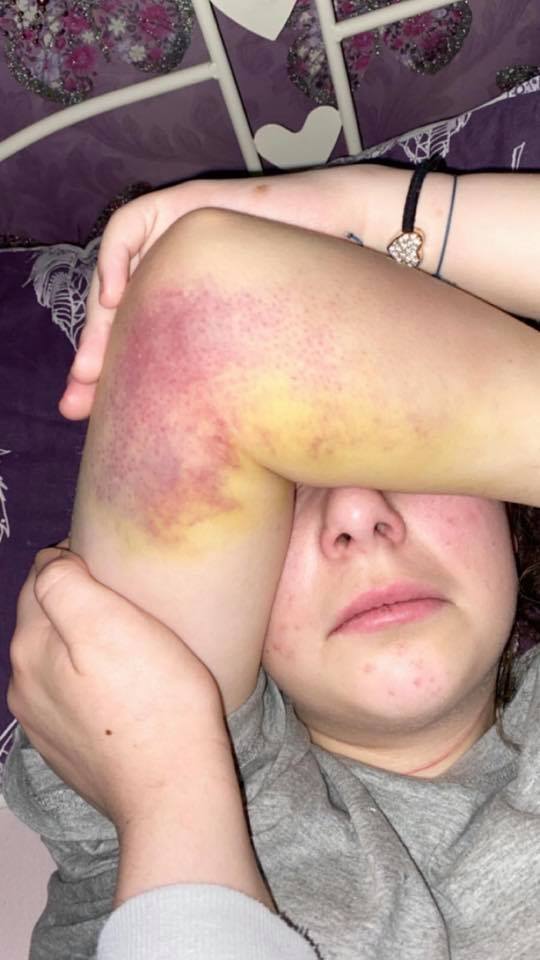 “If asked, is there an organisation of Asian men in Barrow conducting abuse or sexual exploitation against individuals our investigation has shown that has not been corroborated.”

First up I want to make very clear is that Ellie did not get arrested for all the reasons everyones saying. Ellie had a curfew for her own safety as she was constantly getting taken out of barrow and going missing for days on end. This curfew meant Ellie was not allowed out of the house from 7pm-7am. On Tuesday when Ellie wasn’t home for 7pm we started to become worried about her and contacted the police as she’d been missing before but not for weeks now due to the lockdown. Ellie was found by the police. She was taken to hospital with serious injuries by the police. The police stayed with her at the hospital to take a statement off her. When Ellie was discharged from the hospital while the police where still with her! What I can’t work out is why was she not arrested there and then like she should of been? Why was it the next day when she had posted what has been happening to her all this time, after the post blew up and so many people shared it within an hour later did the police come and then arrest her?

Ellie, my family&close friends of Ellie’s have been shouting about this for so long, reporting every time she came home hurt, every time she went missing and nobody wanted to listen. We’ve been told to keep posting all over social media so the situation can no longer be ignored. As Ellie can not do this, I will. I’m not going to stop until somebody helps Ellie and the rest of the girls who are involved. It took Ellie’s first post to go viral for people to start taking her seriously, even though she has most of the public behind her, the people who need to listen the most still won’t take it seriously.