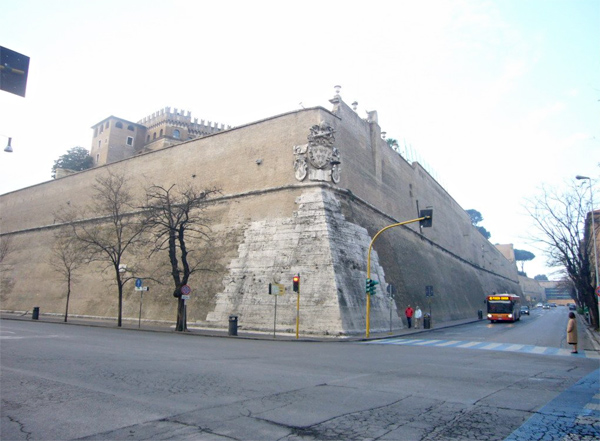 “A person who thinks only about building walls, wherever they may be, and not building bridges, is not Christian.” (Pave Frans, 2016)

“In the ninth century, Pope Leo IV announced that Vatican City needed walls to protect it from the Saracen pirates who were pillaging southern Italy. … After the Saracens attacked Rome and the basilicas of Old St Peter’s and Saint Paul Outside the Walls in A.D. 846, Pope Leo IV ordered the construction of a 39-foot-tall (nearly 12 meters) wall around part of Vatican City, an independent city-state where the pope lives.” (Livescience.com)