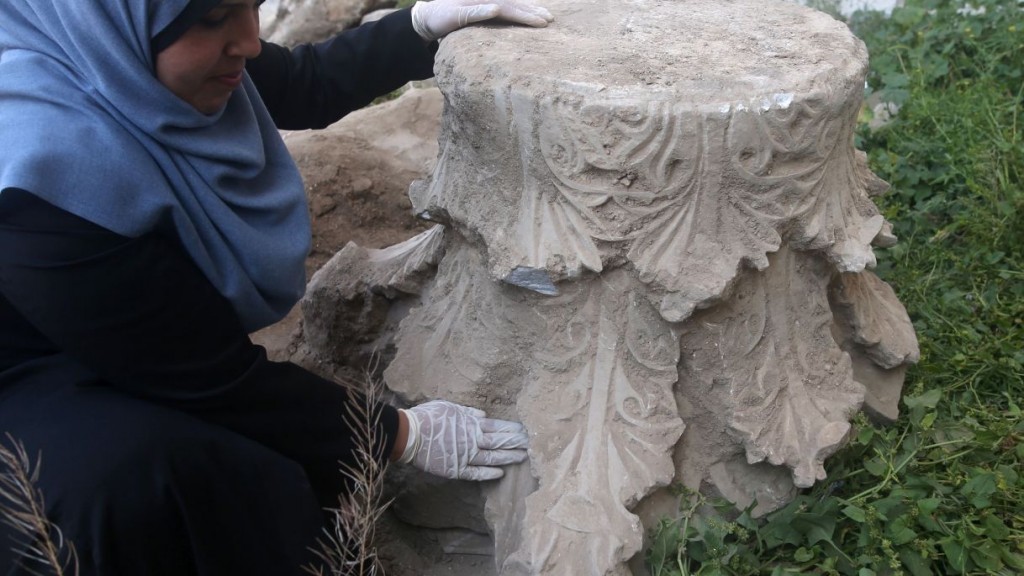 Palestinian Christians are up in arms over the destruction of the ruins of an ancient Byzantine church that were recently discovered in Gaza City.

The protest, however, failed to win the attention of the international community, especially United Nations agencies such as UNESCO, whose mission is to secure the world’s cultural and natural heritage.

The ruins of the 1800-year-old church were discovered in Palestine Square, in the Al-Daraj neighborhood of Gaza City, where Hamas is planning to build a shopping mall. The dramatic discovery of the antiquities did not seem to leave an impression on the construction workers, who removed artifacts and continued with their work at the site.

Defying belief, bulldozers were used to destroy some of the church artifacts, drawing sharp criticism from Palestinian Christians, some of whom rushed to accuse both Hamas and the Palestinian Authority (PA) of copying ISIS tactics to demolish historic sites.

For Palestinian Christians, the destruction of the church ruins is yet a further attempt by Palestinian Muslim leaders to efface both Christian history and signs of any Christian presence in the Palestinian territories.

The charges reflect the bitterness felt by Palestinian Christians against their leaders in the West Bank and Gaza Strip. The charges also reveal the growing sense of marginalization and persecution that many Christians feel under the Palestinian Authority and Hamas.

Palestinian Christians also express disappointment with the lack of interest that the international community, including the Vatican and Christian communities around the world, have shown in this case, which they regard as an assault on their heritage and holy sites.

Hamas claims that it does not have the resources to preserve the ancient site of the church. Preserving the Christian site, they say, would require millions of dollars and hundreds of workers at a time when the Islamist movement is facing a financial crisis due to the ongoing “blockade” on the Gaza Strip.

The Palestinian Authority, for its part, maintains that, as it is not in control of the Gaza Strip, the destruction of antiquities is out of its hands. Still, the PA leadership in the West Bank has not come out publicly against the demolition. This is the same PA that promotes a stabbing and car-ramming “intifada” for the Jews’ “desecrating” the Al-Aqsa Mosque in Jerusalem by touring the Temple Mount under police protection.

As far as the Palestinian Authority is concerned, visits by Jews to the Temple Mount are far more dangerous than the wrecking of important Christian sites in the Gaza Strip. Instead of denouncing Hamas’s actions itself, the PA’s official news agency, Wafa, ran a report quoting Palestinian archeologists and historians voicing their outrage over the destruction of the Christian site.

One of the leaders of the Christian community in the West Bank, Father Ibrahim Nairouz, wrote an angry letter to PA Prime Minister Rami Hamdallah complaining about the wanton mishandling of the church ruins in the Gaza Strip.

Father Nairouz wrote in his letter: “Would you have handled this issue the same way had the ruins belonged to a mosque or a synagogue?”

He also announced his decision to boycott a tour of the Palestinian prime minister to Bethlehem and Hebron, in protest against the destruction of the church ruins in the Gaza Strip.

Father Nairouz’s protest was joined by many angry Palestinian Christians — and some Muslims — who voiced their revulsion at the wreckage.

Sami Khalil, a Christian from the West Bank city of Nablus, wrote:

“I think that silence is up to the stage of conniving. But the question is where are the artists to preserve our Christian Heritage? Where are the heads of the churches in Jerusalem and the world? Where are the bishops? Where are the Vatican and UNESCO? Where are the leaders and politicians who talk, talk, talk about national unity and the preservation of holy sites? Or is this a collective conspiracy to end our existence and history in the East?”

Another Christian, Anton Kamil Nasser, commented: “Whether it was a church or something else, this is a form of intellectual terrorism and retardation.”

Abdullah Kamal, a staff member at Al-Quds University in Jerusalem, said: “Regrettably, the silence over this destruction of this Heritage and historic site in our country is tantamount to a crime.”

A Christian woman from East Jerusalem remarked: “Shame on us. If this happened under the Jews, they would have turned the site into a museum.”

Yes, all is not well under the Palestinian Authority and Hamas for the Christian minority.

It is no secret that a growing number of Christians in the West Bank and Gaza Strip feel that they are being systematically targeted by both the PA and Hamas for being Christians.

The ravaging of the ancient Byzantine church in Gaza is just one example of the disrespect with which the Palestinian Authority and Hamas deal with their Christian residents.

In yet another incident that has enraged Christians, the PA police last week arrested a prominent Christian businessman in Bethlehem, 60-year-old Raja Elias Freij.

The Palestinian Authority claims that Freij was arrested for threatening a merchant from Bethlehem — a charge he, his family and many other Christians strongly deny. Last weekend, several Christians staged a protest in Bethlehem’s Manger Square to demand the release of Freij, and accused the PA of religious discrimination against him.

The plight of Palestinian Christians does not interest the international community. That is because Israel cannot be blamed for demolishing the antiquities. If the current policy against Christians persists, the day will come when no Christians will be left in Bethlehem, and pilgrims visiting the city will have to bring their own priest with them to lead the prayers.

Khaled Abu Toameh, an award-winning journalist, is based in Jerusalem. 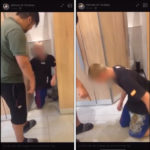 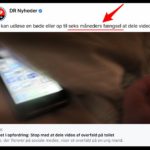