The UK is accelerating its Islamization at an ever-increasing speed. The desire of the British establishment to submit to Islam appears to be overwhelming.

In a recent report, the Henry Jackson society exposed how the UK used taxpayer funds to support Islamist charities working against British society to the tune of more than six million pounds in 2017 alone. According to the report, “As the case studies in this report are illustrative rather than comprehensive, it is likely that this sum represents only the tip of the iceberg”. The report concludes, “Until more comprehensive action is taken, a network of Islamist extremists operating in the UK will continue to use charities and taxpayer money to fund the spread of divisive, illiberal and intolerant views within our communities”.

Among the charities detailed in the report, are several Islamic charities involved in dawa [outreach, proselytization], such as the Islamic Education and Research Academy (iERA), as well as several charities connected to Hamas and the Muslim Brotherhood, such as the Muslim Charities Forum (MCF) and Islamic Relief.

Deploying taxpayer money to support Islamic charities is not the only way in which the UK embraces Islamization.

St. Stephen’s Primary School in Newham, London, was recently forced to change its ban on hijabs for girls under the age of eight, even though, in Islam, girls are not obliged to cover themselves before they reach puberty.

This reversal happened after a massive coordinated backlash by Islamic organizations, such as the Muslim Council of Britain — which the UK government believes to be linked to the Muslim Brotherhood — and MEND. The campaign against the ban included a petition, signed by more than 19,000 people as well as local councilors. Ten Newham councilors protestedthat, “To attack an article of faith and clothing in this manner is an outrage and is simply wrong. The argument against allowing school children of whatever age, to wear a hijab actually goes against our fundamental values as a progressive, tolerant and inclusive society. We therefore call upon the school to overturn this decision immediately…” During the coordinated campaign against the hijab ban at the school, teachers were subjected to bullying and abuse, and the head teacher responsible for introducing the ban was compared to Hitler.

The school’s chair of governors, Arif Qawi, who had written in a social media post that he was trying to “limit the Islamisation process, and turn these beautiful children into modern, British citizens”, also had to resign. Miqdaad Versi, the assistant secretary general of the Muslim Council of Britain, said his organization welcomed Qawi’s resignation, because of his “appalling” statements in support of the ban. “Yet serious questions remain unanswered as to the school leadership’s attitude towards Muslims, which are potentially discriminatory…We hope that future decisions are made carefully and with full consultation with local communities.” Versi said.

This is how Islamization occurs and is made permanent: Other schools will think carefully of the risks before they even attempt to “limit the Islamization process”. According to the former head of the Office for Standards in Education, Children’s Services and Skills (Ofsted), Sir Michael Wilshaw, the lack of a national policy on wearing hijabs in schools is due to political correctness, which leaves teachers “alone, isolated and vulnerable”.

“There’s something like 150 schools… which in short make it compulsory for youngsters to wear a hijab — so what’s happening about those schools?”, Sir Michael asked recently , “The country has enormously changed. When heads want to change things, they have now to take into account deep-seated and sincere feeling of communities, some of whom who have conservative views”.

The British state evidently cares less about Islamization — and the oppression of little girls — than about political correctness.

The clerical establishment is also pressing Britons to accept and accommodate the ongoing Islamization more readily. Archbishop Welby cautiously admitted in November 2016 that dealing with the religiously motivated violence in Europe “requires a move away from the argument that has become increasingly popular, which is to say that ISIS is ‘nothing to do with Islam’… Until religious leaders stand up and take responsibility for the actions of those who do things in the name of their religion, we will see no resolution.”

Since then, however, he appears dutifully to have returned to the submissive fold and in February 2018, he was once more preaching the politically correct gospel of “Welcoming strangers to our country and integrating them into our culture… We must be generous and allow ourselves to change with the newcomers and create a deeper, richer way of life”. One year ago, in February 2017, Welby suggested that Brexit and the election of Trump were both “in the fascist tradition”.

Britain’s security establishment also seems longing to submit to Islam. Scotland Yard recently warned that hate crimes (“Islamophobia”, in other words, as no other hate crime is taken as seriously) are “hugely underreported”. Chief Superintendent Dave Stringer, Scotland Yard’s head of community engagement said: “The Met has seen a steady increase in the reporting of all hate crime, particularly racist and religious hate crime. Despite this rise, hate crime is hugely underreported and no one should suffer in silence.”

It is virtually impossible for “Islamophobia” to be “underreported” in London. The UK is nothing, if not clinically obsessed with “Islamophobia”. In 2016, London mayor Sadiq Khan’s Office for Policing and Crime announced it was spending £1.7 million of taxpayer money policing speech online. Less than six months ago, London police teamed up with Transport for London authorities to encourage people to report hate crimes during “National Hate Crime Awareness Week”, which ran from October 14-21. The events were mainly targeted at Muslims, with officers visiting the East London Mosque to encourage reporting hate crimes. British police have even been taking lessons about Islam and “Islamophobia” from radical Islamist groups such as Mend. One of the most active Mend figures, Azad Ali, has said that he has “love” for Anwar Al-Awlaki, an influential US-born Islamic terrorist, who was killed by a US drone strike in Yemen in 2011.

Meantime, while the police obsess over “Islamophobia”, regular crime in London is exploding. The latest statistics from the London Mayor’s Office for Policing and Crime show that in the past year, homicides have increased 27.1%, knife crimes have increased 31.3%, and there were 2,551 incidents of gun crime, representing a rise of 16.3%. Police recorded 7,613 rapes in the 12 months through January 2018 compared with 6,392 for the previous year, a rise of almost 20%. As reported by the Evening Standard, the figures also show an 8% increase in other sexual offences in the past year, bringing the total number of reported rapes and sexual assaults in London to almost 20,000. Campaigners have suggested the real figure could be “significantly higher” once unreported attacks are taken into account. British police, meanwhile, say they are at a loss to explain what is causing the rise in rapes.

The Metropolitan Police Deputy Commissioner Sir Craig Mackey was recently asked if he had any idea what was behind the surge. His answer: “No, is the honest answer… there is something going on with sexual offending in London that we don’t fully understand, the causes of it. We see the end of it, [but] we don’t understand the causes.”

In Rotherham alone, after 16 years of dismissing the problem, the number of child abuse cases rose to 1,510. The National Crime Agency (NCA) inquiry, “the biggest of its kind in the UK, has identified 110 suspects, of whom 80% are of Pakistani heritage”, officers said.

In its seeming eagerness to submit to Islam, the security establishment even appears to be willing to compare people responding to Islamization and Islamic terrorism with the Islamic terrorists themselves. In a recent lecture, one of the UK’s top counterterrorism officials, Assistant Commissioner Mark Rowley, outgoing head of counter-terrorism policing, compared Tommy Robinson, an anti-Islamist activist, often described as “far-right,” to Anjem Choudary, a radical terrorist-linked Islamist cleric who has advocated sharia in the UK and is now serving a prison sentence for urging support for ISIS.

“Robinson also became a regular fixture in our media, giving him the platform to attack the whole religion of Islam by conflating acts of terrorism with the faith, often citing spurious claims, which inevitably stirred up tensions” Rowe said, “Each side feeds into each other’s extremist rhetoric with the common goal of increasing tensions and divisions in communities”.

Rowe also said, “The right-wing threat was not previously organized. Every now and then there’s been an individual motivated by that rhetoric who has committed a terrorist act, but we’ve not had an organized right-wing threat like we do now”.

Perhaps Rowley might stop to consider why there is now an organized right-wing threat. The British establishment — people such as Rowley — have categorically embraced the “Islam is peace” narrative. The establishment has even let itself and its police be lectured by radical Islamist organizations such as Mend on what Islam is — and has doggedly refused to listen to any dissident voices. Large parts of the British population, therefore, have nowhere to turn with their frustrations at the rapid Islamization of British society, apart from anti-establishment or far-right organizations. No other organizations appear willing to have an open discussion about the ongoing Islamization. Rowley and other establishment figures, especially political ones, continue to evade responsibility for this upheaval — a situation that seems bound to continue, unless or until the British establishment — political, security, educational, clerical and cultural — begins to address, openly and honestly, the rapidly increasing speed of Islamization into British society.

UK: Islamization Full Speed Ahead
by Judith Bergman
March 24, 2018 at 5:00 am
https://www.gatestoneinstitute.org/12011/britain-islamization 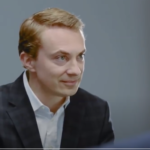