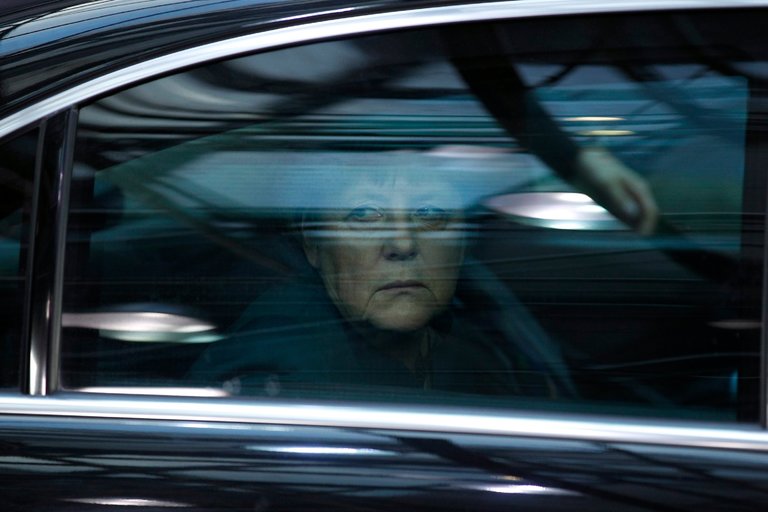 Donald Trump’s electoral victory has come as a shock to Europe’s political and media establishment, which fears that the political sea change underway in the United States will energize populist parties in Europe.

Anti-establishment politicians, many of whom are polling well in a number of upcoming European elections, are hoping Trump’s rise will inspire European voters to turn out to vote for them in record numbers.

Commenting on Trump’s victory, Dutch lawmaker Geert Wilders, wrote: “America has just liberated itself from political correctness. The American people expressed their desire to remain a free and democratic people. Now it is time for Europe. We can and will do the same!”

More than a dozen elections will be held in Europe during the next twelve months, beginning with a re-run of the Austrian presidential election scheduled for December 4. Polls show that Norbert Hofer, of the anti-immigration Austrian Freedom Party, is on track to win that race.

Also on December 4, Italians will vote in a referendum on reforming the constitution. Observers say Trump’s victory will make it more difficult for Italian Prime Minister Matteo Renzi, one the few world leaders publicly to endorse Hillary Clinton, to prevail. They say Renzi’s open support for Clinton will hurt Italy’s relations with the United States. Renzi has said he will resign if he loses the referendum, which calls for curbing the role of the Senate. Most opinion polls show the “no” camp ahead. Renzi says the move will simplify decision-making, but opponents say it will reduce checks and balances.

General elections are scheduled in 2017 for the Czech Republic, France, Germany and the Netherlands, EU countries where anti-establishment candidates are challenging the established order.

Mainstream politicians and the media have sought to discredit populist leaders by branding them as neo-Nazi and xenophobic for their opposition to mass migration, multiculturalism and the rise of Islam in Europe. If Donald Trump can demonstrate that he is able to govern the United States and produce tangible results, especially by growing the economy and curbing illegal immigration, Europe’s political establishment will have a much harder time stigmatizing dissenters.

Austria. The leader of the Freedom Party, Heinz-Christian Strache, congratulated Trump on Facebook. He wrote:

“Little by little, the political left and the out-of-touch and corrupt establishment is being punished by voters and driven from power. This is a good thing, because the law comes from the people. The Austrian mainstream media, which has been campaigning against Trump for weeks and prematurely declared Hillary Clinton the victor, were embarrassed by the voting public.”

Belgium. The populist Vlaams Belang (Flemish Interest) party congratulated Trump and said his unexpected election victory could be repeated in Europe. Party chairman Tom Van Grieken tweeted: “U.S. election shows again how far politicians are from the people.” In another tweet, he wrote: “The rise of Trump is not an isolated phenomenon. In Europe too, more and more voters want real change.”

“I would like to congratulate Donald Trump on being elected the next President of the United States, following a hard-fought campaign. Britain and the United States have an enduring and special relationship based on the values of freedom, democracy and enterprise. We are, and will remain, strong and close partners on trade, security and defense.”

The leader of the UK Independence Party, Nigel Farage, who successfully campaigned for the “Brexit” referendum for Britain to leave the European Union, said Trump’s victory did not surprise him. He tweeted:

“2016 is, by the looks of it, going to be the year of two great political revolutions. I thought Brexit was big but boy this looks like it is going to be even bigger.”

He also tweeted: “I hand over the mantle to @RealDonaldTrump! Many congratulations. You have fought a brave campaign.”

Speaking to ITV, Farage said: “The political class is reviled across much of the West, the polling industry is bankrupt and the press just hasn’t woken up to what’s going on in the world.”

“I would like to cordially congratulate Donald Trump. I had, as one of few European politicians, declared public support for this candidate because I agree with his opinions on migration as well as the fight against Islamic terrorism. I appreciate Donald Trump’s public demeanor. He speaks clearly, sometimes roughly, but understandably, and avoids what is sometimes called political correctness.”

“Europe and the United States simply have no option but to cooperate as closely as possible. I listened with attention to President-elect Trump’s call for American unity. And I, in turn, would like to call for European and transatlantic unity. I do not believe that any country today can be great in isolation. But I do believe that America and Europe can, should and will work together. It is in our common interest. We have to recognise that this will take major efforts from both sides. The EU is a strong and reliable partner and will remain so. We expect the same from America and its new President.”

France. President François Hollande tweeted: “The American people have expressed themselves. They elected Donald Trump. I congratulate him. I am also thinking of Hillary Clinton.”

The French Ambassador to the US, Gérard Araud, tweeted: “This is the end of an epoch. After Brexit and this vote anything is possible. The world is crumbling in front of our eyes.” He later deleted the tweet.

Former Prime Minister Dominique de Villepin said: “What’s happening in the US could happen in France.”

Former Prime Minister Jean-Pierre Raffarin said: “The boundaries of reason disappeared with Brexit, the main lesson for France is that Le Pen can win.”

Laurent Wauquiez, leader of the opposition party The Republicans, said: “In a democracy, when the people feel ignored and despised, they will find a way to be heard. This vote is the consequence of a revolt of the middle class against a ruling elite that wants to impose what they should think.”

The leader of the National Front party, Marine Le Pen, tweeted: “Congratulations to the new president of the United States Donald Trump and the free American people!”

Germany. Chancellor Angela Merkel, who did not mention Trump by name, lectured the president-elect on values:

“Germany and America are connected by values of democracy, freedom and respect for the law and the dignity of man, independent of origin, skin color, religion, gender, sexual orientation or political views. I offer the next president of the United States close cooperation on the basis of these values.”

“We hope that we are not facing greater instability in international politics. During his campaign, Trump was critical not just of Europe, but also of Germany. I believe we must prepare for American foreign policy becoming less predictable. We must prepare for a situation in which America will be tempted to make decisions on its own more often.

“I do not want to sugarcoat it: Nothing will be easier and much will be more difficult. Just as we Germans learned a lot in the past from our American friends, we should now encourage our American friends to stay true to past partnerships and to us.”

Defense Minister Ursula von der Leyen said Trump’s victory was “a big shock” and “not a vote for him but rather against Washington, against the establishment.” She added:

“Of course we Europeans, as a NATO ally, know that if Donald Trump becomes president, he’ll ask: What are you contributing to this alliance? But we’re also wondering, what’s your position on this alliance?”

Justice Minister Heiko Maas tweeted: “The world won’t end. But it will get crazier.”

The leader of the populist Alternative für Deutschland (AfD) party, Frauke Petry, predicted that Trump’s victory would result in a political change in Europe too. On Facebook, she wrote:

“It was high time that in the United States of America, people who feel disaffected withdrew their vote for the political establishment. While 93% of voters in Washington, DC voted for Clinton in order to retain their own power structures, the majority of voters across the country want a political new beginning, an economic recovery for the stricken middle class and an end of division in what is still the most powerful country in the world.

“This election result is encouraging for Germany and for Europe, because Trump really has the cards for political sea-change in his hand. I congratulate Donald Trump on his election victory and on this historic chance….

“Like Americans, citizens of Germany must have the courage to put a tick in the ballot box and not remain complacent. Their opinion counts, even if political correctness would appear to have elevated the decreed consensus to the level of a new doctrine.”

“Donald Trump’s victory is a clear signal that citizens of the Western world want political change. This is a surprise only to the establishment. In the USA as well as Germany, citizens wish for secure borders, less globalism, and politics that focus with common sense on issues in their own country.”

“This is proof that these millions of demagogues are not the people, they are journalists, intellectuals, anchored to a world that no longer exists. There are similarities between these events in America and our movement…. We are going to govern and they will ask: ‘But how did they do it?’ They channelled the collective anger.”

“America regained its national sovereignty, its identity, it reclaimed its own democracy, that’s why I call it a revolution.

“The lesson for Europe is, what America can do we can do as well.”

In an essay published by Breitbart, Wilders wrote:

“Yesterday, the American people made it quite clear that they do not want to follow in Western Europe’s footsteps. They do not want to give their country away. They want to preserve their nation, their freedoms, their prosperity. They felt the time for liberation had come.

“The American voters no longer want to be represented by politicians who do not take their concerns seriously. They felt Donald Trump was the only one who listens to them….

“America has just liberated itself from political correctness. The American people expressed their desire to remain a free and democratic people. Now it is time for Europe. We can and will do the same!”

Donald Trump Boosts Europe’s Anti-Establishment Movement
“What America can do we can do as well.” 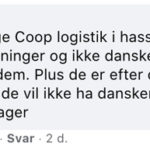 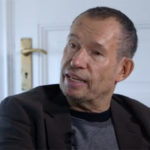