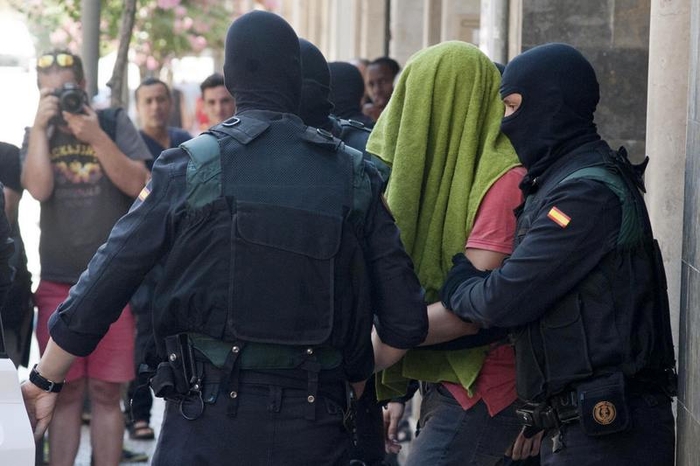 Islamic militants are stepping up a propaganda war against Spain. In recent months, Islamic State and other jihadist groups have produced a flurry of videos and documents calling on Muslims to reconquer al-Andalus.

Al-Andalus is the Arabic name given to those parts of Spain, Portugal and France occupied by Muslim conquerors (also known as the Moors) from 711 to 1492. Many Muslims believe that territories Muslims lost during the Christian Reconquest of Spain still belong to the realm of Islam. They claim that Islamic law gives them the right to re-establish Muslim rule there.

A recent Islamic State document includes a list of grievances against Spain for wrongs done to Muslims since the Battle of Las Navas de Tolosa on July 16, 1212, when the Christian forces of King Alfonso VIII of Castile routed the Almohad Muslim rulers of the southern half of the Iberian Peninsula. More than 100,000 Muslims were killed in the battle, which was a key victory in the Catholic Monarchs’ “Reconquista” of Spain.

The document said that since the establishment of the Spanish Inquisition in 1478, Spain “has done everything to destroy the Koran.” It said that Spain tortured Muslims, including burning them alive. Therefore, according to the Islamic State, “Spain is a criminal state that usurps our land.” The document calls on jihadists to “reconnoiter airline and train routes for attacks.” It also calls on followers to “poison food and water” with insecticides.

The document concludes: “The actions of your ancestors are the reason for our actions today.”

On July 15, 2016, Islamic State released its first propaganda video with Spanish subtitles. The high quality of the Spanish translation, both in writing and in syntax, led some analysts to conclude that that the translator’s mother tongue is Spanish and that the subtitling may even have been done inside Spain.

On June 3, Islamic State released a video — “Month of Ramadan, Month of Conquest” — which mentions al-Andalus four times. Spain is the only non-Muslim country mentioned in the video.

On May 30, Islamic State released a two-page document in Spanish in which it issued threats directly against Spain. The document states:

“We will kill any ‘innocent’ Spanish infidel we find in Muslim lands, and if not we will reach your land. Our religion and our faith lives among you, and even though you do not know our names or what we look like and do not even know whether we are European in origin or not, we will kill you in your cities and towns according to our plan, in the same way that you are killing our families.”

On January 31, Islamic State released a video in which one of its Spanish jihadists warned Spain that it would “pay a very heavy price” for expelling Muslims from al-Andalus. The eight-minute video included the following statement:

“I swear by Allah that you will pay a very heavy price and your demise will be very painful. We will recover al-Andalus, Allah willing. Oh dear Andalus! You thought we forgot about you. I swear by Allah we have never forgotten you. No Muslim can forget Córdoba, Toledo or Xàtiva. There are many faithful and sincere Muslims who swear they will return to al-Andalus.”

On January 7, Al-Qaeda in the Islamic Maghreb, which is fighting Islamic State for hegemony of North Africa, released a video calling for jihadist attacks in Madrid as a strategy to help Muslims recover the Spanish North African exclaves of Ceuta and Melilla.

Another Islamic State video vowed to liberate al-Andalus from non-Muslims. A jihadist speaking in Spanish with a heavy North African accent said:

“I say to the entire world as a warning: We are living under the Islamic flag, the Islamic caliphate. We will die for it until we liberate those occupied lands, from Jakarta to Andalusia. And I declare: Spain is the land of our forefathers and we are going to take it back with the power of Allah.”

Meanwhile, 33 jihadists were arrested in Spain in 17 different raids during the first nine months of 2016, according to the Spanish Interior Ministry.

Most recently, two Spanish citizens of Moroccan origin — Karim El Idrissi Soussi, 27, and a second man identified as 18-year-old O.S.A.A — were arrested in Madrid on jihad terror charges. One of the detainees is a 27-year-old computer science student who watched jihadist propaganda videos in class and threatened to massacre his fellow students.

According to the Interior Ministry, Soussi tried to join the Islamic State but was detained by Turkish authorities while attempting to cross the border into Syria. He was deported and just recently returned to Spain.

The Interior Ministry said Soussi’s penchant for radical Islam became evident in November 2015, when the secondary school where he was studying computer science held a moment of silence to honor the victims of the jihadist attacks in Paris. According to teachers and students, Soussi shouted slogans in support of the attacks which killed 130 people, including 89 at the Bataclan Theater.

On other occasions, Soussi publicly justified jihadist attacks by Islamic State, which he said was the ideal form of government for all Muslims. According to the Interior Ministry, Soussi visited a public library almost daily to connect to the internet and browse jihadist websites. He allegedly created fake profiles and posted jihadist material on social media sites. Soussi also criticized so-called moderate Muslims and expressed hope that someday Spain would become an Islamic emirate.

The other jihadist, O.S.A.A., was arrested for the offenses of “glorifying jihadist terrorism” and “self-indoctrination for terrorist purposes.” The Interior Ministry did not provide further details.

A total of 636 jihadists have been detained in the country since the March 2004 Madrid train bombings, in which nearly 200 people were killed and more than 2,000 injured.

A recent study by the Madrid-based Elcano Institute found that of the 150 jihadists arrested in Spain during the past four years, 124 (81.6%) were linked to Islamic State and 26 (18.4%) to al-Qaeda.

In terms of residency, 29.8% were arrested in Barcelona, 22.1% in Spain’s North African exclave of Ceuta, and 15.3% in Madrid. The others were arrested in more than a dozen other localities across the country.

Islamic State has suffered setbacks on the battlefields of the Middle East, but the jihadist terror threat remains undiminished. In the words of Spanish terrorism analyst Florentino Portero: “Islamic State is answering military defeats with more terror.”

Jihadists Target Spain
“The actions of your ancestors are the reason for our actions today.”