The German parliament has approved changes to the criminal code that expand the definition of rape and make it easier to deport migrants who commit sex crimes.

Under the bill, also known as the “No Means No” (“Nein heißt Nein”) law, any form of non-consensual sex will now be punishable as a crime. Previously, only cases in which victims could show that they physically resisted their attackers were punishable under German law.

The changes, which were prompted by the sex attacks in Cologne, where hundreds of women were assaulted by mobs of mostly Muslim migrants on New Year’s Eve, is being hailed as a “paradigm shift” in German jurisprudence.

But the reforms, which are designed to make it easier for victims of sexual assault to file criminal complaints, are unlikely to end Germany’s migrant rape epidemic. This is because Germany’s politically correct justice system is notoriously lenient when it comes to prosecuting, sentencing and deporting foreign offenders. The bill was unanimously approved on July 7 by the Bundestag, the lower house of parliament. The measure must still be approved by the Bundesrat, the upper house, which will vote on the reforms after the summer recess.

According to the original law, as stipulated in Paragraph 177 of the Criminal Code, victims were required to prove that they had physically defended themselves for an act to constitute rape. Verbal communication — simply saying “No” — was insufficient to bring charges against an assailant. The original law was written that way to deter false accusations of rape and avoid frivolous lawsuits, according to German legal experts.

The reforms will allow prosecutors and courts to take into account physical, verbal and non-verbal signals from the victim when determining whether or not a rape occurred. Anyone convicted of sexual activity that goes against the “discernable will” (erkennbaren Willen) of the victim faces up to five years in prison. The law also broadens the definition of sexual assault to include groping, which is punishable by up to two years in prison.

Moreover, the new law introduces Paragraph 184j, which will make it crime just to be in a group that carries out sexual assaults. The measure is aimed to deter attacks such as those which occurred in Cologne, although some lawmakers say this provision is unconstitutional because a person could be convicted of a crime that he or she did not personally commit. Finally, the reforms make it easier to deport migrants who are convicted of sex crimes in Germany.

The German Minister for Women, Manuela Schwesig, hailed the measure as a milestone:

“In the past there were cases where women were raped but the perpetrators could not be punished. The change in the law will help increase the number of victims who choose to press charges, reduce the number of criminal prosecutions that are shelved and ensure sexual assaults are properly punished.”

According to Minister of Justice Heiko Maas, only one in 10 rapes in Germany is reported and just 8% of rape trials result in convictions.

Even if the new law results in an increase in the number of rape convictions, it is unlikely to be a meaningful deterrent for the migrants who are sexually assaulting German women and children.

When it comes to immigration, political correctness often overrides the rule of law in Germany, where many migrants who commit sexual crimes are never brought to justice, and those who do stand trial receive lenient sentences from sympathetic judges.

On June 30, for example, a court in the northern German town of Ahrensburg found a 17-year-old migrant from Eritrea guilty of attempting to rape an 18-year-old woman in the stairwell of a parking garage at the train station in Bad Oldesloe. The woman was seriously injured in the attack, in which the migrant tried to subdue her by repeatedly biting her in the face and neck. After police arrived, the migrant resisted arrest and head-butted a police officer, who was also sent to the hospital.

Despite finding the Eritrean guilty of sexually assaulting the woman and physically assaulting the police officer, the court gave him a seven-month suspended sentence and ordered him to do 30 hours of community service. He has been released from custody and will not be deported.

In addition to judicial leniency, migrant criminals have benefited from German authorities, who have repeatedly been accused of underreporting the true scale of the migrant crime problem in the country, apparently to avoid fueling anti-immigration sentiments.

In January, the newspaper Die Welt reported that the suppression of data about migrant criminality is a “Germany-wide phenomenon.” According to Rainer Wendt, the head of the German police union (Deutschen Polizeigewerkschaft, DPolG), “Every police officer knows he has to meet a particular political expectation. It is better to keep quiet [about migrant crime] to avoid problems.”

Also in January, a document leaked to the newspaper Bild revealed that politicians in the northern city of Kiel had ordered local police to overlook many of the crimes perpetrated by migrants. According to Bild, police in North Rhine-Westphalia and Lower Saxony have also been instructed to be lenient to criminal migrants.

In February, Die Welt reported that authorities in the German state of Hesse were suppressing information about migrant-related crimes, ostensibly due to a “lack of public interest.”

In May, a chief superintendent from the Cologne police department revealed that an official at the interior ministry in North-Rhine Westphalia ordered him to remove the term “rape” from an internal police report about the assaults in Cologne.

On July 7, more than six months after the Cologne attacks (and the same day that the Bundestag approved the new “No Means No” rape law), a German court issued the first two convictions: The District Court of Cologne gave a 20-year-old Iraqi and a 26-year-old Algerian a one-year suspended sentence and then released the two men. 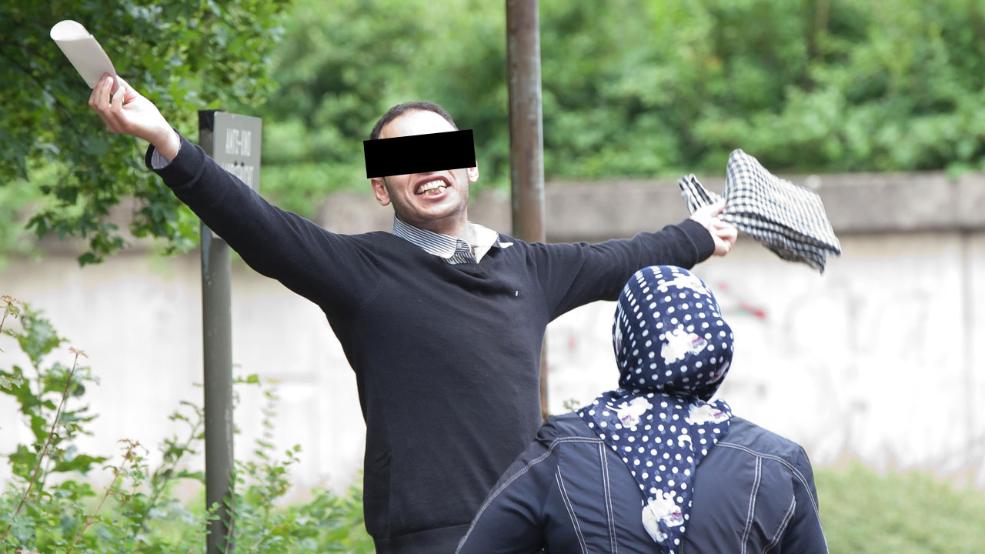 The court found the Iraqi, identified only as Hussain A., guilty of kissing one of the victims and licking her face. The Algerian, named as Hassan T. (photo), prevented the boyfriend of the other victim from intervening to stop the attack and offered him money to have sex with her: “Give the girls or you die,” he said. He was found guilty of being an accessory to sexual assault.

The Iraqi man, who was 20 at the time, was sentenced under juvenile law and was ordered to attend an integration course and do 80 hours of community service. The newspaper Bild published photographs of a jubilant Hassan T. smiling as he left the courtroom.

One observer said the light sentence was a mockery of justice and would serve as an invitation for criminal migrants to do as they please with German women.

Soeren Kern is a Senior Fellow at the New York-based Gatestone Institute. He is also Senior Fellow for European Politics at the Madrid-based Grupo de Estudios Estratégicos / Strategic Studies Group. Follow him on Facebook and on Twitter. His first book, Global Fire, will be out in 2016. 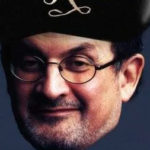