Once again, one was reminded of the cartoon crisis, when the Norwegian diplomatic corps saw it as urgent to beg the pardon of authoritarian governments for whatever is left in Norway of individual liberty.

UK: Jewish conservative’s door broken down, he is handcuffed and jailed on suspicion of “Islamophobia”

On Tuesday the 22nd October, at approximately 07:15, whilst I was getting my four year old child ready for school, there was a rather aggressive knock at my front door. I opened the door and found a whole bunch of police officers who wanted me to come out and ‘talk to them’.

Cardinal Robert Sarah, author of a new book, The Day Is Now Far Spent, about the crisis of the West, compares the current influx of migrants to the invasions of barbarians that brought down the Roman Empire. If Europe’s policies toward migrants do not change, Sarah warns, Europe will be “invaded by foreigners, just as Rome was invaded by barbarians.”

“There is a great possibility that thanks to today’s politics Germany will become Judenrein [free of Jews]. Wir schaffen das (We can do it).”

Caricatures were published depicting Zemmour in a Waffen SS uniform. Another journalist, Dominique Jamet, apparently not seeing any problem comparing a Jew to a Nazi, said that Zemmour reminded him of Hitler’s Minister of Propaganda, Joseph Goebbels. On the internet, death threats against Zemmour multiplied.

For long periods during the brutal Syrian conflict, Mr Erdogan’s regime supported a number of groups that enjoyed close affiliation with ISIS, as well as other Islamist terror groups such as Al-Qaeda.

Greece has once again become “ground zero” for Europe’s migration crisis. More than 40,000 migrants arrived in Greece during the first nine months of 2019, and more than half of those arrived during just the past three months, according to new data compiled by the International Organization for Migration (IOM). Erdoğan’s threats to resume mass migration are becoming a reality. 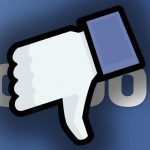 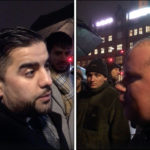 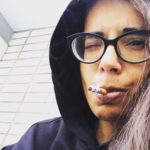