The Attempt to Overthrow America 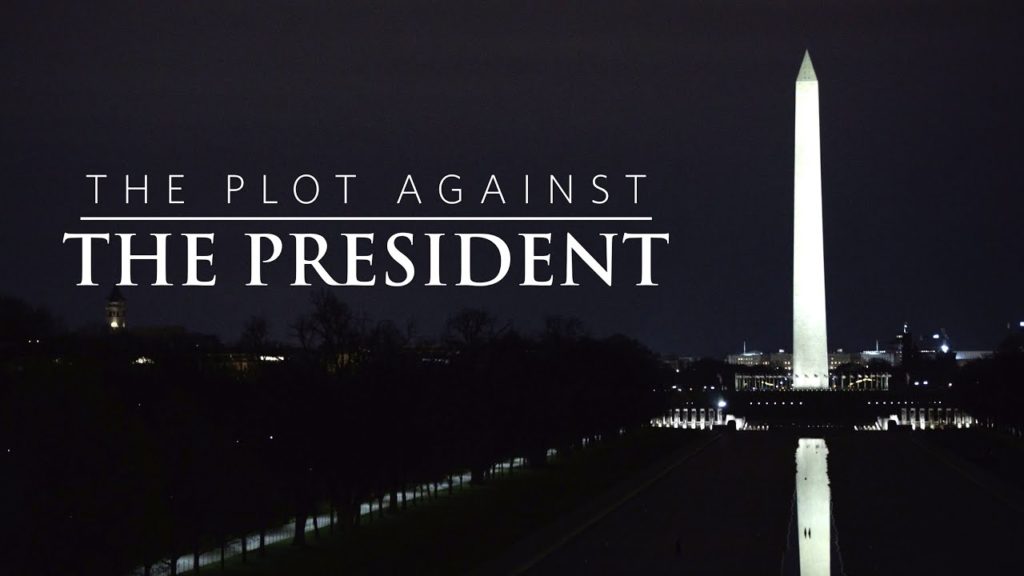 The wave of riots that has followed the death of George Floyd in Minneapolis on May 25 appears to have nothing to do with Floyd’s death and everything to do with groups seeking to overthrow America. Mayors of many cities and other local officials have deliberately protected criminals over law-abiding citizens and allowed the destruction to take place.

The death of George Floyd in Minneapolis on May 25, 2020 might appear, looking back, as a pretext for mayhem. His killing by a white police officer was immediately followed by a wave of riots during which neighborhoods in several major cities were devastated. Stores were looted, buildings were burned and people were murdered as mayors and other local public officials chose to let the rioters run wild, whip up racial conflict and protect the criminals rather than the citizens being brutalized. The riots quickly appeared to have nothing to do with Floyd’s death and everything to do with groups seeking to overthrow America.

In the past, members of the radical organization Antifa had committed acts of violence, but never before had been able to sow terror throughout major cities. This time, they could and they did.

In addition, the Marxist movement Black Lives Matter (BLM), which seemed to have disappeared since the election of President Donald J. Trump — who, incidentally, did more for the black and Hispanic minority communities in three years than anyone had done for decades — suddenly reappeared, well-funded and well-organized, at the heart of the riots. BLM received further support from the mayors of several major cities and gained even more popularity while attacking first the statues of former slave-owners, such as George Washington, and then those of the escaped slave and abolitionist Frederick Douglass. In Washington, DC and New York City, “Black Lives Matter” was painted on avenues in huge yellow letters – in New York by the mayor himself.

This may have been the first time in US history that a Marxist movement received corporate support: Amazon, Microsoft, Nabisco, Gatorade, Deckers and other large American firms donated hundreds of thousands of dollars to the Black Lives Matter Global Network Foundation, now a major beneficiary of US corporate largesse. Many colleges and universities also joined in backing the movement. The trustees of Princeton University decided to remove Woodrow Wilson’s name from the university’s school of public policy. They said that they had examined the “long and damaging history of racism in America” and that Wilson’s “racist thinking and policies make him an inappropriate namesake for a school or college”. Calls to “#CancelYale” surged across social media, alleging that Yale’s namesake, Elihu Yale, was a slave-owner and slave-trader, and that the university must change its name, as well. Yale University President, Peter Salovey, however, said that would not be done, explaining that Yale was “relatively unexceptional in his own time.”

Also for the first time, mayors of many cities and other local officials have deliberately protected criminals over law-abiding citizens and allowed the destruction to take place. Seattle’s Mayor Jenny Durkan abandoned an entire area of ​​the city, dubbed CHAZ (and later CHOP) to rioters and suggested that the police-free zone would create a “summer of love“, then did nothing while rapes, vandalism and murders took place. Portland’s Mayor Ted Wheeler has allowed for nearly three months an entire district fall prey to rioters. The city councils of New York and Los Angeles, America’s two largest cities, voted to cut the budgets of their police forces drastically. The Minneapolis City Council went even further and voted to disband the city’s police force altogether.

Speaker of the House Nancy Pelosi, in a seeming surrender to the mob, began referring to the pandemonium in Portland as the “immense power of peaceful protests” and compared federal law enforcement officers trying to defend a federal building against marauding arsonists to Nazi-era “stormtroopers.”

Former President Barack Obama, speaking at the funeral of a civil rights leader, Congressman John Lewis, compared President Trump to the segregationist governor of Alabama in the 1960s, George Wallace — who happened to be a Democrat. He spoke of “police officers kneeling on the necks of Black Americans,” distorting the facts. In Minneapolis, a single policeman had knelt on the neck of a single black American, once. The police officer is in jail, awaiting trial, and his abuse has been severely and universally condemned.

Already in 2017, former Speaker of the House Newt Gingrich had worried about the sporadic riots that were breaking out, for instance, when conservative speakers were invited to speak. The United States, he said , “is in the throes of a one-sided cultural civil war…. Surrender or fight – our country is at stake.”

The situation, in fact, had become “worrying” even before the results of the 2016 presidential election were known. As we now can read in the report by Department of Justice Inspector General Michael Horowitz, the senior levels of government during the Obama Administration were colluding to prevent President Trump from winning the election, and then, after it, to frame him in an attempted coup d’état.

On the day after the election, people took to the streets with signs saying, “Not my President”: President Trump’s legitimacy was immediately questioned. On the day of his inauguration, in the downtown area of Washington DC, violent riots and acts of vandalism took place.

During the weeks that followed, President Trump was accused, with no evidence, of “collusion with Russia”. The false charges lasted for more than two years and may well have hampered the management of the country. Former CIA Director John Brennan claimed that President Trump had “worked with Russians” and was “treasonous“. When the accusations turned out to be unfounded, the president’s accusers, in the hope of impeaching him, turned to a telephone conversation between President Trump and Ukrainian President Volodymyr Zelensky. President Trump was described as having “endangered the security of the country”. An impeachment procedure, conducted in violation of all of the rules, followed. When law professor Jonathan Turley pointed out that the procedure was violating the rules, he received death threats. Retired Harvard Professor Alan Dershowitz said that “For Congress to impeach President Trump for abuse of Congress would be an abuse of power by Congress”. Left-wing members of the House of Representatives went ahead impeaching the president anyway. They failed.

In the effort to overturn the lawful 2016 election — and to coerce witnesses to “flip” and testify falsely against President Trump — the lives of others were ruined as well.

Evidence now clearly shows that General Michael Flynn, an outstanding four-star general and war hero, was the victim of an entrapment plot that forced him to resign, ruined him financially, and came close to destroying his life. He is now in the throes of an attempt to entrap him again by a politicized judge, Emmett Sullivan, and a politicized judiciary. Although the prosecutor, the Department of Justice, dropped the case after it was disclosed that vast amounts of exculpatory evidence had been withheld — Judge Sullivan decided, illegally and in the finest tradition of the former Soviet Union, that he would be both the judge and the prosecutor, and continue to try the case that he was supposed to be impartially judging. The trial is still ongoing. Carter Page, George Papadopoulos, Roger Stone and Jerome Corsi were among other innocent citizens who also had their lives upended.

“I thought things were partisan and tough 30 years ago — nothing compared to today. Things have fundamentally changed… [the left] represents a revolutionary Rousseauian party that believes in tearing down the system… They’re interested in complete political victory. They’re not interested in compromise. They’re not interested in dialectic, exchange of views… It’s a substitute religion. They view their political opponents… as evil because we stand in the way of their progressive utopia that they’re trying to reach…”

As Barr said recently when testifying at House of Representatives committee: “Since when is it okay to burn down a federal court?”

Thirty years ago, many things were indeed different. Destructive forces, however, were at work. A few authors attempted to sound an alarm, without success.

In a book published in 1992, The Devaluing of America: The Fight for Our Culture and Our Children, former Secretary of Education William J. Bennett quoted prominent Democrat historian Arthur M. Schlesinger Jr.:

“The bonds of national cohesion in the republic are sufficiently fragile already. Public education should aim to strengthen those bonds not to weaken them… The alternative to integration is disintegration”.

The same year, policy analyst Martin Anderson published Impostors in the Temple: American Intellectuals Are Destroying Our Universities and Cheating Our Students of Their Future. “They pretend to teach”, he wrote, “they pretend to do original, important work. They do neither. They are impostors in the temple. And from these impostors most of the educational ills of America flow.”

The same year again, the esteemed economist and social commentator, Thomas Sowell, who happens to be black, wrote in his book, Inside American Education: “Whether blatant or subtle, brainwashing has become a major, time-consuming activity in American education at all levels”.

There is arguably more at work than brainwashing. There is also the long march of the radicals through American institutions described by Roger Kimball in his book The Long March: How the Cultural Revolution of the 1960s Changed America. Now, as those students have graduated, they are now part of the government and large corporations, subverting Western culture from within.

American author David Horowitz, described what has been happening since November 8, 2016 as “sabotage”, and wrote recently:

“On the Rotunda of the Jefferson Memorial in Washington is inscribed these words: ‘I have sworn upon the altar of God eternal hostility against every form of tyranny over the mind of man.’ This statement by Thomas Jefferson is the heart of the democracy in whose founding he played so central a role. It is why the First Amendment of the Bill of Rights is the First Amendment and not the Second, or Fourth, or Fifth.

“Today our nation is facing the most serious threat to establish such a tyranny in our entire history.”