Bernie Sanders under valgkamp, 1972: “I don’t mind people coming up and calling me a communist.” 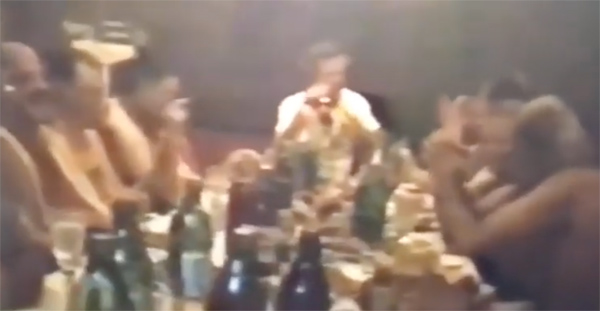 “President Trump’s recent jab at Bernie Sanders, calling him ‘a communist,’ was meant as an insult. But the 2020 Democratic front-runner and Vermont senator might not have taken it that way.

In 1972, Sanders, then a gubernatorial protest candidate for the socialist Liberty Union Party, visited an alternative high school in Rutland, Vermont, to give his campaign pitch. During a question-and-answer session, Sanders, then 31, brushed off accusations of being a left-wing radical.

‘I don’t mind people coming up and calling me a communist,’ Sanders said. ‘At least, they’re still alive.’ …

Although Sanders has refrained from self-identifying as a communist, his ties with far-left Marxist groups go back decades.

The Washington Examiner reported last May on his ties with far-left political parties such as the Socialist Workers Party. During his time as mayor of Burlington, Vermont, he littered his office with newspapers and pamphlets from revolutionary organizations.

Sanders was later investigated by the FBI concerning his ties to the SWP, although charges were never brought.”

“From the Soviet Union, to China, to Cuba, to Nicaragua, to Venezuela, Bernie Sanders has never met a communist regime he didn’t praise, regimes that killed millions of people in the 20th century.” (Greg Price, 12. februar 2020)