Trump and the Fading Ghost of an Illusion 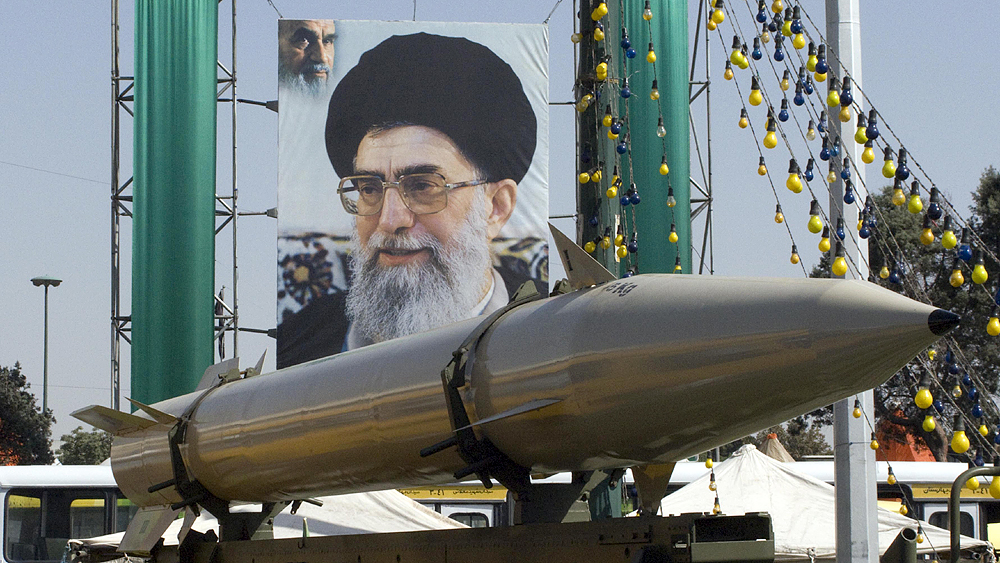 The common answer of the commentariat is a resounding yes. Long before Trump promised to tear-up the deal, Bolton was on record denouncing it as an ugly example of appeasement.

Thus, next May, when the “deal” comes up for its periodical renewal, President Trump’s idea of “tearing up a bad deal” is likely to have broader support in his administration. And that seems to be exactly what Tehran is expecting.

In fact, just days after Bolton’s appointment, the spokesman for Iran’s Atomic Energy Agency, Behruz Kamalvand, broke a year of silence to boast about ambitious new plans for speeding up and expanding the Islamic Republic’s nuclear project.

The buzz in Tehran is that the ruling establishment expects Trump to refuse to sign another waiver linked to the “deal” and, perhaps order a tightening of the existing sanctions. However, Tehran seems determined to continue its formal commitment to the “deal” as part of a strategy to drive a wedge between the Europeans and a Trump administration already unpopular in the old continent.

Tehran’s calculation is that the mid-term elections in the US may deprive Trump of crucial Congressional support and pave the way for his defeat in the following presidential election. Thus the wisest course is to keep everyone focused on the nuclear issue that the Europeans, and part of the political establishment in the US, believe they have solved thanks to the “deal,” while the International Atomic Energy Agency (IAEA) continues its 20-year long equivocation on the issue.

Only Iran really knows its own intentions on that score.

Iran is right in saying that it is not producing nuclear weapons. What Iran is doing is to set up all the technical, industrial and material means needed to produce such weapons, if and when it decides to do so.

While not producing nuclear weapons now, Iran has a program designed to make such weapons within months. It is like a chef who brings in all that is needed for making a soup but does not actually start the cooking until he knows when the guests will be coming.

In the past three decades Iran has trained and deployed the scientists and technicians needed, built the research centers required, and set up structures for a complete nuclear cycle, from raw materials to the finished product.

Part of the Iranian national defense doctrine is based on the capacity to produce and deploy nuclear weapons within a brief time span.

Before the 1979 Islamic revolution, Iran regarded its northern neighbor, the nuclear “super-power” Soviet Union, as the sole serious threat to its national security. The assumption was that in case of a Soviet invasion, Iran should be in a position to use tactical nuclear weapons while waiting for the great American ally to ride to the rescue.

After the mullahs seized power, Iran’s national defense doctrine was based on the assumption that it will, one day, fight a war with the United States plus its Arab allies and/or Israel.

The central assumption of Iranian strategists is that the US cannot sustain a long war. It is, therefore, necessary to pin down its forces and raise the kill-die ratio to levels unacceptable by the American public.

In the meantime, Iran would put its nuclear-weapons program in high gear, and brandish the threat of nuclear war as a means of forcing the US to accept a ceasefire and withdraw from whatever chunk of Iranian territory they may have seized.

“In a nuclear duel in the region, Israel may kill 100 million Muslims,” Rafsanjani said in a speech in Tehran in October 2000. “Muslims can sustain such casualties, knowing that, in exchange, there would be no Israel on the map.” Iran’s top military commanders also speak about a military clash with the United States as the only serious threat to the Khomeinist regime in Tehran.

They believe they have three trump cards to play.

The first is that Iran has a demographic reserve of some 20 million people of “fighting age” and is thus capable of sustaining levels of casualties unthinkable for Americans. The second is that Iran is already the missile superpower of the Middle East and could target all of Washington’s allies in the region.

Iran’s third trump card is its nuclear program. Without it, the other two cards will not have the desired effect, especially if the US unleashes its new generation of low-grade nuclear weapons designed for battlefield use.

The real issue, as far as US and its allies are concerned, is that the regime in Iran has been, is and most likely will remain, a threat with or without nuclear weapons.

Iran did not seize the US diplomats as hostages with nuclear weapons; nor did it massacre 241 US Marines in Beirut with an atomic bomb. The mischief that Iran is making in Syria, Lebanon, Afghanistan, Iraq, Yemen and Bahrain is not backed by nuclear power either.

So the real question is: How to deal with a maverick power that has built its strategy on fomenting discord and instability not only in the Middle East but anywhere else it gets a chance?

Washington hawks, among them Bolton perhaps, believe that the only realistic policy towards Iran is one of regime change before the Khomeinists build their nuclear arsenal. They believe that could be achieved with a mixture of military and diplomatic pressure, combined with moral and material support for a pro-democracy movement in Iran.

The Europeans, however, fear that any attempt even at soft regime-change may push the Khomeinists on the offensive in Afghanistan, the Persian Gulf, Iraq, the Caucasus, Lebanon, and the Palestinian territories.

Could a realistic policy be developed through a sober assessment of both positions? If yes, that would requires far more sophistication than the “to waiver or not to waiver” debate over what is; in fact; the fading ghost of an accord wrought from dangerous illusions.

Amir Taheri, formerly editor of Iran’s premier newspaper, Kayhan, before the Iranian revolution of 1979, is a prominent author based on Europe. He is the Chairman of Gatestone Europe.

This article first appeared in Asharq Al Awsat and is reprinted here with the kind permission of the author.

Trump and the Fading Ghost of an Illusion
by Amir Taheri
April 1, 2018 at 4:00 am
https://www.gatestoneinstitute.org/12112/trump-iran-deal-bolton