The Course of Empire: The Arcadian or Pastoral State (1834) 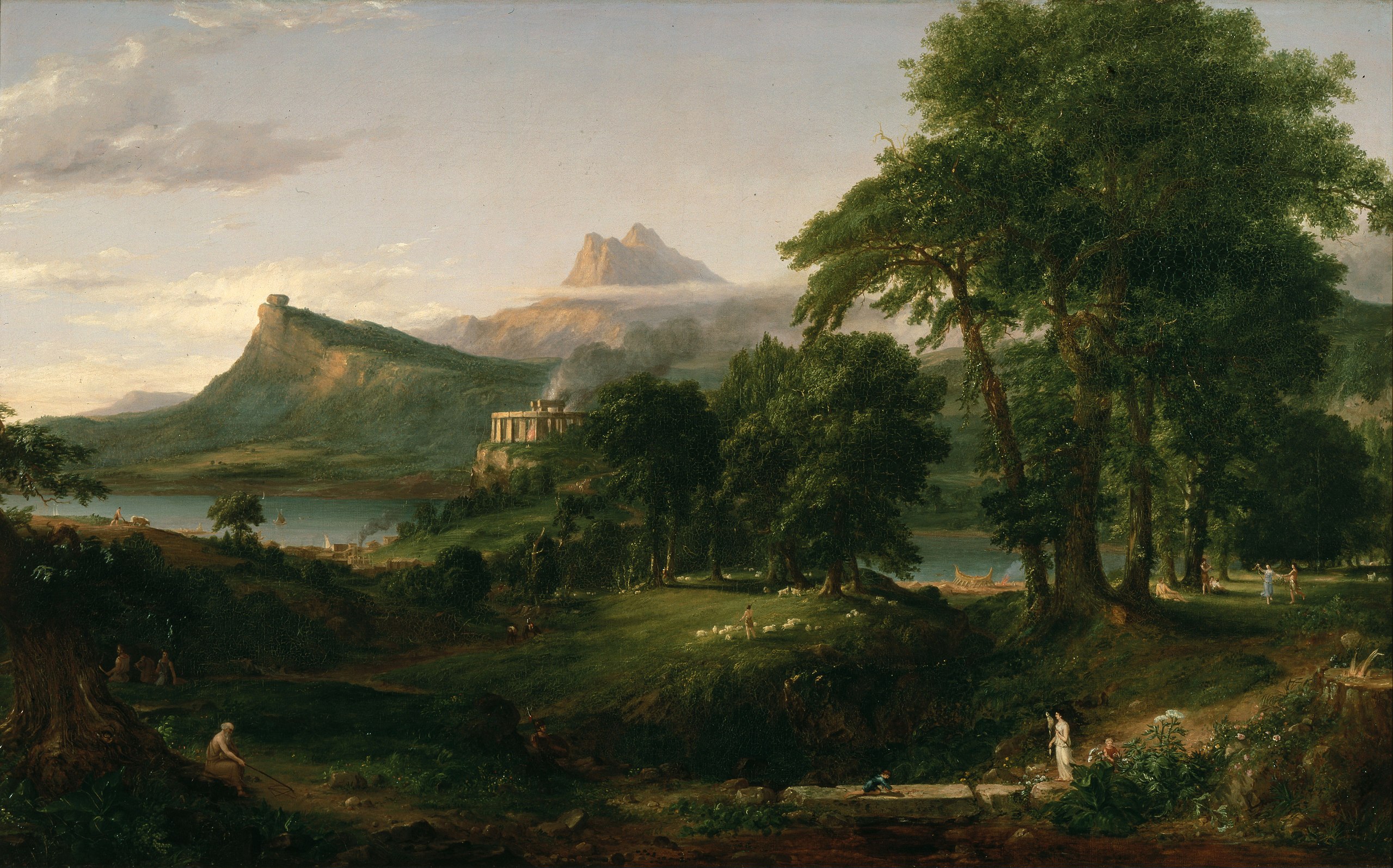 No. 2. — The Simple or Arcadian State, represents the scene after ages have passed. The gradual advancement of society has wrought a change in its aspect. The ‘untracked and rude’ has been tamed and softened. Shepherds are tending their flocks; the ploughman, with his oxen, is upturning the soil, and Commerce begins to stretch her wings. A village is growing by the shore, and on the summit of a hill a rude temple has been erected, from which the smoke of sacrifice is now ascending. In the fore-ground, on the left, is seated an old man, who, by describing lines in the sand, seems to have made some geometrical discovery. On the right of the picture, is a female with a distaff, about to cross a rude stone bridge. On the stone is a boy, who appears, to be making a drawing of a man with a sword, and ascending the road, a soldier is partly seen. Under the trees, beyond the female figure, may be seen a group of peasants; some are dancing, while one plays on a pipe. In this picture, we have agriculture, commerce, and religion. In the old man who describes the mathematical figure — in the rude attempt of the boy in drawing — in the female figure with the distaff—in the vessel on the stocks, and in the primitive temple on the hill, it is evident that the useful arts, the fine arts, and the sciences, have made considerable progress. The scene is supposed to be viewed a few hours after sunrise, and in the early Summer.