Why Arabs Are Annoyed With the Europeans 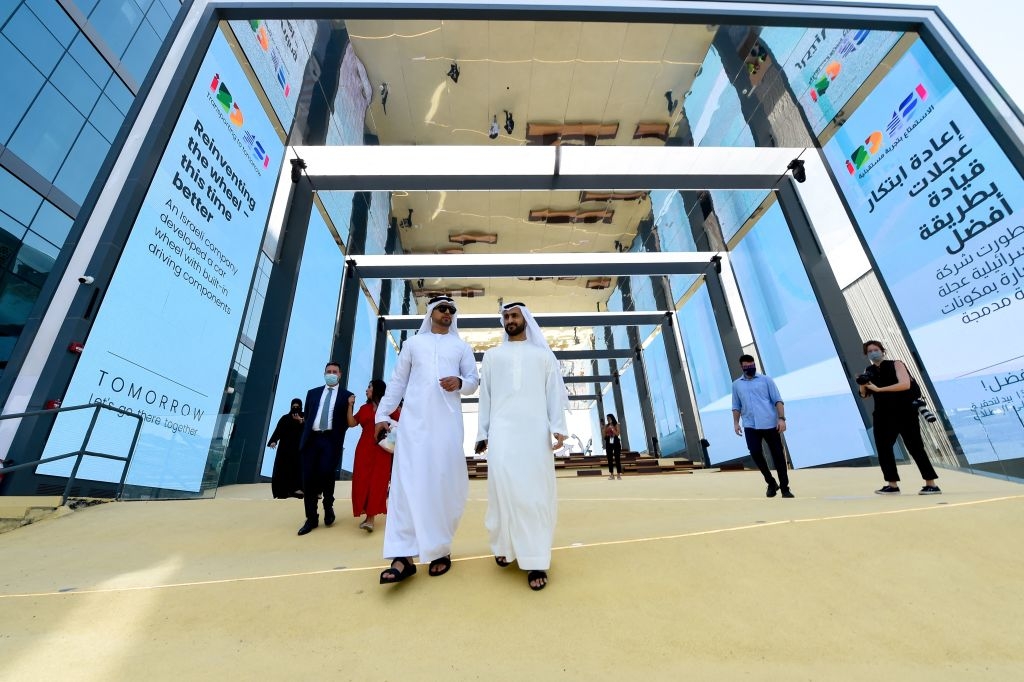 Visitors are pictured in the Israel pavilion during a media tour ahead of the opening of the Dubai Expo 2020 in the Gulf Emirate on September 27, 2021. – The six-month world fair, featuring exhibitions by 192 countries, is expected to attract more than 20 million international visitors when it opens on October 1 after a year’s Covid delay. (Photo by – / AFP) (Photo by -/AFP via Getty Images)

The European Parliament has enraged many Arabs by calling for a boycott of Expo 2020 Dubai, taking place in the United Arab Emirates (UAE) between October 2021 and March 2022. The timing of the resolution is problematic. It implies that the European Parliament is seeking to punish the UAE for signing a peace treaty with Israel. Pictured: The Israel pavilion at Dubai Expo 2020, on September 27, 2021. (Photo by AFP via Getty Images)

The European Parliament, one of three legislative branches of the European Union, has enraged many Arabs by calling for a boycott of Expo 2020 Dubai, taking place in the United Arab Emirates (UAE) between October 2021 and March 2022.

The theme of this year’s Expo 2020 Dubai, one of the world’s biggest events, is “Connecting Minds, Creating the Future.” The sub-themes are “Sustainability, Opportunity and Mobility” with a focus on industries, financial capital, governance, employment, education, and technology.

The European Parliament resolution calling on the EU member states not to participate in the Dubai event, and for international companies to withdraw their sponsorship, is based on the Gulf state’s alleged human rights violations.

The timing of the resolution is problematic and implies that the European Parliament is seeking to punish the UAE for signing a peace treaty with Israel. The resolution coincided with the first anniversary of the signing of the Abraham Accords, the term used to refer to peace agreements between Israel and the UAE and Bahrain.

Israel is participating in Expo 2020 Dubai and visitors to the Israeli pavilion “will be invited to take an emotional ‘Journey for Tomorrow’ combining Israel’s past, present and future that aims to forge significant relationships, create new opportunities and build a better and brighter future for all.”

Shortly after the European Parliament issued its resolution against the UAE, the Palestinian terrorist group Hamas, which calls for the elimination of Israel, condemned the Abraham Accords, dubbing them “a Zionist-American project aiming at promoting regional normalization with the Zionist entity and integrating it into the region.”

Like the European Parliament, Hamas has in the past called for boycotting Expo 2020 Dubai event on the pretext that such activities promote normalization between Israel and the Arab countries. More recently, Hamas and Palestinian Islamic Jihad, the second-largest terrorist group in the Gaza Strip, condemned the UAE for opening an embassy in Israel.

The European Parliament resolution targeting the UAE is a valuable gift from the Europeans to Hamas, Palestinian Islamic Jihad and all those who oppose the Abraham Accords and any peace agreement between Israel and the Arabs.

By singling out the UAE, the European Parliament has chosen to side with the enemies of peace, cooperation and normalization between Israelis and Arabs.

Worse, the European Parliament saw no reason to call out Hamas and Palestinian Islamic Jihad for their daily human rights violations against Palestinians in the Gaza Strip.

The European Parliament did not call for boycotting Hamas, Palestinian Islamic Jihad or even the Palestinian Authority (PA), headed by PA President Mahmoud Abbas, for their terrible human rights record, including restrictions and assaults on freedom of speech and the media.

The enemies of peace are not only opposed to peace and cooperation between Israel and the Arabs. They are opposed to the existence of Israel. They do not want to see Israel in the Middle East. Most of them want to replace Israel with an Islamist state. Additionally, they do not want to see any Arab, especially those living in the Gulf, make peace with Israel or host Israelis in their countries.

The European Parliament, by calling for boycotting the Dubai event, has emboldened extremist Arabs and Muslims. It has also emboldened the anti-Israel Boycott, Divestment and Sanctions movement, which followed suit and joined the call for boycotting the Dubai event and “escalating worldwide pressure on the UAE dictatorship to end its support for Israel’s apartheid regime.”

There is no doubt that the anti-Israel movement was inspired and encouraged by the European Parliament’s resolution when it employed this scathing anti-Israel rhetoric in its call for boycotting the event.

The movement apparently sees the resolution as part of a European effort to intimidate and deter Arabs from even thinking of making peace with Israel — all under the excuse of caring for “human rights violations” in the Arab world.

Many Arabs, especially those living in the Gulf, have reacted with fury to the European Parliament resolution, highlighting the hypocrisy of the Europeans on human rights issues.

“The decision of the European Parliament ignored all the important achievements of the UAE in the field of human rights, due to the clear politicization of the work of a European legislative institution… The Europeans need to take a look to see human rights violations in their own countries, including prisons they built to house refugees, and the large number of homeless people on the streets, for whom rich Europe was unable to secure a decent living.”

Al-Saeed pointed out that the European Parliament should have mentioned the efforts of the UAE government and people to help Afghan refugees “at a time when the Europeans, and their American ally, turned their backs on Afghanistan and abandoned the Afghani people.”

Calling out the hypocrisy of the Europeans, Al-Saeed said that the European Parliament lacks fairness in its approach to a large number of Middle Eastern issues, such as its silence on the terrorist crimes of which the [Iranian-backed] Houthi militia in Yemen.

“The European Parliament decision will only harm the image of those who approved and adopted it because it reveals the ignorance of those who prepared it about the policies and positions of the UAE… These lies and slanders will not affect the image of the UAE. The resolution is based on unfounded and unreliable allegations driven by special political agendas, especially since it was issued while the whole world is waiting for the [Dubai] event, and as the UAE is working hard to hold it in an honorable manner.”

Al-Haddabi added that the European resolution is:

“not only biased and based on illusions, but completely ignores all the important achievements of the UAE in the field of human rights, both in terms of caring for residents and spreading the values ​​of tolerance and coexistence that made people from more than 200 nationalities live in the UAE in peace and coexistence, unlike anywhere else in the world, including European countries where many suffer from discrimination and racism.”

She pointed out that the UAE has passed a strict law prohibiting discrimination and hatred as part of a legal system that supports tolerance and coexistence, as well as the adoption of policies and laws to protect the rights of children, women, the elderly, and even prisoners.

Mona Ali Al Motawa, a prominent writer from Bahrain, denounced the European Parliament for its “worrying and suspicious” call for boycotting the Dubai event.

The decision, she said, “raises a question mark about the real reasons that led to this hostility practiced by the European Parliament towards a country that has achieved a lot on human rights issues.”

“This resolution leads one to ask about the surprisingly hostile background emanating from a parliament whose movement is supposed to be towards supporting human rights issues and international principles of peace, coexistence and tolerance. The European Parliament is supposed to support these issues, not the exact opposite.”

Al-Motawa said that there are attempts led by parties within the European Parliament to thwart the Dubai event, “which is considered the most important global event and a platform for developing a sustainable future vision, in which dozens of countries, companies and international organizations participate.”

“Targeting this global event does not mean targeting the UAE as a country only, but also targeting aspects of development, the international economy, and the interests of major international companies and organizations. If the European Parliament had any credibility, it would have issued a statement on the issue of foreign workers or the issue of human rights violations in Iranian prisons.”

Saudi columnist Dr. Ali Al-Kheshaiban wrote that the European Parliament chose strange timing for its decision regarding what it called the human rights situation in the UAE with the launch of the largest global event in Dubai. “Does the expected success of this event have something to do with issuing such crude decisions that go against logic and reality?” Al-Kheshaiban asked.

The success of the UAE in organizing the event, he added, is a foregone conclusion, and the UAE does not need “a certificate [of honor] from malicious entities and will not be affected by desperate attempts to disrupt its achievements. The best evidence of this is the huge number of people from 200 nationalities, including Europeans and Americans, who were received by the UAE and have never complained about anything that the European Parliament falsely charges.”

In addition to Bahrain, the Arab Parliament, the legislative body of the Arab League, also expressed its total rejection of the European decision and stressed that it included incorrect information and fallacies that are not based on facts or objective evidence.

“This decision is an extension of the non-objective and non-neutral approach by which the European Parliament deals with the human rights situation in the Arab world,” the Arab Parliament said in a statement in which it also voiced full support for the UAE.

“The unacceptable language included in the European Parliament’s resolution represents an unacceptable interference in the internal affairs of the UAE, and there is nothing in the dictionary of international parliamentary work that authorizes a regional parliamentary organization to assess the human rights situation in countries outside its regional scope.”

Some very vocal Arabs, in short, are loudly telling the Europeans to mind their own business. The Arabs are also telling the Europeans that if they have to meddle in the internal affairs of the Arab countries, they should at least support those states, such as the UAE, that have made real strides in human rights, rather than supporting and emboldening terrorists through calls for the boycott of global cooperation events.

Khaled Abu Toameh is an award-winning journalist based in Jerusalem. 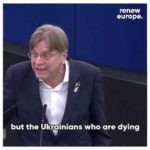 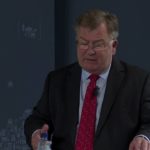 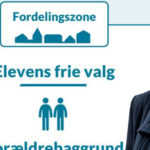