Clark has been a repeat guest on Carlson’s show and Fox News reporters uncovered ’shocking statements that Clark made in public while at Harvard.’

According to Carlson, in 1994, Clark wrote a letter to the Harvard Crimson in her capacity as the president of the Black Studies Association, Clark wanted to explain her views on race science and asked that students ‘Please use the following theories and observations to assist you in your search for truth regarding the genetic differences between blacks and whites.’ …

Clark went on to list the theories and observations. ‘One, Dr. Richard King reveals that the core of the human brain is the ‘locus coeruleus,’ which is a structure that is black because it contains large amounts of neuro melanin, which is essential for its operation to black infant.’

Clark added, ‘Some scientists have revealed that most whites are unable to produce melaninbecause their pineal glands are often calcified or non-functioning. Pineal calcification rates with Africans are five to 15 percent, Asians, 15 to 25 percent and European, 60 to 80 percent. This is the chemical basis for the cultural differences between blacks and whites.‘

Clark’s request concluded with, ‘Melanin endows blacks with greater mental, physical, and spiritual abilities, something which cannot be measured based on Euro centric standards’

Carlson added, ‘No, that’s not an editorial from The Final Call, Louis Farrakhan’s free newspaper. That is a direct quote from the person Joe Biden is about to put in charge of this country’s civil rights laws. Even at Harvard, crackpot theories, like that were considered deranged and dangerous after an outcry on campus.’”

“Speaking of madness, in a sane country, someone like Kristen Clarke would be under investigation by the Civil Rights Division, not running it. We will see if Clarke’s nomination gets to the U.S. Senate. If it does, we’re in serious trouble.” (Tucker Carlson, 13. januar 2021) 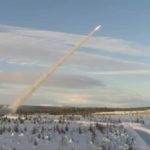