Chinese military expert Wang Yunfei is urging Beijing to prepare immediately for an attack by U.S. forces in the South China Sea. Wang singled out the Scarborough Shoal in the Paracel Island Chain as the most likely initial piece of real estate that the U.S. might seek to seize. Pictured: An aerial view of part of the disputed Paracel Islands chain in the South China Sea, which China claims are part of its Hainan Province. (Photo by AFP via Getty Images)

If this analysis gains traction by Chinese political and military leaders, U.S. military commanders in the South China Sea should plan for the possibility that China might initiate hostilities in keeping with its doctrine of preemptive retaliation, a seeming attempt falsely to claim “self-defense.”

One writer suggests that the PLA should immediately move fighter aircraft to Chinese air bases in the Spratly Islands at Fiery Cross, Subi Reef, and Mischief Reef. He also boldly claims that the augmented presence of U.S. naval and air assets in the South China Sea is no longer just a show of force by America.

Chen Hu, a Chinese military journalist, also asserts that the U.S. is now intent on provoking a conflict and is preparing for battle. Chen claims that the return of B1 bombers to Guam and continued deployment of two U.S. aircraft carrier groups in the South China Sea, despite the conclusion of military exercises, is supposedly a sign of Washington’s aggressive intent. Chen suggests that recent U.S. “Freedom of Navigation” maneuvers and the high number of U.S. surveillance collection missions along the Chinese coast is additional proof of American attack planning. Former PLA officer Wang Yunfei and naval equipment expert suggests that flights by American RC-135, E-8c, and RC-12X surveillance aircraft equate to “pre-battle strategic technical surveillance.” As the joke goes from the children’s playground: “It all started when he hit me back.”

Wang further warns that U.S. President Donald J. Trump is likely to initiate a military conflict in the South China Sea region before the November 3 U.S. presidential election, speculating that “stirring up external frictions, especially military conflicts with China, will help the incumbent president for his re-election campaign.”

The leaders of China’s Communist Party (CCP) also see that nothing was done by anyone, including the U.S., to stop China’s grab of Hong Kong this year — 37 years early. This paralysis of the West must have looked to the CCP like a green light to keep on grabbing.

Wang even lays out his analysis on particular avenues of approach by which U.S. bombers might attack their Chinese targets. Wang, now a Chinese naval specialist, writes that the U.S. will probably ship-launch Tomahawk Cruise against Chinese bases in the South China Sea. He further specifies that the PLA should deploy China’s own aircraft carriers in the south central region of the sea, as the best strategy to counter any U.S. assault. He adds that China must also deploy fighter jets and air defense missiles on various Chinese reefs.

Chinese writer Zheng Hao, who assesses that it is possible that U.S.-Chinese tensions in the South China Sea could escalate into a “hot war,” cites U.S. Secretary of State Mike Pompeo’s July 13 statement that the South China Sea is “not China’s maritime empire” as indicative of the Trump Administration’s hostile intent. Zheng appears to be especially concerned about the July 7 U.S.-Japan naval exercise, which included an operation by the U.S. aircraft carrier Ronald Reaganand two warships of the Japanese Maritime Defense Forces. Zheng laments that the 2018 draft of the Code of Conduct in the South China Sea has not yet been signed by the Association of South East Asian Nations (ASEAN) and China.

One hope to avoid or at least postpone an imminent clash in the South China Sea is for China and the U.S. to activate the crisis prevention apparatus established in November 2014. This diplomatic device includes a Memorandum of Understanding on notification of military activities and rules of behavior designed to keep air and naval encounters peaceful. So far, there is no public acknowledgement that either China or the U.S. is employing the crisis prevention mechanism. One recent sign of efforts by both sides to avoid a military incident was the Pentagon’s August 7 announcement that U.S. Secretary of Defense Mark Esper and his Chinese counterpart, Minister of Defense Wei Fenghe, held a 90-minute teleconference last week.

China, however, has been the party with the hostile intent, not only with Hong Kong, but also with an attack on northern India, an extensive military base build-up in the South China Sea, an attempted appropriation of the Japan-administered Senkaku Islands and a “fishing fleet” of 250 vessels showing up near the Galapagos Islands, off Ecuador. Another recent move from Beijing was to conduct live-fire targeting drills in the South China Sea from July 25 through August 2. The announcement of this exercise was promulgated by the PLA and not, as is usual, by the Chinese government’s maritime administration. If China continues its aggressive posture toward the U.S.-allied free states of Asia, especially Taiwan, a direct confrontation between the Chinese and U.S. militaries in the South China may indeed be necessary.

Dr. Lawrence A. Franklin was the Iran Desk Officer for Secretary of Defense Rumsfeld. He also served on active duty with the U.S. Army and as a Colonel in the Air Force Reserve. 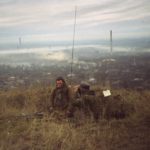 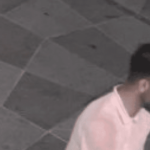 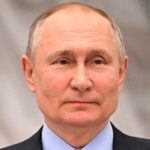 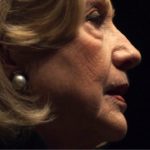 China and the US: Whose Side Is the Administration On?
29. juli 2022
The Militarization of Xi Jinping's China
25. februar 2019
China's Real Disease: Not Coronavirus
18. marts 2020
Americans are Dying for China in Afghanistan
10. maj 2018
Cut Off the Blood Supply to China's Communist Party: End Trade
29. juni 2021
EU-China Relations: "Downward Spiral"
30. april 2022
Barr: På tide med et oppgør med Kina
17. juli 2020
Is Biden's Legacy Really Going to Be the Dismantling of Democracies and the Free World?
2. januar 2021
China Is Creating a New Master Race
10. februar 2021
China’s Military Weapon COVID-19 Was Constructed Completely Under the Command and Control of the Chinese Military
24. maj 2021