Prison in France: Terrorism and Islamism

French prison guards are on strike. In a period of less than 10 days, a number of guards in various prisons were attacked and wounded, mainly by Islamists incarcerated for terrorist offenses or petty criminals apparently on their way to becoming radical Islamists. In reaction, the guards have blocked the normal functioning of the majority of prisons. 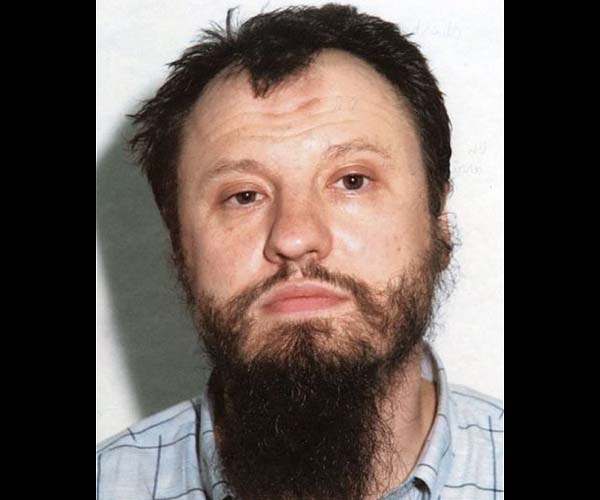 The wave of attacks began on January 11, 2018. Three guards of Vendin-le-Vieil’s prison, in the north of France, were lightly wounded in a knife attackcommitted by the Christian Ganzarski (pix), a German convert to Islam who joined Al Qaeda and masterminded the bombing of a synagogue in Djerba, Tunisia, in 2002.

On January 15, 2018, seven guards were attacked and injured by a “radicalized” inmate at Mont-de-Marsan prison, in the south of France.

On January 16, a guard at Grenoble-Varces prison almost lost an eye in an attack. Before entering a cell, he looked through the eye-hole in the door, when suddenly an inmate tried to put out his eye by jabbing a pencil through the eye-hole. Luckily, the guard was not injured.

On the same day, a 28-year-old inmate at the Tarascon prison punched a female supervisor in the face. Imprisoned for robbery, this detainee was suspected of being an Islamist undergoing radicalization.

On January 17, a guard at Grenoble-Varces prison was assaulted by an inmate who wanted to go to the prison infirmary without a doctor’s appointment. Press reports did not mention if he were an Islamist or not.

On January 19, two guards were attacked by four Islamist inmates at the Borgo jail in Corsica, a French island in the Mediterranean Sea. The guards were taken to hospital in serious condition. According to the prosecutor, “It is not possible to say that it is an Islamist terrorist attack.”

On January 21, two guards — a man and a woman — at Longuenesse Penitentiary in northern France, were severely beaten by an inmate armed with an iron bar. They were later hospitalized.

On January 21, a total of 123 inmates of Fleury-Mérogis prison, in a suburb of Paris, refused to return to their cells at the end of exercise period. Intervention teams were called in to prevent a riot.

On January 22, guards at Craquelin Penitentiary in Chateauroux (central France), disarmed an inmate shouting “Allahu Akbar” (“Allah is the Greatest”) while threatening others with a knife. Before the guards managed to secure him, he managed to throw a chair at the security officers, slightly wounding one of them.

Like its police and the firefighters, France’s prison guards say they live in a permanent climate of violence and fear. And their exasperation is growing. ‘Bernard,’ a prison guard who requested anonymity, says:

“Before, every morning, I was afraid to discover a guy hanging in his cell. You know what I’m dreading today? To be slaughtered, stripped, stabbed in the back. In the name of Islam and ISIS. Every day, while I am on my way to work, this fear gnaws at my belly”

“What the guards are communicating is their feeling of abandonment,” writes Le Monde.

Punches in the face, sprains, dislocations: Anthony, a supervisor at the Baumettes prison in Marseille, claims to have suffered four physical attacks in the last three years. Each time, he filed complaints, but all of them, were classified by the prosecutor. “We are asking for manpower, that is true,” he said, “but also for judges to do their jobs because physical violence is becoming more and more common.”

Terrorism and Islamism have changed the story of prison. According to Joaquim Pueyo, former director of Fleury-Mérogis prison, today a Member of Parliament, the situation is very simple:

“In the old days, aggressive behavior was linked to the difficulties of everyday life. Now, hatred and violence are unleashed [by Islamists] against [our] authority, our society and its values. [It is] not a surprise that guards, who are confronted with inmates’ radicalization, become targets”.

According official statistics of the Ministry of Justice, on December 1, 2017, slightly fewer than 80,000 people were in jail and prison in France. How many Muslim inmates are there in France? It is difficult to know, because the law prohibits any data based on race, religion or origin. In 2015, an official report from a Member of Senate, Jean-René Lecerf, quoted a study saying that in four of the biggest French prisons, more than 50% of prisoners are Muslims. According the Ministry of Justice, 500 Muslims are currently in prison for terrorism and another 1,200 are common criminals that are being tracked as radical Islamists.

The prison guards’ strike reveals much about the consequences of inadequate policies that have been pursued so far in criminal and prison matters. Guards are no longer willing to tolerate the violence and risk of death at the hands of Islamists and other radicals who threaten their lives in prisons.

Instead of considering that Islamism has apparently fundamentally changed the issue of criminal policy, the Ministry of Justice appears to continue thinking that the major problems are prison overcrowding and poor prison conditions.

Of course, problems of overcrowding and poor prison conditions are important. But administrative inertia, combined with the permanent political denial that Islamists are at war with France, make the politicians and civil servants blind to the disruptive character of Islamism in prison.

Instead of rethinking all prison policies from the position of Islamist risk — the risk of guards being murdered, and the risk of Muslim inmates, who are the majority of 70,000 prisoners, being transformed into authentic jihadists — the government tries to buy peace from the guards with a few salary increases and “experiments” to make Islamists “reintegrate” into a “normal life” in “normal society”.

Instead of understanding that the famous deradicalization centers — often converted medieval castles — have not been useful because deradicalization did not take place, France’s policymakers persist in thinking that the solution to the Islamist war is appeasement. Their new experiments all go in the same direction: pursuing the fantasy that “if we are nice with jihadists, they will be nice to us.”

The situation is deadlocked because of a refusal to formulate the problem on factual basis. As long as policymakers do not consider Islamism as the number one problem — the problem for which prison policy overall must be rethought — France’s prison guards will continue to pay with their suffering, and one day with their lives.

After the prison guards, it will be us. By the end 2020, 60% of convicted jihadists will be released — that is, in less than three years.

Yves Mamou, author and journalist, based in France, worked for two decades as a journalist for Le Monde. He is completing a book, “Collaborators and Useful Idiots of Islamism in France,” to be published in 2018.

Prison in France: Terrorism and Islamism
by Yves Mamou
January 23, 2018 at 7:00 am
https://www.gatestoneinstitute.org/11787/france-prison-islam-terrorism 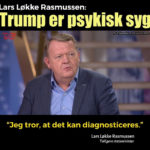