After the Manchester terrorist attack, it was revealed that there are not “just” 3,000 jihadists on the loose in the UK, as the public had previously been informed, but rather a dismaying 23,000 jihadists. According to The Times:

“About 3,000 people from the total group are judged to pose a threat and are under investigation or active monitoring in 500 operations being run by police and intelligence services. The 20,000 others have featured in previous inquiries and are categorised as posing a ‘residual risk”‘.

Why was the public informed of this only now?

Notably, among those who apparently posed only “a residual risk” and were therefore no longer under surveillance, were Salman Abedi, the Manchester bomber, and Khalid Masood, the Westminster killer.

It appears that the understaffed UK police agencies and intelligence services are no match for 23,000 jihadists. Already in June 2013, Dame Stella Rimington, former head of the MI5, estimated that it would take around 50,000 full-time MI5 agents to monitor 2,000 extremists or potential terrorists 24 hours a day, seven days a week. That amounts to more than 10 times the number of people employed by MI5. In October 2015, Andrew Parker, director general of the Security Service, said that the “scale and tempo” of the danger to the UK was at a level he had not seen in his 32-year career.

British politicians appear to have consistently ignored these warnings and allowed the untenable situation in the country to fester until the “new normal” became jihadists murdering children for Allah at pop concerts.

Given the prohibitive costs of monitoring 23,000 jihadists, the only realistic solution to this enormous security issue appears to be deporting jihadists, at least the foreign nationals among the 3,000 monitored, because they pose a threat. British nationals represent a separate problem, as they cannot be deported. Nevertheless, deportation has been an underused tool in the fight against Islamic terrorism: politicians worry too much about international conventions of human rights — meaning the human rights of jihadists and convicted terrorists, rather than the human rights of their own populace.

According to findings by the Henry Jackson Society in 2015 — as, unbelievably, the Home Office said it did not keep figures on the numbers of terror suspects allowed to remain in the UK by the courts — from 2005-2015, 28 convicted or suspected terrorists were allowed to stay in the UK and resist deportation by using the Human Rights Act. According to both the European Convention on Human Rights and the British Human Rights Act, individuals are protected against torture and inhuman or degrading treatment. As these 28 terrorists are all from countries with poor human rights records, they get to stay in the UK by claiming they would face torture if deported to their country of origin.

“Being unable to deport foreign national security threats is an issue that has plagued successive governments. The coalition government has not shown itself able to resolve problems with the legislation that makes this the case any more than its predecessors. This must change – and quickly.”

There is no mysterious force preventing a change in legislation; all that is needed is the political will to leave the international conventions that currently prohibit or make impossible such deportations. Already in 2015, then Justice Secretary Chris Grayling said:

“It would simply never in a million years have occurred to the authors of the original Convention on Human Rights that it would one day end up in some form being used as a justification to stay here by individuals who are a danger to our country and our way of life.

“I do not believe that we should be in a position where we are hamstrung in a way that makes it more difficult to protect our citizens. We need urgent, wholesale reform of human rights laws in this country to make sure they cannot be twisted to serve the interests of those who would harm our society.”

Many politicians pretend that those international conventions are eternal, virtually divine, instruments of law to which they are bound forever. This kind of false pretense is not only reckless, but criminal in an age where these conventions have become tools used against the most basic freedoms — physical security, the right to life — of the citizens that they were meant to protect. None of the authors presumably intended these conventions to be abused as convenient tools in “lawfare” to protect terrorists and their supporters. 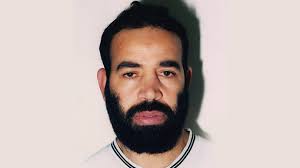 An example of such abuse is the treatment of a convicted al-Qaeda terror fundraiser, Baghdad Meziane. He had links to the Paris attacks; was jailed for 11 years in 2003 for running a terror support network, and is still residing in the UK after using the Human Rights Act to prevent deportation to his native Algeria. After serving his sentence, he is free to continue his terrorist business in the UK.

A small part of the failure of the UK police forces to deal effectively with the thousands of jihadists lies in flawed priorities, at least going by the latest reports. According to Cambridge News, a police helicopter and 10 officers were sent to a home in Cherry Hinton after a complaint from members of the public that the music was too loud. Initially, one officer was sent to the scene, but more arrived and the helicopter was deployed after the officer apparently “took offence” at a song mocking dead terrorist Osama Bin Laden being played, pressed her “panic button” and called in reinforcements. The people at the small drinking party are, according to the Cambridgeshire police spokesman, now being investigated for committing “an alleged incident of incitement of racial hatred.” What, after all, could be more urgent than investigating a drinking party where a Bin Laden parody song was played, with only 23,000 jihadists out and about on the streets of Britain?

The problem of jihadists on the loose is of course not limited to the UK. Recently, a Syrian who arrived in Sweden as a “refugee” in 2015 was acquitted in court of attacking Shia Muslims with firebombs in Sweden. However, having said in monitored conversations that he sees himself as a jihadist who wants to become a martyr and considering that he has been in touch with ISIS, Swedish intelligence deemed him too dangerous to stay in Sweden, so the immigration authorities sought to have him deported to Syria. They did not succeed: the law does not permit his deportation to Syria, as he risks being arrested or executed there. Instead, he was released and is freely walking around in Malmö. Because in Sweden the human rights of an aspiring terrorist foreigner are evidently more important than the human rights of the citizens he wishes to murder.

In short, the policy of doing nothing about the issue of deportation and its clash with outdated human rights conventions, appears to be a deliberate policy in several European countries. The question arises, is Europe actively choosing to commit suicide?

Europe: Choosing Suicide?
by Judith Bergman
June 10, 2017 at 5:00 am
https://www.gatestoneinstitute.org/10453/europe-choosing-suicide