Jihad is spreading violence — and succeeding. “Of the last sixteen years,” notes Ayaan Hirsi Ali in her new book, The Challenge of Dawa, “the worst year for terrorism was 2014, with ninety-three countries experiencing attacks and 32,765 people killed.”

“The second worst was 2015, with 29,376 deaths. Last year, four radical Islamic groups were responsible for 74 percent of all deaths from terrorism: the Islamic State (also known as ISIS), Boko Haram, the Taliban, and al-Qaeda. Although the Muslim world itself bears the heaviest burden of jihadist violence, the West is increasingly under attack”. 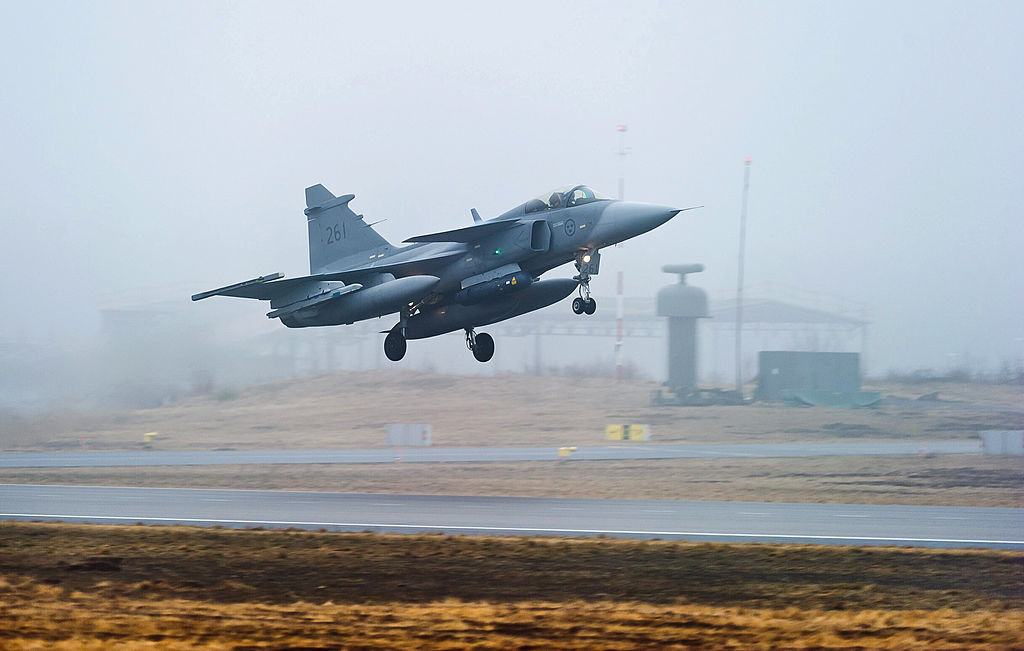 Hirsi Ali’s research, supported by the Hoover Institution, is a summary of the war on terror since the extremist Muslim attacks on the United States in September 2001:

“Since 9/11, at least $1.7 trillion has been spent on combat and reconstruction costs in Iraq, Syria, Afghanistan, and Pakistan. The total budgetary cost of the wars and homeland security from 2001 through 2016 is more than $3.6 trillion. Yet in spite of the sacrifices of more than 5,000 armed service personnel who have lost their lives since 9/11, today political Islam is on the rise around the world”.

According to Hirsi Ali, the West is “obsessed” with terror and this makes it blind to the broader threat, dawa, outreach: the ideology behind the terror attacks.

How large is the worldwide jihadist movement? More than we thought.

“In Pakistan alone, where the population is almost entirely Muslim, 13 percent of Muslims surveyed—more than 20 million people—said that bombings and other forms of violence against civilian targets are often or sometimes justified in order to defend Islam from its enemies… According to one estimate, 10−15 percent of the world’s Muslims are Islamists. Out of well over 1.6 billion, or 23 percent of the globe’s population, that implies more than 160 million individuals”.

According to Hirsi Ali, along with drones, counter-terrorism and security measures, the West needs to invest in an ideological war against radical Islam. If terrorist violence is the jihadi hardware, its software is radical Islam. To cripple the hardware, you have first to block the software.

The Islamic world is investing in “dawa“, or Islamic propaganda. “Since the early 1970s, Middle Eastern charities have distributed $110 billion, $40 billion of which found its way to sub-Saharan Africa and contributed heavily to Islamist ideological indoctrination there”, Hirsi Ali writes.

Under Leonid Brezhnev, the Soviet Union’s leader in the 1970s, Communism started failing to seduce the masses with its promise of a new society. The Communist utopia started to creak much before the collapse of the Berlin Wall in 1989. It began when the powerful ideological myth of Communism was replaced by socialism, which has been visibly destroying one economy after another. That was Ronald Reagan’s major achievement in his long war against the Soviet Union: presenting Communism as a joke — exposing the lies of the Soviet regime, exposing the misery under which its people were living, and explaining why Western values were preferable to Communist ones. This is exactly what the West, Hirsi Ali explains, should be doing with radical Islam.

William Rosenau observed that, “the United States has so far failed to conduct anything approaching an effective counterideological campaign against al-Qaida”. That was also former U.S. President Barack Obama’s fatal approach to dealing with the Islamic State: apparently for his own reasons, he refused to name what ISIS was really about: a global caliphate secured through a global war.

U.S. President Donald Trump’s major achievement so far is to have named the enemy: “radical Islamic terrorism“. Those are the three words that separate Trump from the rest of establishment. Trump’s several appointees, such as Steve Bannon, have rightly described this war, like the wars against Nazism and Communism, as primarily an “ideological struggle to preserve Western civilization“.

“Western civilization”, however, does not seem to be what many liberals have in mind. Instead, they have been advocating multiculturalism, gender ideology, feminism, pacifism, and militant secularism.

Western civilization is a humanist vision in which Christianity integrated Jewish wisdom, Greek philosophy and Roman law, thereby giving Western culture its distinctive character: freedom of speech and of the press, equal justice under law, the primacy of the individual, separation of religion and state, freedom of religion and from religion, property rights, sexual equality, an independent judiciary, and independent education, among other values. This is what radical Islam wants to destroy. That is why terrorists are attacking our churches, the State of Israel and why they are subverting democracy to turn it into Islamic law, sharia.

David Thomson in his new book, Les Revenants, interviews French jihadists. One of them, Zubair, who grew up in a social housing project in Seine-Saint-Denis, defines jihad as a “response to the ideological vacuum” of the West. Islamic extremists in Europe are now filling the Western ideological vacuum by appealing to the masses. This is how radical Islam convinced 160 million Muslims to hate and fight the West.

Like communism, radical Islam is a powerful ideology based on a cultural war against these Western humanistic values: the Mohammed cartoons and the murders of the editors of the French satirical magazine Charlie Hebdo — as well as the torrent of laws and trials criminalizing freedom of expression — are a war against freedom of speech and of the press. The battle for women to wear the Islamic veil is a war against the freedom of women to wear what they like and not be looked on as prostitutes. The global appeal for “transformation” is a war against the democratic governance by men and for establishing a Caliphate ruled by Allah.

The supposed rejection of class and ethnic distinctions means that a huge number of Europeans are converting to Islam. Agitation and propaganda — especially against Jews, Christians, minority groups and supposed Muslim “apostates” — lays bare a conspiratorial mindset.

During the Cold War, the West supported organizations such as the Congress for Cultural Freedom, which financed the anti-Communist publishing industry through books and magazines, as well as media outlets, such as Radio Free Europe, and an aggressive ideological warfare in Europe with pro-American and pro-Western messages. But today?

Worse, the opposite is taking place: Western governments are blaming newspapers and journalists for the Mohammed cartoons affair. The publishing industry, every time it censors books about Islam, is betraying freedom of expression. When the Arab-Islamic bloc in the corrupt United Nations erased the Jewish-Christian history of Jerusalem and other sites, Western democracies abstained. Western liberal media defended symbols of Islamic propaganda, such as the female veil, as symbols of emancipation instead of oppression. And instead of supporting Islamic reformers and dissidents, Western elites are abandoning them. The elites seem to prefer dialogue with “non-violent Islamists”. Ask Ayaan Hirsi Ali. After being targeted by a petition of Muslim activists and human rights militants, she was recently forced to cancel a tour in Australia, ostensibly for “security reasons“.

In France, Islamists continue to build “two new mosques per week“. Why are Western democracies, as part of their diplomatic relations with the Arab-Islamic world, not requiring churches to be built? Instead, Western public opinion has become accustomed to the idea that mosques belong to Europe’s landscape while extremist Muslims go about destroying churches in Syria and Iraq.

If we do not want to lose the ideological war against Islam, it is not too late to reverse the trend — but time is running out fast.

New Ways of Responding to Extremist Islam
by Giulio Meotti
April 10, 2017 at 5:00 am
https://www.gatestoneinstitute.org/10178/responding-to-extremist-islam