More than 20,000 Syrians have settled in the area around Al Qaa, according to local officials. Some rented empty apartments or farmhouses and took jobs as day laborers, while local and church officials helped the least fortunate secure basic services.

But the Syrians’ overwhelming numbers have made many nervous.

“We welcomed them and helped them, thinking that it was a short-term crisis,” said Mr. Nader of the town council. But as the war dragged on, destroying Syrian towns, many began to worry that the Syrians would never go home, he said, or that the extremism spreading in Syria would erupt in Lebanon.

Then, on the morning of June 27, a father and son from the town’s only Muslim family were eating the pre-dawn meal in preparation for the Ramadan fast when they spotted a stranger in their garden. When they confronted him, he blew himself up, wounding them both.

The blast was so loud that some residents thought they were being bombed from the air. When neighbors and the town’s ambulance rushed to the site, another attacker targeted them, also blowing himself up. Then another, and another.

Soon, the ambulance was smashed, five residents were dead, and others were on their way to the hospital.

That evening, residents were outside the church preparing for the funerals of the five killed in the morning when they saw a stranger approaching. One of the residents shot him, and he blew up. Other attacks followed near the church, a security office and an army vehicle, wounding dozens.

The attacks baffled the town’s residents, as they have played no role in the Syrian crisis. The Islamic State and the Syrian branch of Al Qaeda both have a presence across the border in Syria and regularly carry out suicide bombings. No group has claimed responsibility.

“Now, people won’t accept that the situation continues like this,” Mr. Nader said. “I welcomed you, and you hit the hand that I extended.”

The price for some refugees in Al Qaa was swift. Residents told them that they had 72 hours to get out, and no Syrians appeared on the streets on Wednesday. A group of shacks where refugees had lived on the edge of town stood empty, the locks on their doors broken and chickens left behind pecking at the dust. 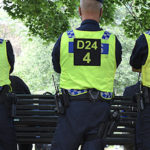 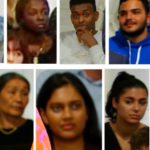